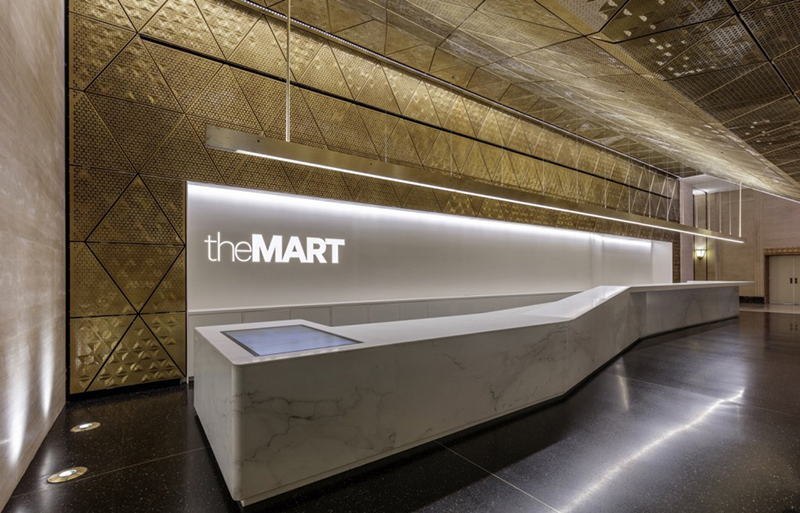 In 2007 Andreu World opened its Chicago showroom in the Merchandise Mart (theMart) where NeoCon is held on annual basis. Nine years later the Spanish design company not only had a triumphant exhibit at this year’s trade show, scooping a number of awards for its innovative seating and tables, but it has contributed to furnishing the recently redeveloped theMart with many of its original designs. 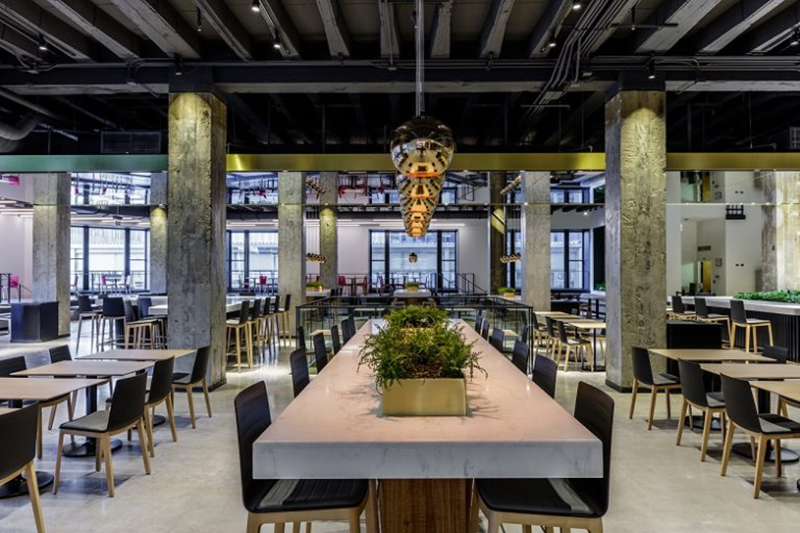 The Merchandise Mart, developed by retailer Marshall Field & Co. and opened in 1930, is an Art Deco landmark on the north bank of the Chicago River. Once the world’s largest building, it is famous for bringing together the best in architecture and interior design vendors from across the United States, and now from around the world. While some of theMart has since given way to high-tech office space there is still a booming showroom business that draws 50,000 attendees during the annual NeoCon fair.

New York-based architecture, strategy and design firm A+1 led the three-year design progress that saw the $40 million renovation of theMart’s ground floor common areas. Transformed into a sleek and modernised space, the design of theMart places a high premium on form and function, much like the vendors that exhibit there. 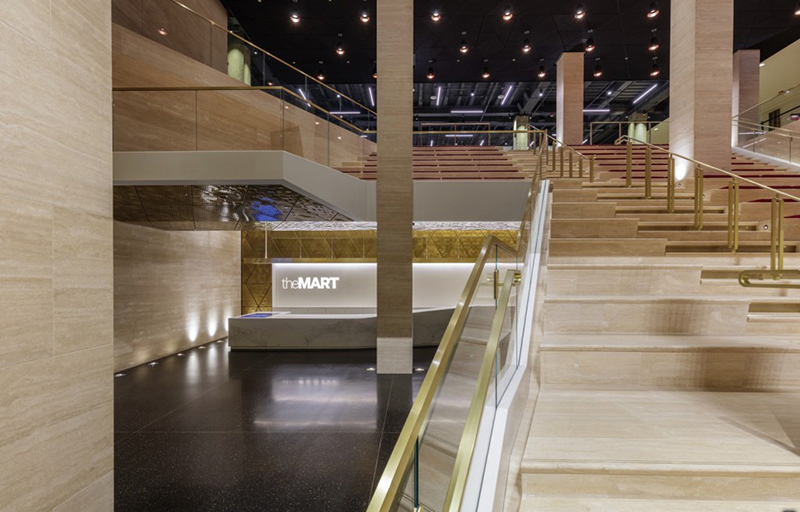 The Grand Stair is the marble centrepiece of the monumental building, connecting the ground and first floor, and providing auditorium-style seating for those who want to linger. Other developments include the multi-purpose lounge with spectacular views of the Chicago River and skyline; the reinvigorated food hall; and the outdoor green space, River Drive Park, decked out with alfresco seating. 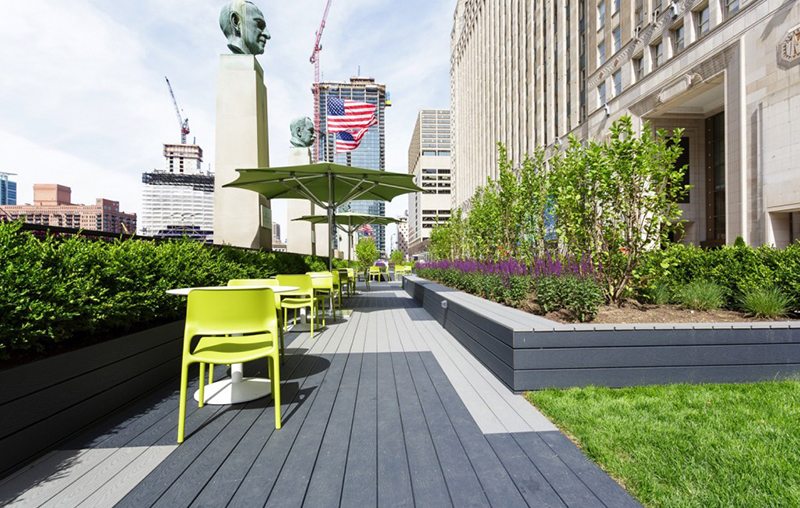 Of course the furniture in the lounge, food hall and other public areas is second to none with many world-renowned contemporary-design companies having showrooms in theMart. This includes Andreu World’s Brandy armchair by Lievore, Altherr & Molina in the lounge, and comfortable red and black Flex chairs and stools by Piergiorgio Cazzaniga in the food court. 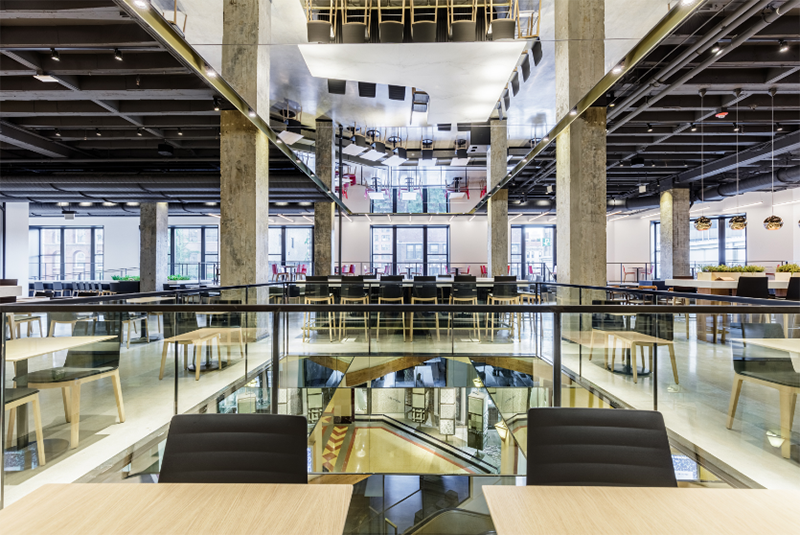 The Merchandise Mart holds a pivotal place in Chicago’s cultural and commercial history and the revitalised theMart continues that tradition. Indeed while the exterior might speak to modern design of the 1930s, the interior is now squarely at the forefront of contemporary design in the twenty-first century. 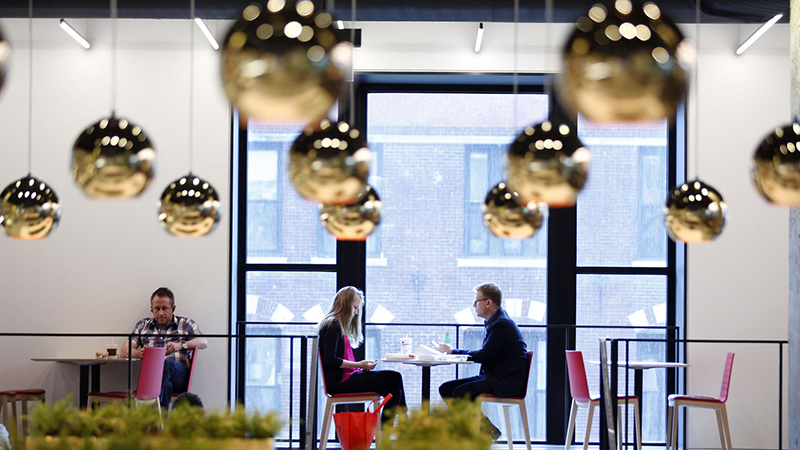 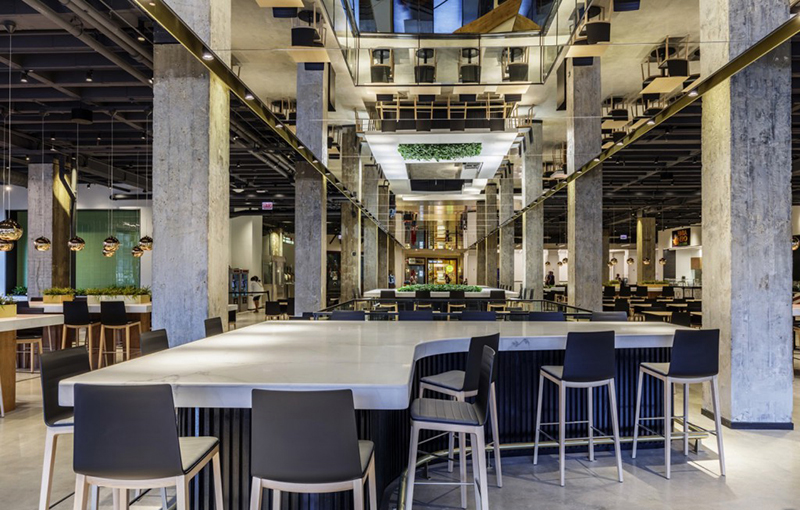 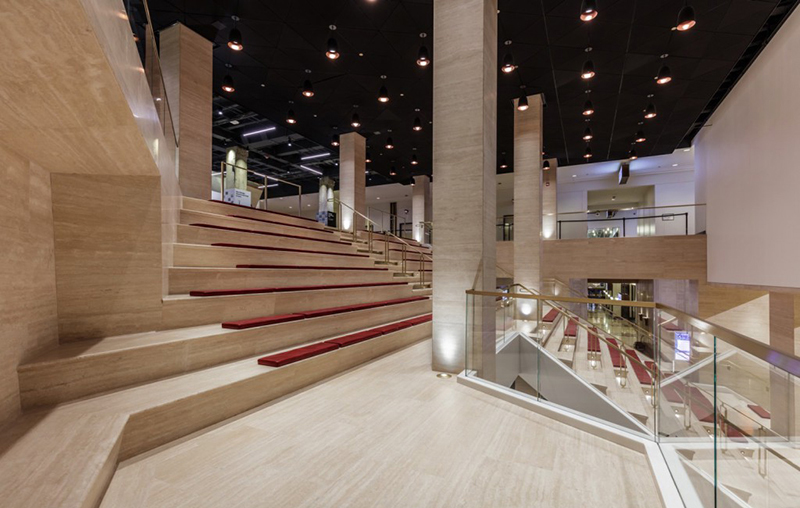 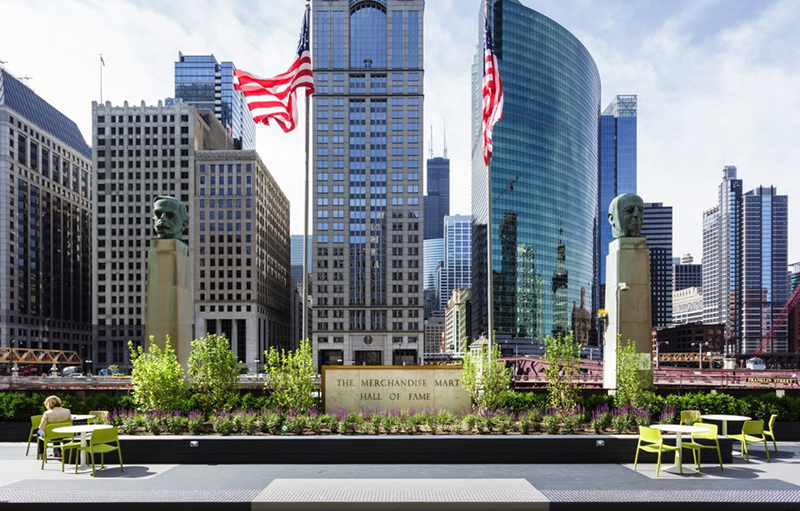