KE-ZU welcomes back an Icon: Artifort Ribbon Chair returns to our Sydney Showroom. 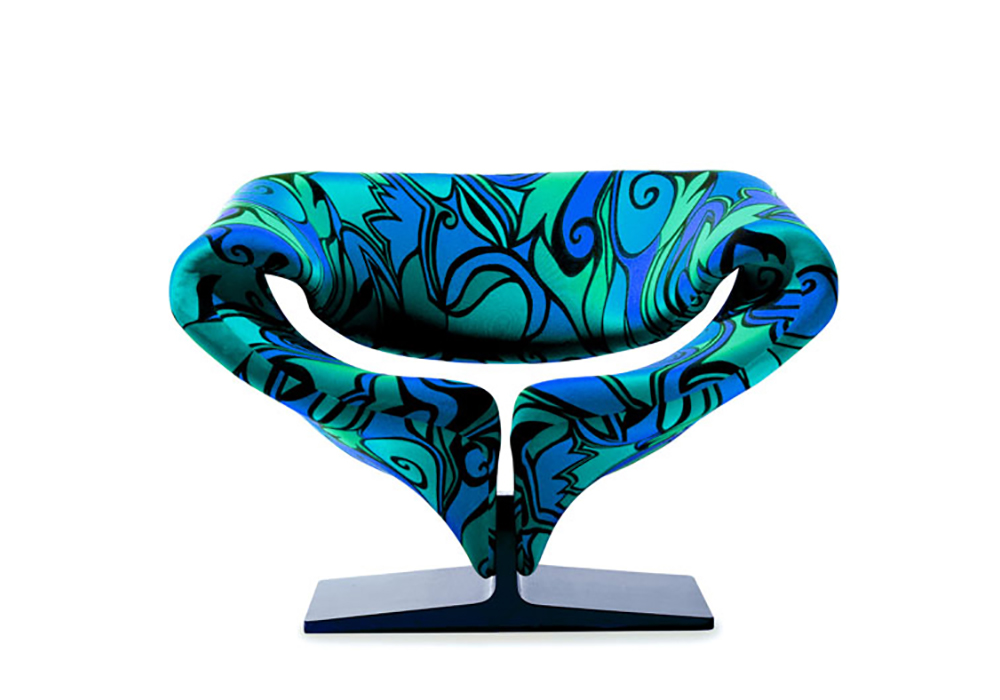 Artifort’s Ribbon Chair is a design classic that is as captivating today as when Pierre Paulin designed it in 1966. Like all of Paulin’s seating, it blends invention and industrial innovation with the exploration of comfort and organic forms.

Born in France in 1927, Paulin grew up in the northwest city of Laon and from an early age was inspired by two male role models. His uncle Georges Paulin designed motorcars for a coachbuilder that worked with Peugeot, Bentley and Rolls Royce; and his great-uncle Freddy Balthazar Stoll was a sculptor and student of Rodin. The creativity of Paulin’s uncle and artistry of his great uncle would not only influence Paulin’s career path, but also the sculptural and three-dimensional forms he would later produce. 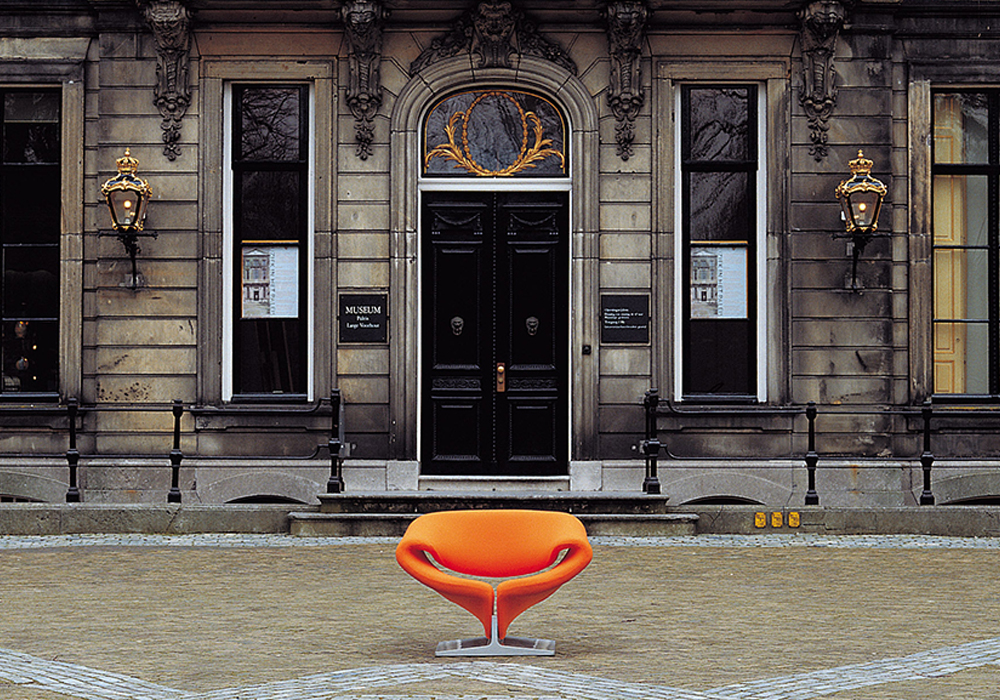 Following World War II, Paulin attended École Camondo in Paris where he studied stone carving and clay modeling, developing his ability to imagine objects in three dimensions. His teacher suggested he join the workshop of Marcel Gascoin, one of the creators of the Union des Artistes Modernes (UAM), and there he learnt about Scandinavian aesthetics and the role of design in society. After his graduation, Paulin gained employment at the Galeries Lafayette department store and working in the interior decoration service he was introduced to the furniture of Charles Eames, Harry Bertoia and George Nelson.

Paulin began producing and showing his own furniture in 1953 and quickly caught the attention of Thonet-France for who he developed a line of desks and chairs. He also attracted the eye of Kho Liang Ie at Artifort and in 1958 began collaborating with the Dutch brand. He experimented with forms and materials, including new foam rubber and “stretch” swimwear material, and researched the relationship between the body and furniture. 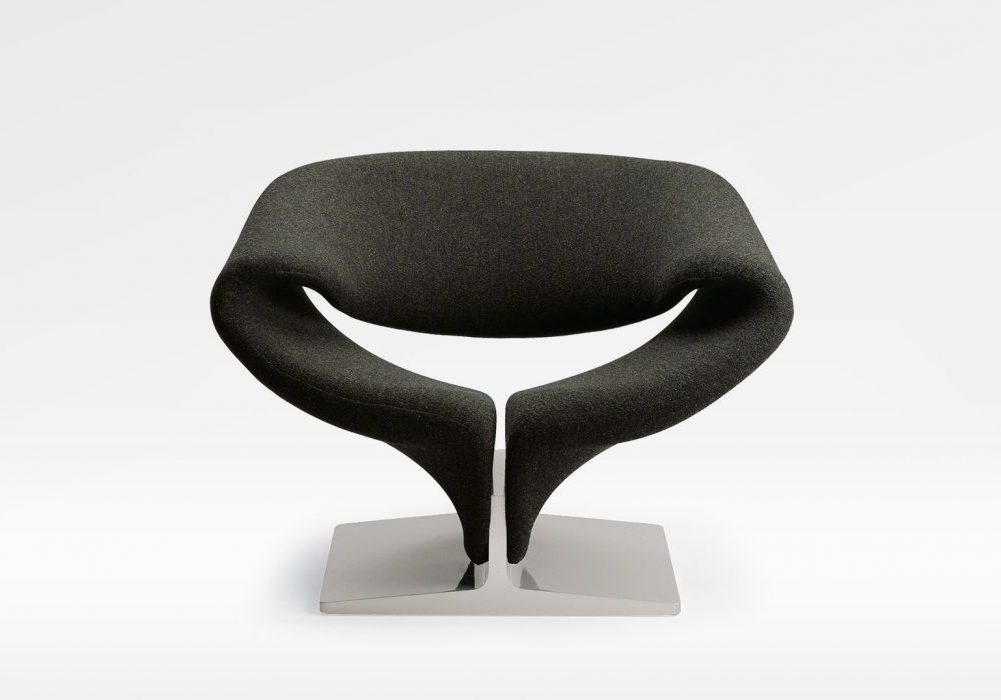 Over the next two decades Paulin created a series of chairs that demonstrated his approach to furniture: that a chair should be more than simply functional – “It should be friendly, fun and colourful” – and that a chair should be body friendly. From the Orange Slice and the Globe chairs to the Mushroom, Tongue, Tulip, Pumpkin and Ribbon, the forms, colours and patterns of Paulin’s chairs were as expressive as their names.

Paulin designed the Ribbon chair in 1966. The contours of the Ribbon chair’s fluid looping form ingeniously serve as seat, armrests and backrest, and wrapped in colourful upholstery or psychedelic patterns it has retro-futuristic appeal. The Ribbon chair captured the mood of the late 1960s so much so that the famous John Lautner-designed residence Elrod House, which featured in the 1971 James Bond film Diamonds Are Forever, features three ribbon chairs. 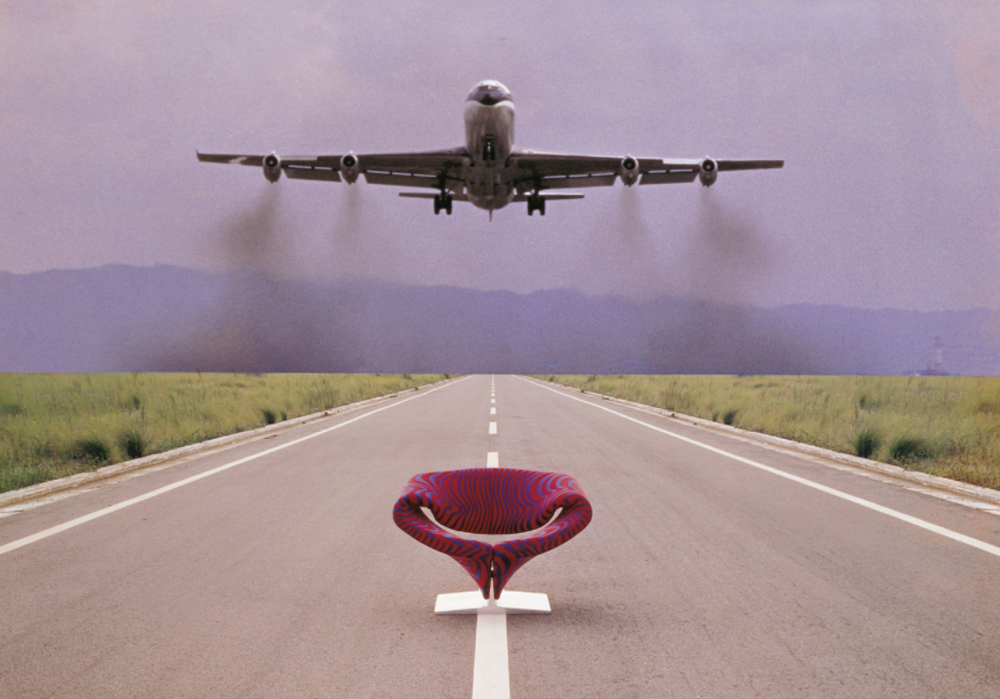 We have a new sample of Paulin’s Ribbon Chair upholstered in Jack Lenor Larsen’s Fire Bird fabric in our Alexandria showroom and it’s certainly worth dropping by to see.

The Artifort Ribbon Chair is available at KE-ZU now.