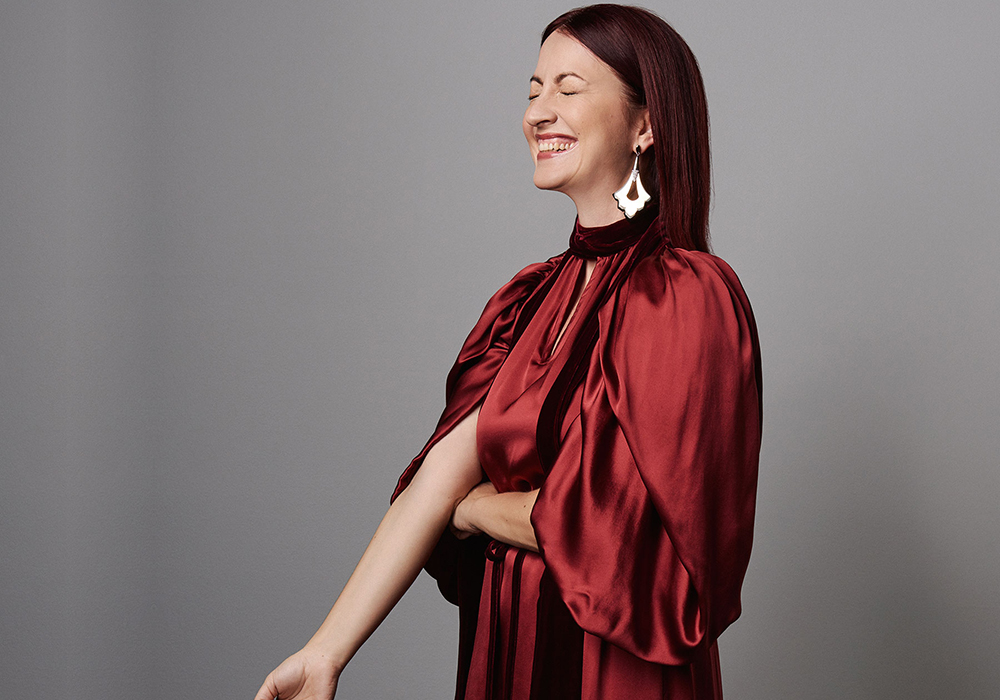 We were fortunate a few weeks ago to have Dana Tomic Hughes, interior designer and founder of Yellowtrace, share her personal highlights of her recent tour to six of our brands’ factories and showrooms in Europe.

Presenting on 3 August 2017, Dana helped demystify the production process of some of the world’s leading furniture and lighting suppliers in what was to be an interesting and humourous presentation to over 100 guests.

“Each of the factories was mesmerising in its own right. Witnessing each brand on its home ground and in its own context gives you a totally different understanding of what the brand stands for and what it’s about.” – Dana Tomic Hughes 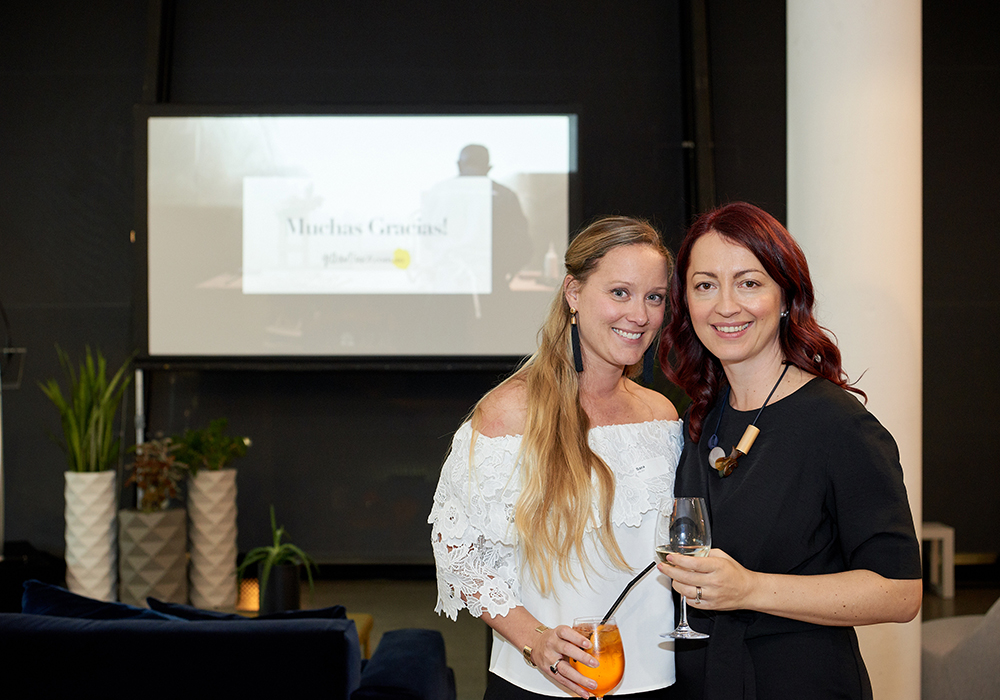 Join us as we recap her experiences and share some highlights from the evening below.

Artifort’s showroom and production facilities are 100 kilometres south of Amsterdam in Schijndel. The showroom has a “wall of fame” with Artifort’s most iconic pieces, including the classic Nest and Groovy chairs designed by Pierre Paulin in 1962 and 1973 respectively, and the more recent Bras Easy Chair by Khodi Feiz. 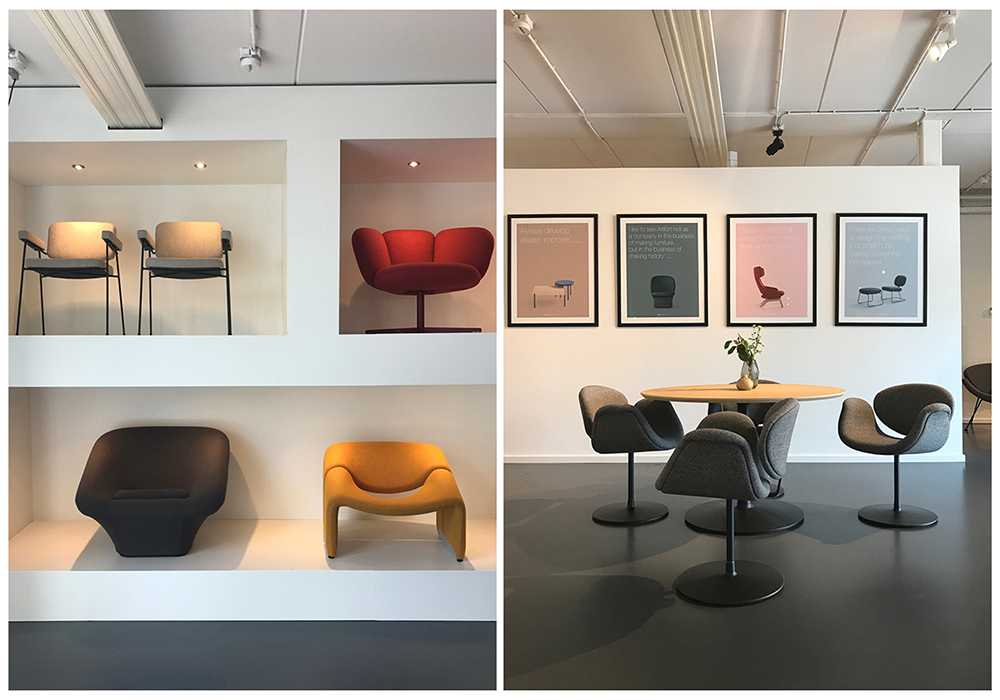 Dana highlighted the Dutch brand’s complex and intricate production processes, including the injection-mold machines for creating the curved shells of chairs (some of which take several molds to create), and the craftsmen hand finishing the table tops.

Artifort’s exceptional attention to detail was on display at its upholstery factory, where fabrics, stitches, and zips are perfectly colour matched; sample books showcase the variety of stitching details, and upholsterers and seamstresses undertake physical and labour intensive work for furniture that looks completely effortless once finished.

“The Artifort factory was well organised and ran like clockwork.” – Dana Tomic Hughes 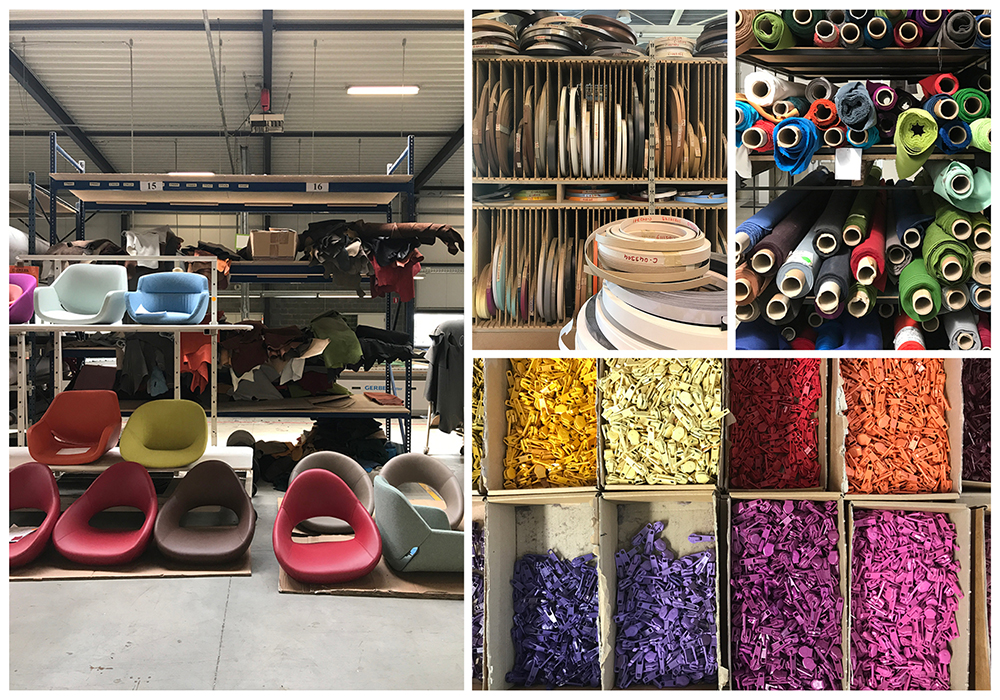 Francisco Andreu Marti founded the company in 1955 when he converted his family’s small woodworking workshop into a factory for producing bentwood parts and assembling and finishing chairs. More than 60 years on, and Andreu World is a large-scale production. 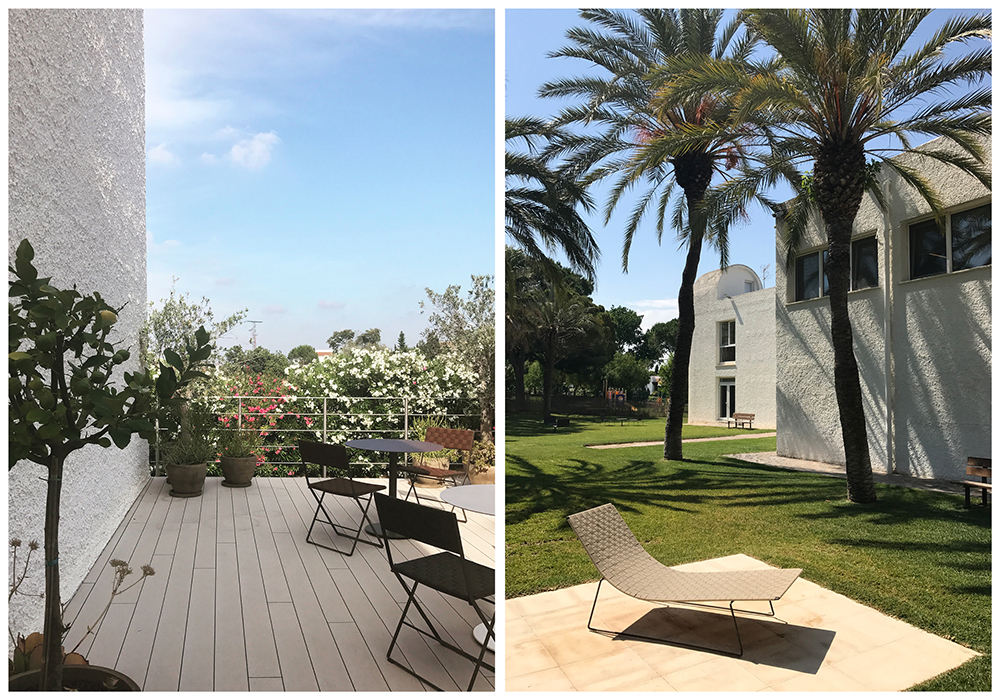 Andreu World mills its timber in Ukraine and assembles its products in its Valencia factory. Each piece goes through four stages of production and takes eight hours to make. It is first hand assembled, glued together and tested for stability. After being finished and sanded, every chair goes through quality control. Upholstery is the final stage, and the tour saw the laser cutting of leather hides. 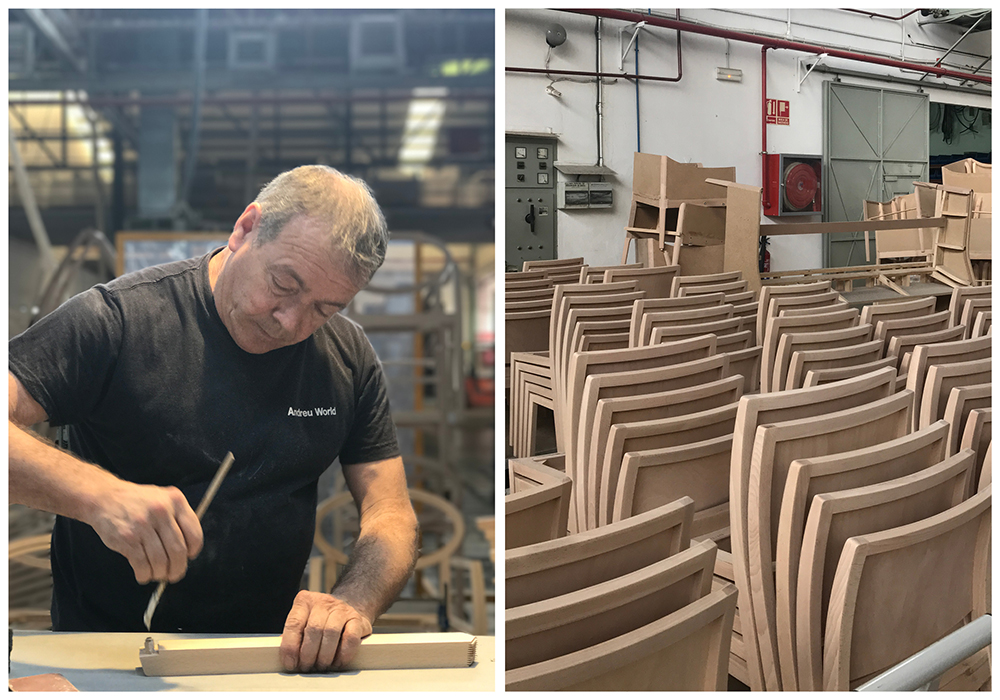 Described by Dana as a “mini escape from reality,” Andreu World’s showroom spreads across two floors of a 2000-square-metre space, including an idyllic outdoor space. Images and visual elements throughout the showroom celebrate the designers Andreu World has worked with, including Patricia Urquiola whose Nuez chair debuted at Milan this year. 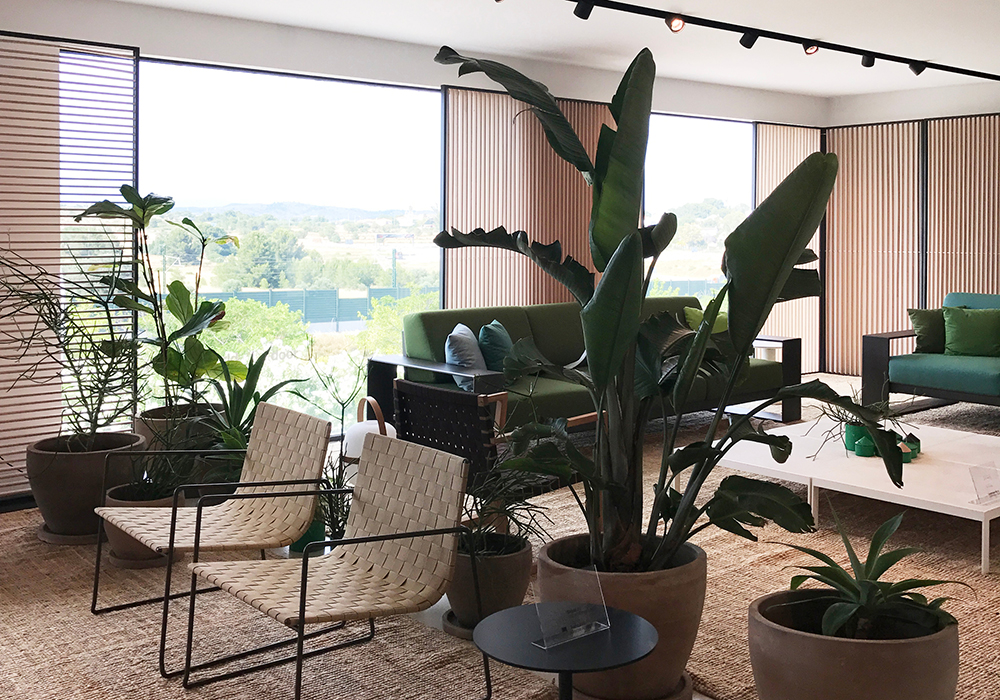 “Andreu World is an understated brand and the showroom tells a cohesive story that is very elegant and in many ways quite understated also.” – Dana Tomic Hughes

Expormim is located in an eighteenth-century building with a distinctive Hacienda feel. The designers saw how timber is steamed and bent into shape – “molded like butter” – as well as the efficiency and accuracy of the master craftsmen, one of whom has been making Expormim chairs for more than forty years. They also had the pleasure of meeting Alberto Sánchez of MUT Design, creators of the Nautica hanging chair.

“The basic elemental nature of the space is overwhelming in its beauty.” – Dana Tomic Hughes 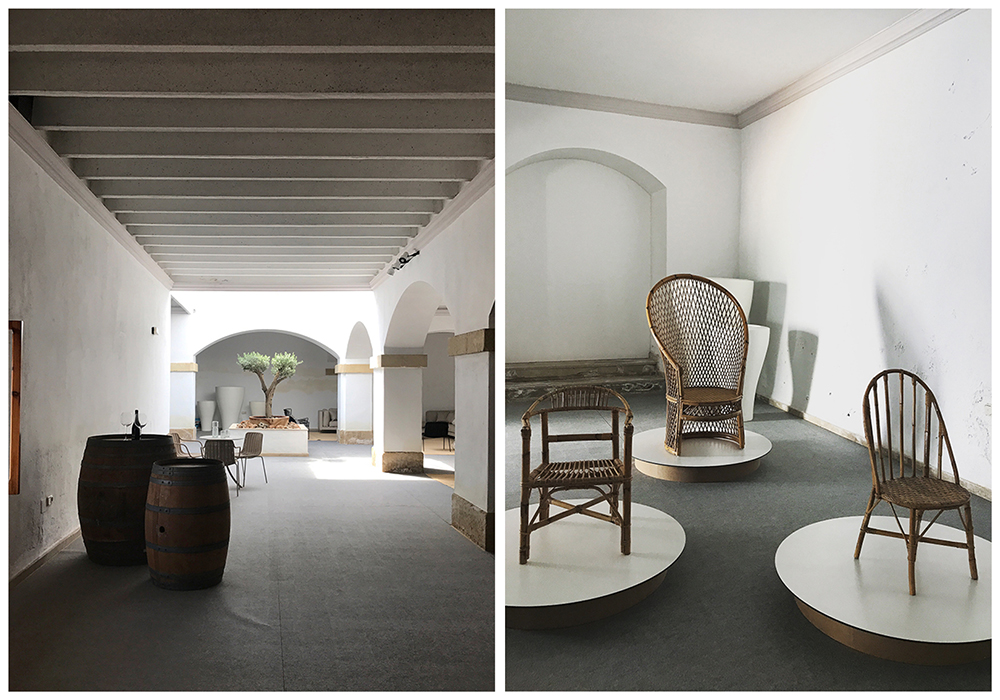 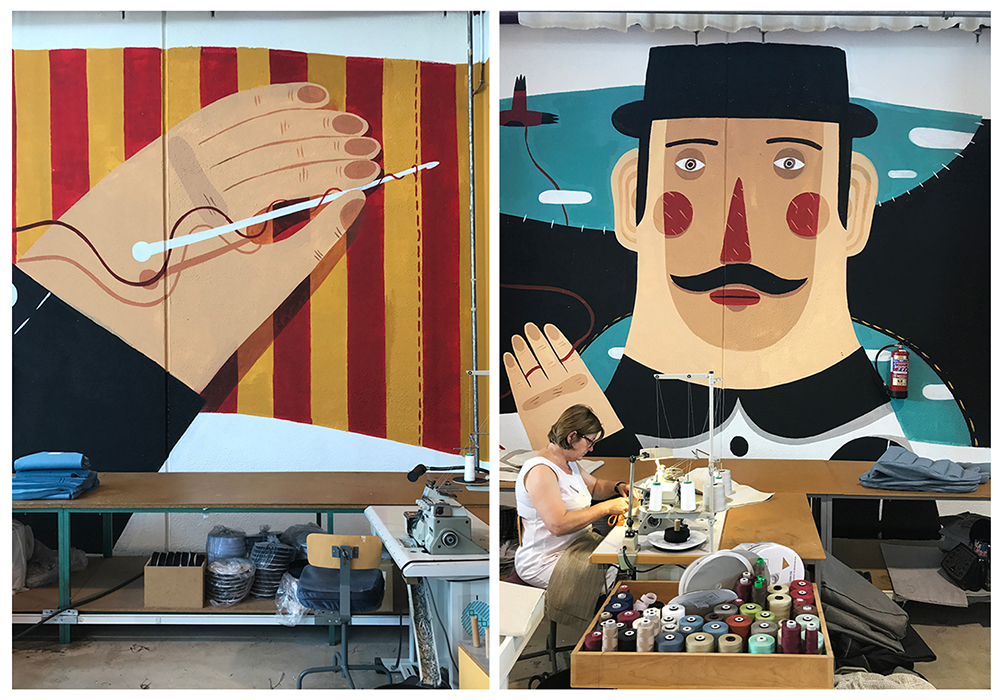 Sancal is located in Yecla, a town with a population of 40,000 people and 800 furniture companies. The tour of its large factory and showroom, described as a “fun space,” demonstrated how the brand’s sense of humour is expressed in every part of its production.

“Sancal knows how to market their brand. They never take themselves too seriously.” – Dana Tomic Hughes 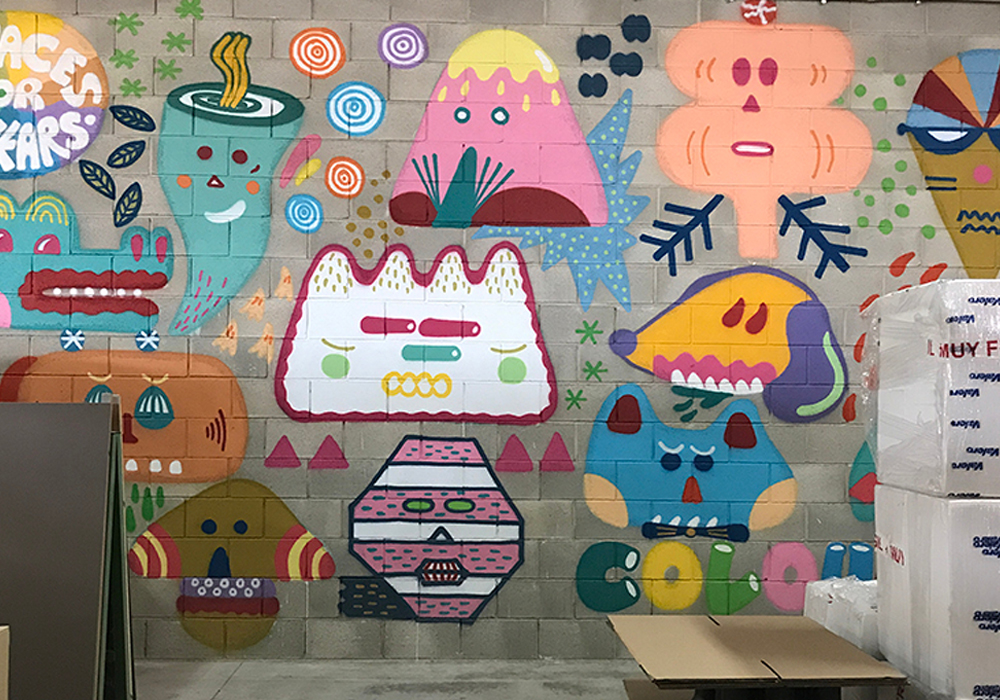 ENEA is known for tubular steel furniture and Dana described the factory as exuding the heat and smell of steel. The tour saw ENEA’s craftspeople powdercoating the steel frames, and spoke with the leadership team about Australian designer’ perspective on furniture.

“They approach products from an intelligent point of view and are trying to solve problems with their products. They don’t develop too many products, but everything works hard with a really clear purpose.” – Dana Tomic Hughes 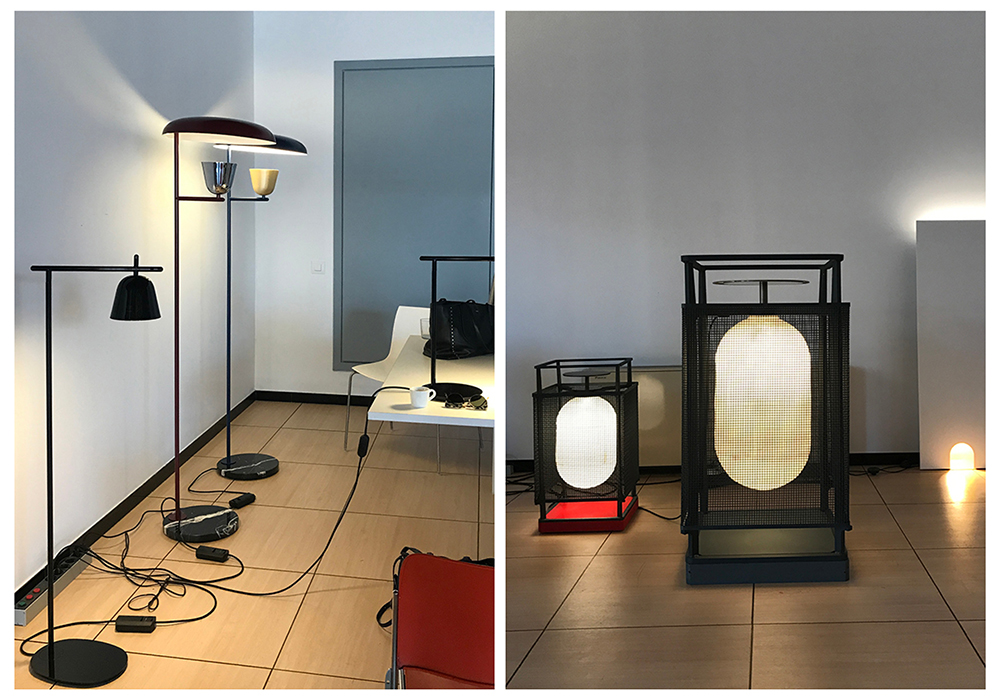 Parachilna was the final stop on the itinerary. Parachilna’s factory is in a nineteenth-century industrial complex originally built for a textile mogul in Colonia Güell. It’s a small production facility where Parachilna assembles its products, with all manufacturing done elsewhere. The tour group had the opportunity to see a prototype of a new Neri&Hu light; a collection of Jaime Hayon’s floor and table lamps; and the molten acrylic Gweilo by Partisans in which a sculptor molds thin sheets of LED bulbs into a dynamic piece.

“Parachilna was by far the youngest of the brands we visited and we could sense that in every way. But they are well on the way to establishing themselves as one of the great European studios working with such high calibre of designers” – Dana Tomic Hughes 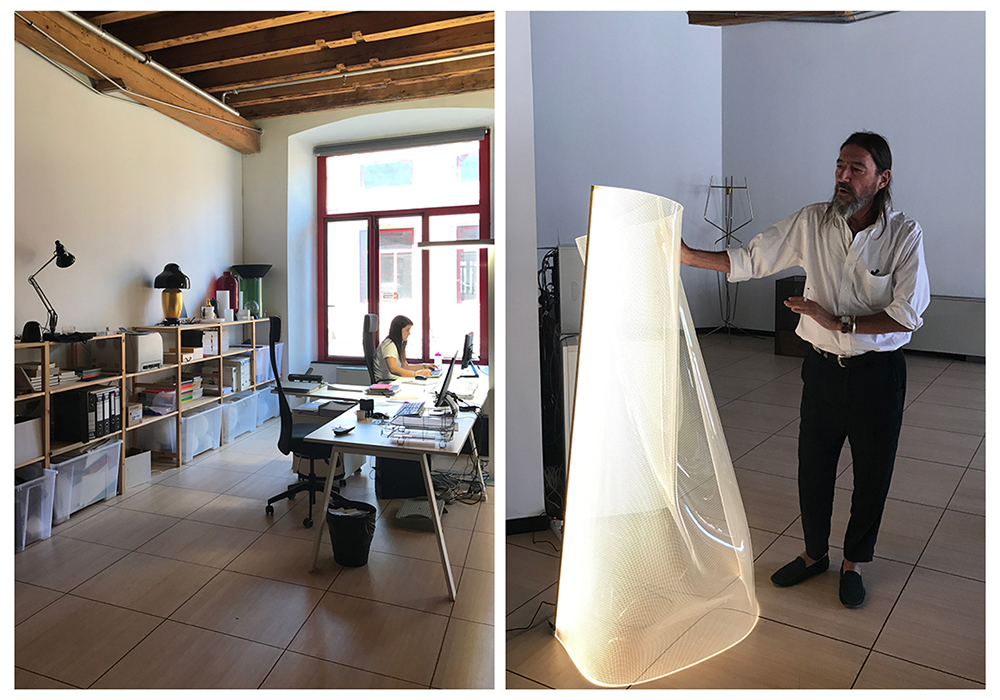 KE-ZU would like to extend our thanks to Dana for her informative and humourous presentation. Also thank you to Artifort, ENEA, Andreu World, Expormim, Sancal and Parachilna who hosted her and the other members of the KE-ZU tour group.

Visit kezu.com.au to explore our full collection of brands.