#KezuTakesMilan - Sancal de-coded: Enigma is no longer a mystery

In the lead up to Salone del Mobile Milan 2017, Sancal provided a cryptic video of what we could expect for it’s appropriately titled “Enigma” exhibition stand. Now all can be revealed.

Sancal’s stand opened the door to a fourth dimension between the real world and an imaginary world. As in an Edward Hopper painting, the window formed the principle architectural element providing views of Sammy Slabbinck's collages that depicted images of a landscape in which the corrupt, powerful and elite were getting their comeuppance.

If the outside of the stand was sobering, then the inside was surreal. Like the The Shining and Suspiria, it was based on a long central corridor leading visitors from one room to another. The work of Luís Barragán and his use of large sculptural blocks influenced the colour and geometry, while cans of food and packaged rice provided quirky and colourful decorative details.

But it was really seven new products that stole the show.

At the entrance of the stand, La Isla by Note took pride of place. Designed to provide a sense of place in “non-places,” such as transit areas, La Isla has seductive curves and soft upholstery for travellers and passers-by to rest and relax. With voluptuous back rests that partition the rounded form, it is a place for strangers to be separate but together. 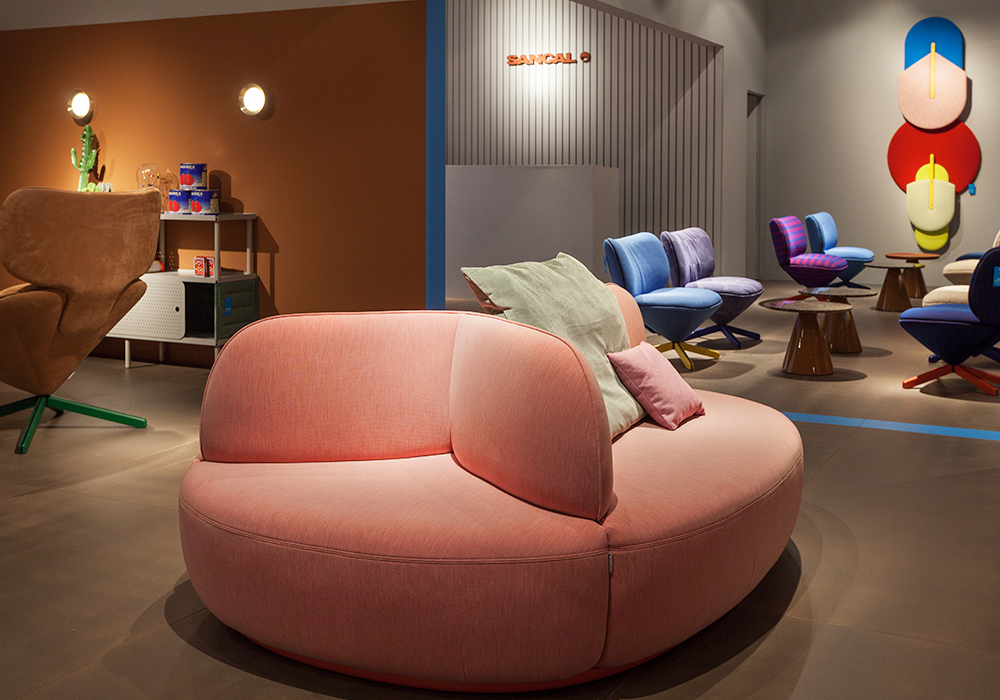 Deep by Rafa García is a new modular sofa that provides exceptional comfort in a compact space. With a small footprint and strict lines and angles, Deep has a bulbous interior that demonstrates simplicity need not be the opposite of luxury. 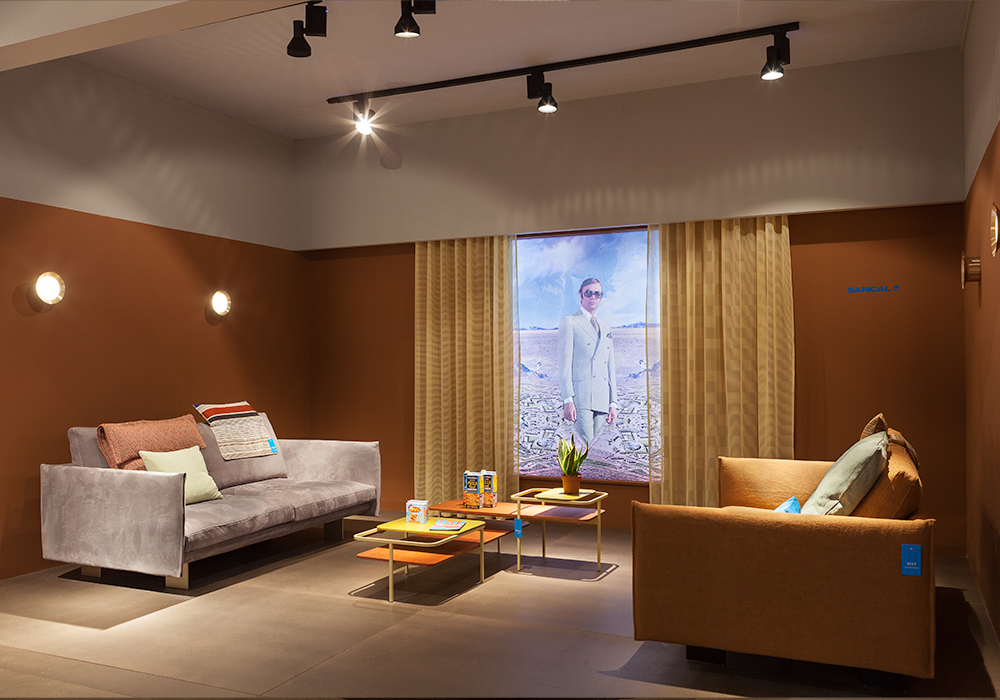 Estudihac designed Magnum, a range of soft seating that pays homage to British elegance and sophistication. The range of upholstered chairs, which includes stools, lounge and dining chairs, is inspired by the rounded shape of cognac glasses typically found in gentlemen’s clubs. 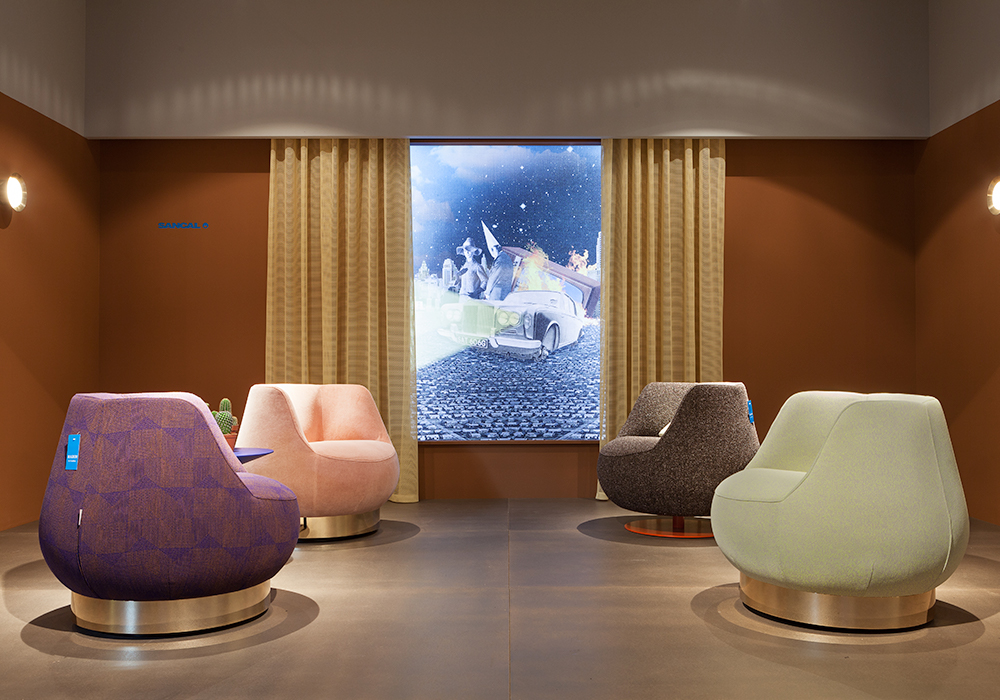 The Beetle, designed by Mut Studio, addresses the desire for sound-absorbing panels to also be attractive and decorative. Inspired by insects in the Natural Science Museum, the textile sculptures are colourful, playful and reminiscent of work by Memphis. 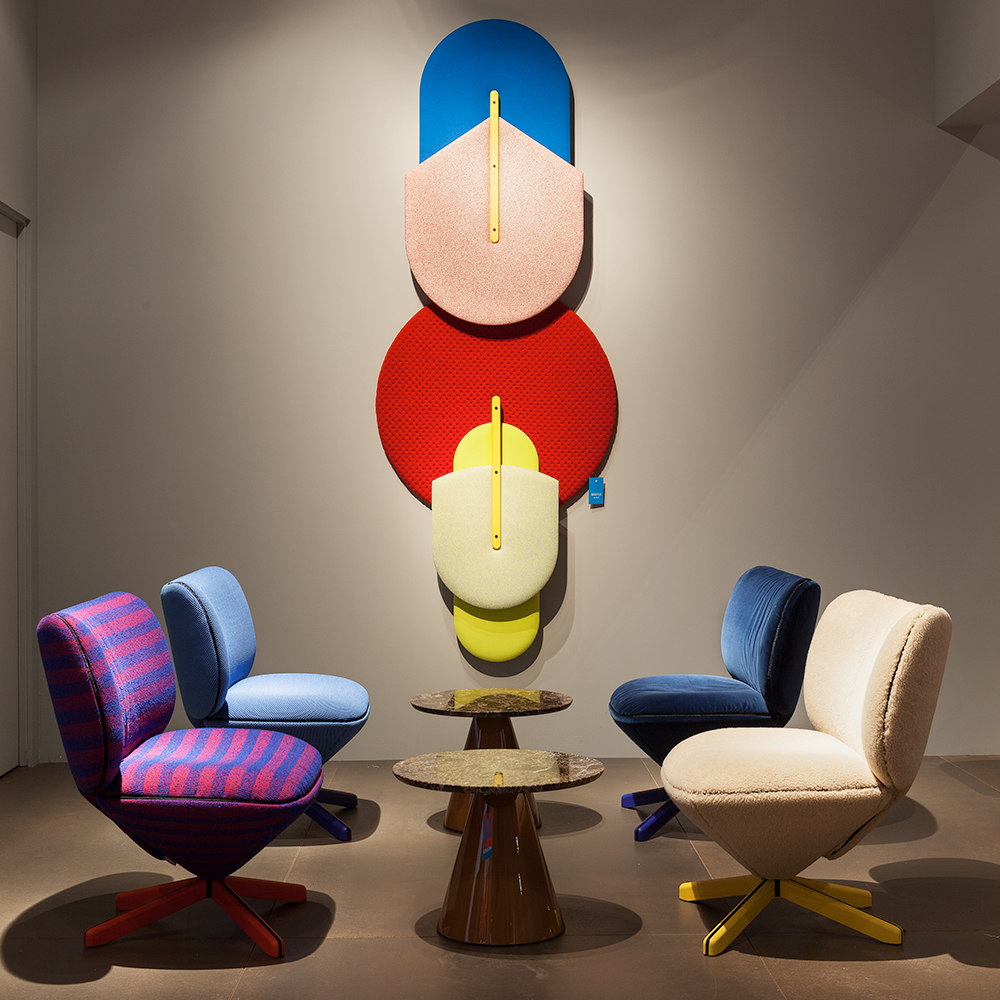 The Tortuga Lounge Chair by Nadadora evolved this year spawning two new mini versions . Less bucket-like than its original counterpart, the Tortuga Mini (above) is still intended to slow the pace of life.

Estante by Juan Ibañez is what Sancal describes as a “smorgasbord of textures.” The modular cabinet is composed of wood and metal with distinctive fabric elements that absorb sound, and can be used as a sideboard, bookcase, television stand or divider. 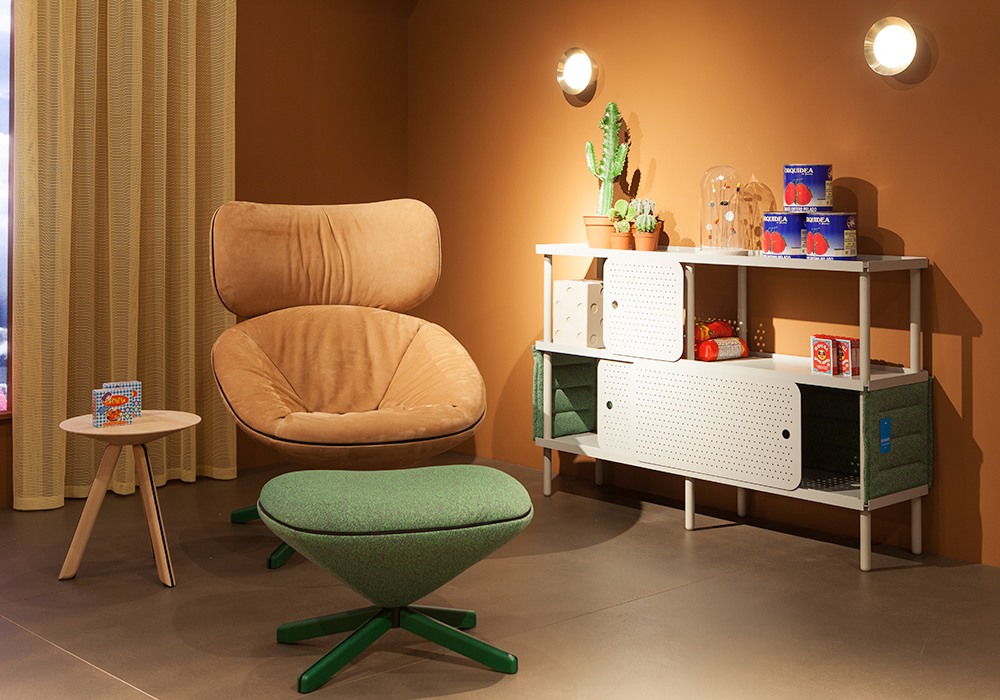 The Pion family of tables also evolved with the addition of Pion Petra by Ionna Vautrin. As with its predecessors the inspiration comes from chess pieces, but the latest version is also influenced by natural stone and the carved-out city of ancient Petra. Quartzite table tops are combined with quartz coloured bases and emperador gold marble is contrasted with tobacco lacquer. 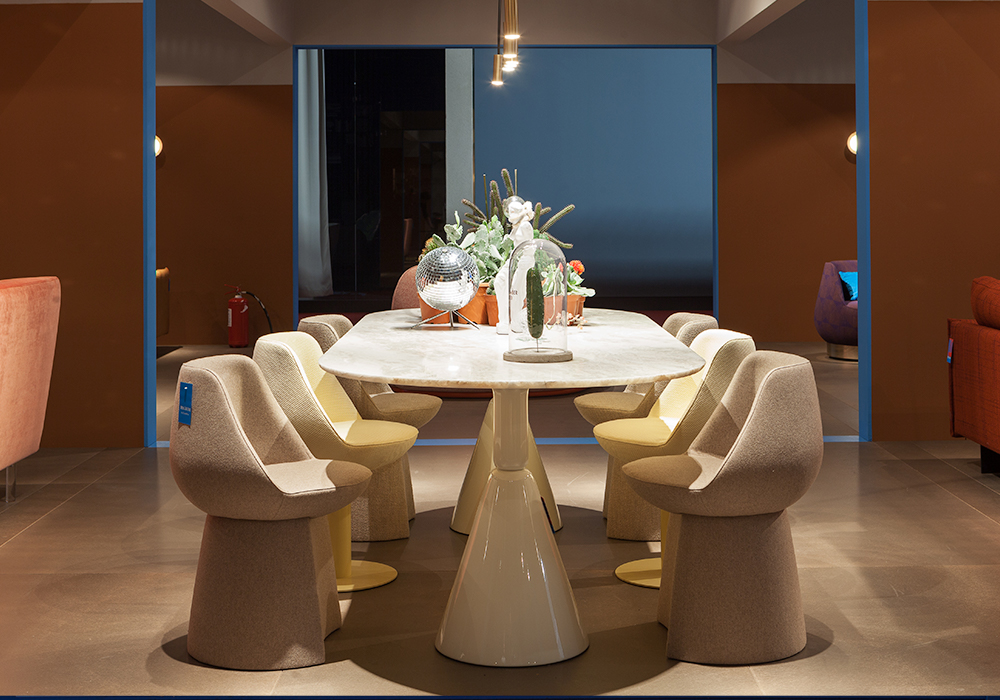 Drop by our showroom see the Sancal collection up close, or search the full collection at www.kezu.com.au.