#KezuTakesMilan : Life is Magic for Vondom 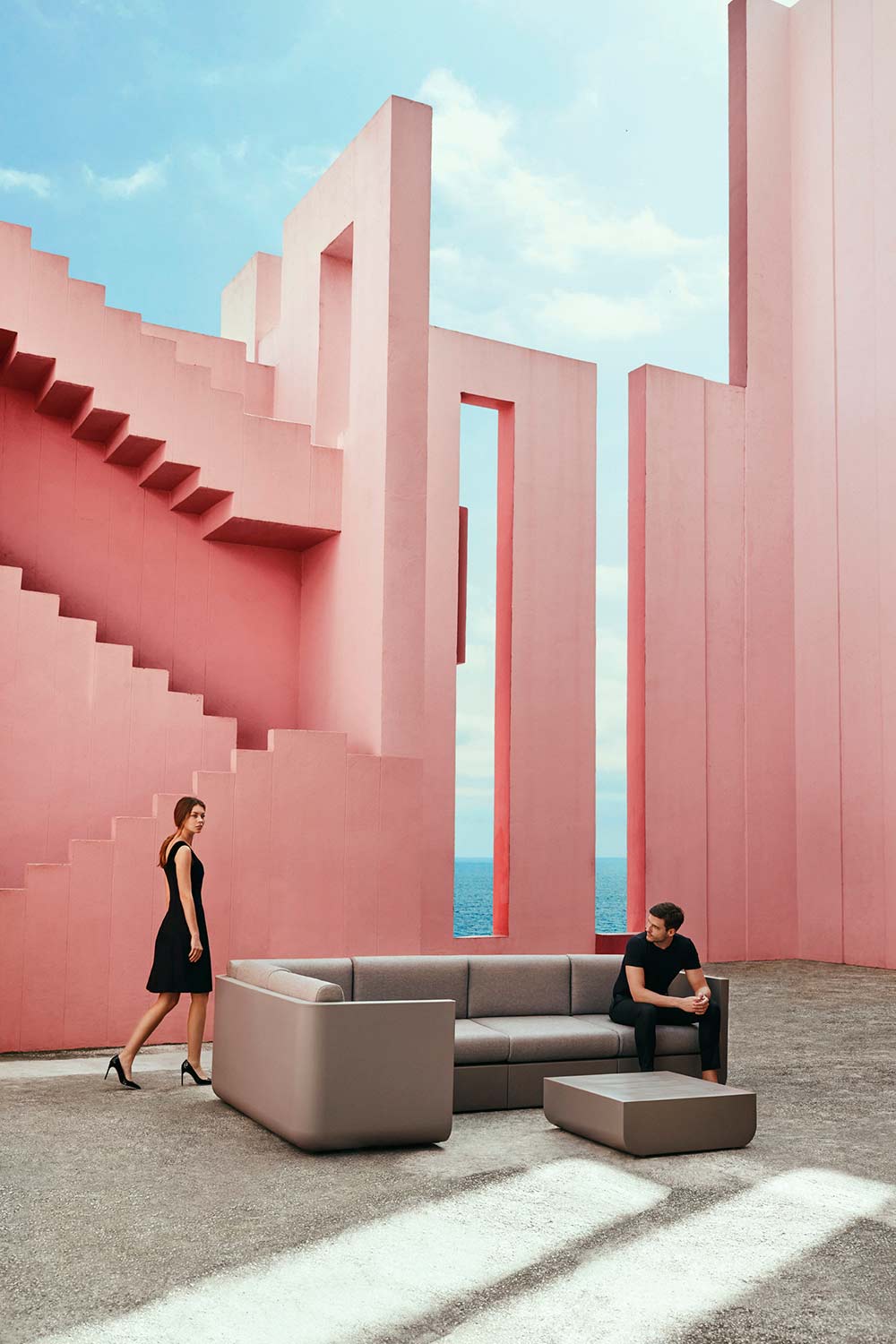 Vondom promised us versatile, organic and fresh designs this year and, as always, the Spanish brand has delivered. And not only with its exciting collection, but also a colourful and high-contrast 2017 campaign titled “Life is Magic.”

While Vondom exhibits at Salone del Mobile Milan, which is currently in full swing, its most recent collections are also shown off in a campaign photographed by Xavi Gordo. 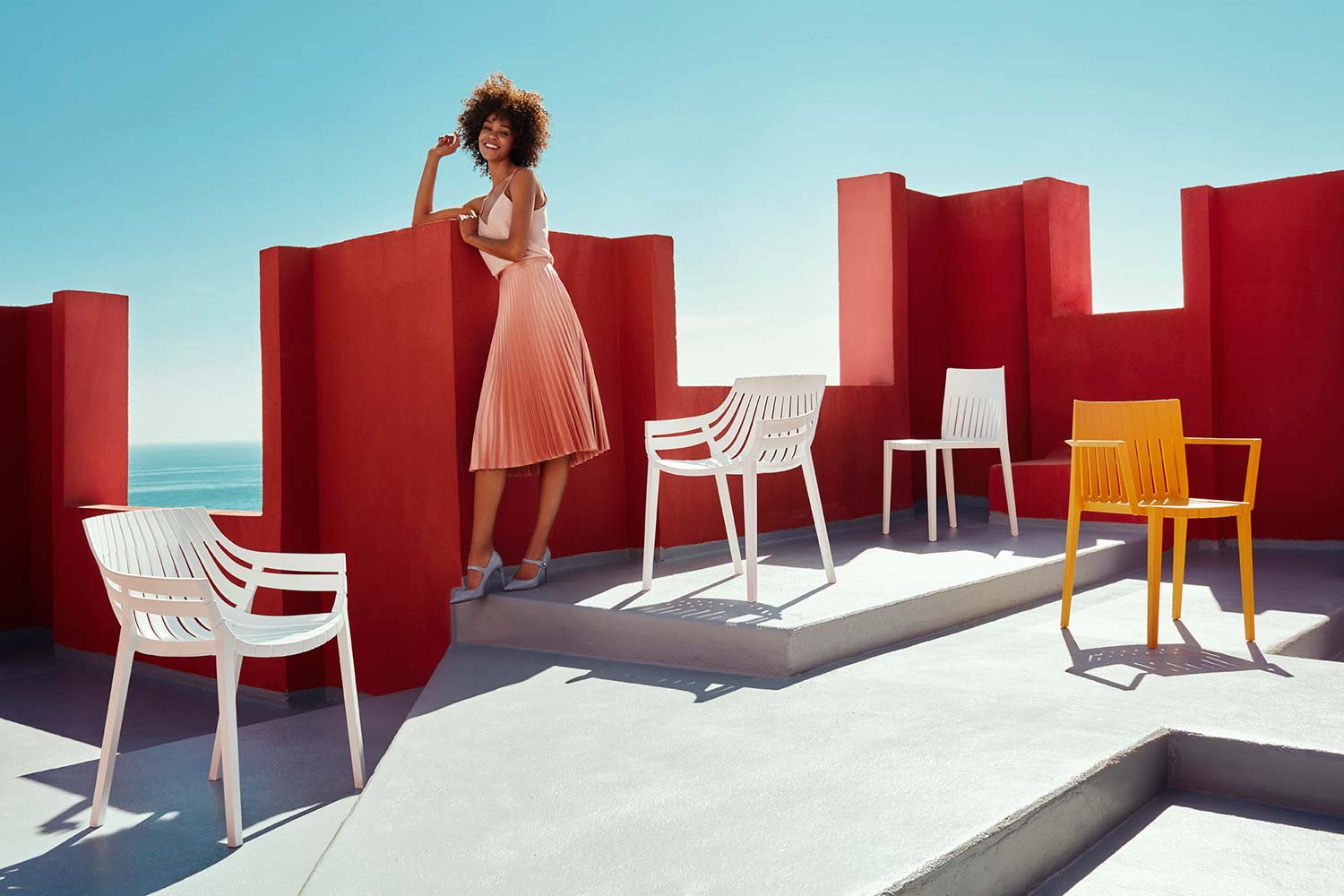 “Life is Magic” was shot at the fortress-like building of La Muralla Roja (The Red Wall) in Calpe, Spain. The geometric labyrinth designed by Ricardo Bofill in 1968 sits on the edge of the Mediterranean Sea where it’s painted in colours that evoke the water, earth and sky.

Set in this spectacular outdoor landscape, Vondom’s campaign captures the brand’s values of relaxed, fun and avant-garde, as well as the synergies between the furniture and the architecture. In some instances the chairs are as architectural as the building, and in other cases they seem as airy as the sky. 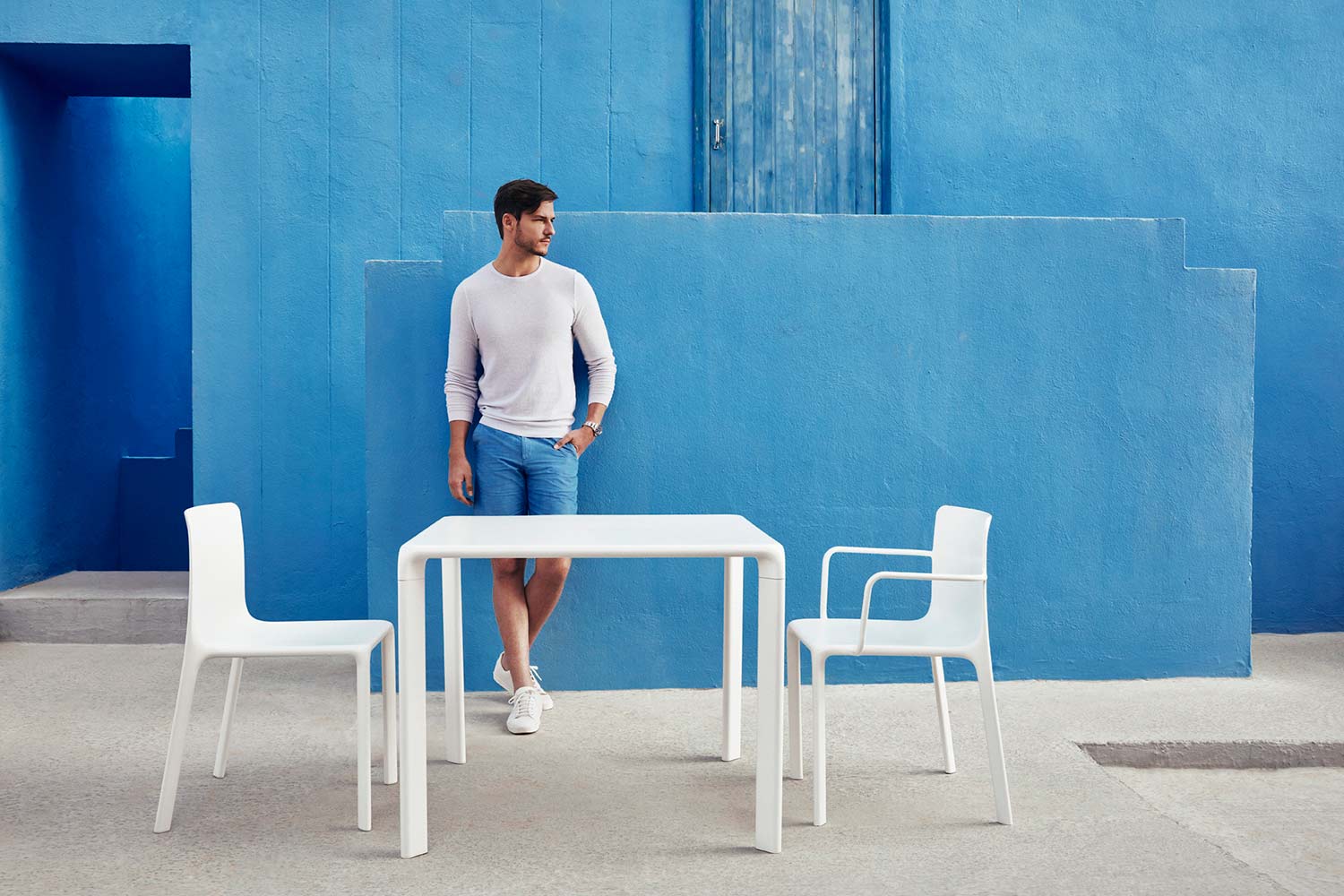 “Life is Magic” not only showcases Vondom’s new collections, but also test-drives them in complex and dynamic architecture. Set amongst changing, colourful and unusual spaces and volumes, to paraphrase Frank Sinatra, “if they can make it here, they’ll make it anywhere.”

Certainly what makes them work is the exceptional attention to strong lines and clean forms. Simplicity is the essence of Eugeni Quitllet’s Africa collection, which includes chairs and barstools; or as Eugeni describes, “The most simple things are the most original… The most original thing is to be simple.” 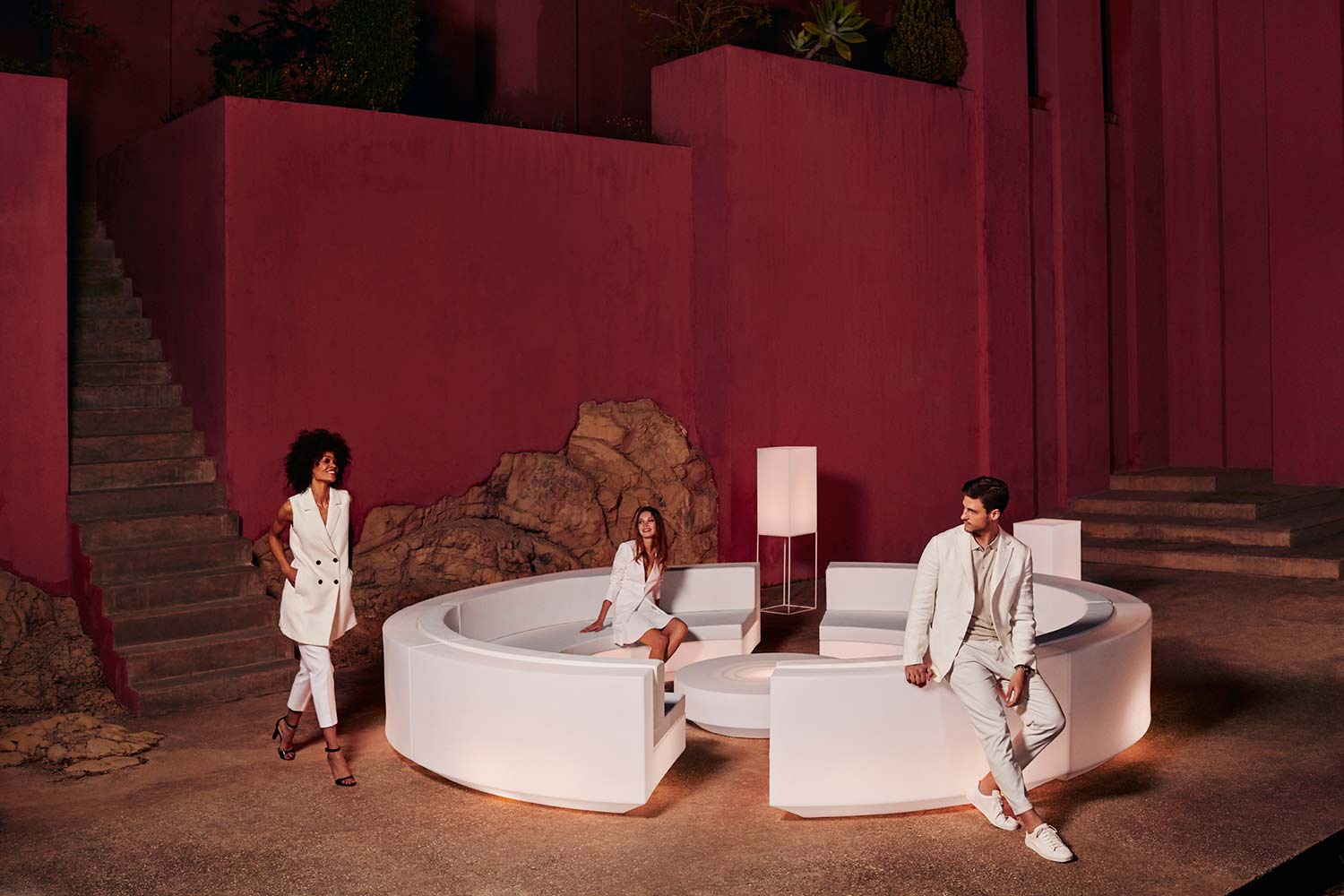 Similarly, the Spritz collection by Archirivolto has a fresh and simple design; Delta by Jorge Pensi has smooth organic curves; and Karim Rashid’s Voxel chair has faceted angles in all the right places.

Vondom’s 2017 campaign invites us to dream about the magic of life outdoors and its furniture certainly helps us create that dream.

Vondom is exhibiting in Hall 10, Stand D31 if you’re in Milan. If not, drop by our showroom and we’ll treat you to a little furniture magic of our own. 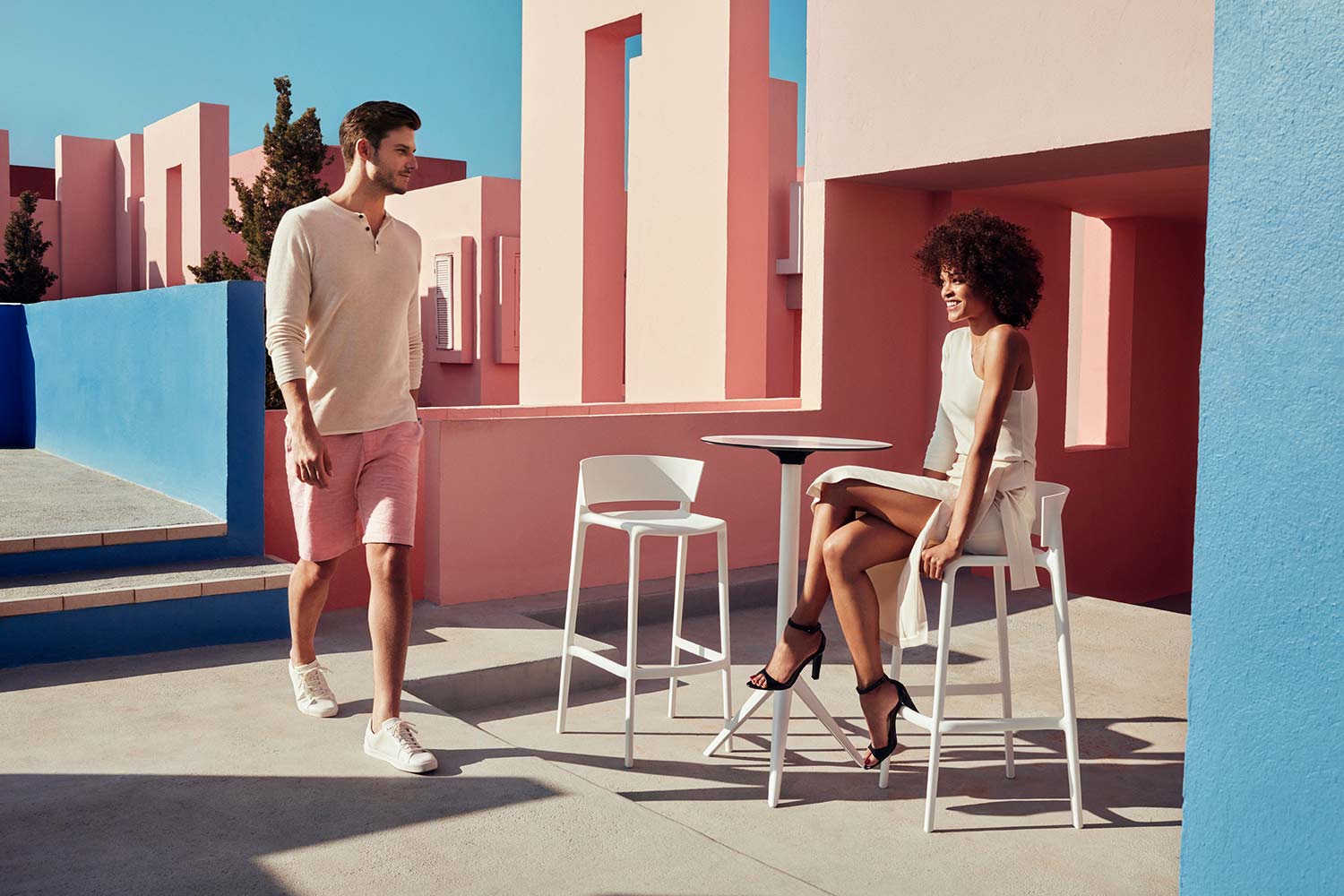