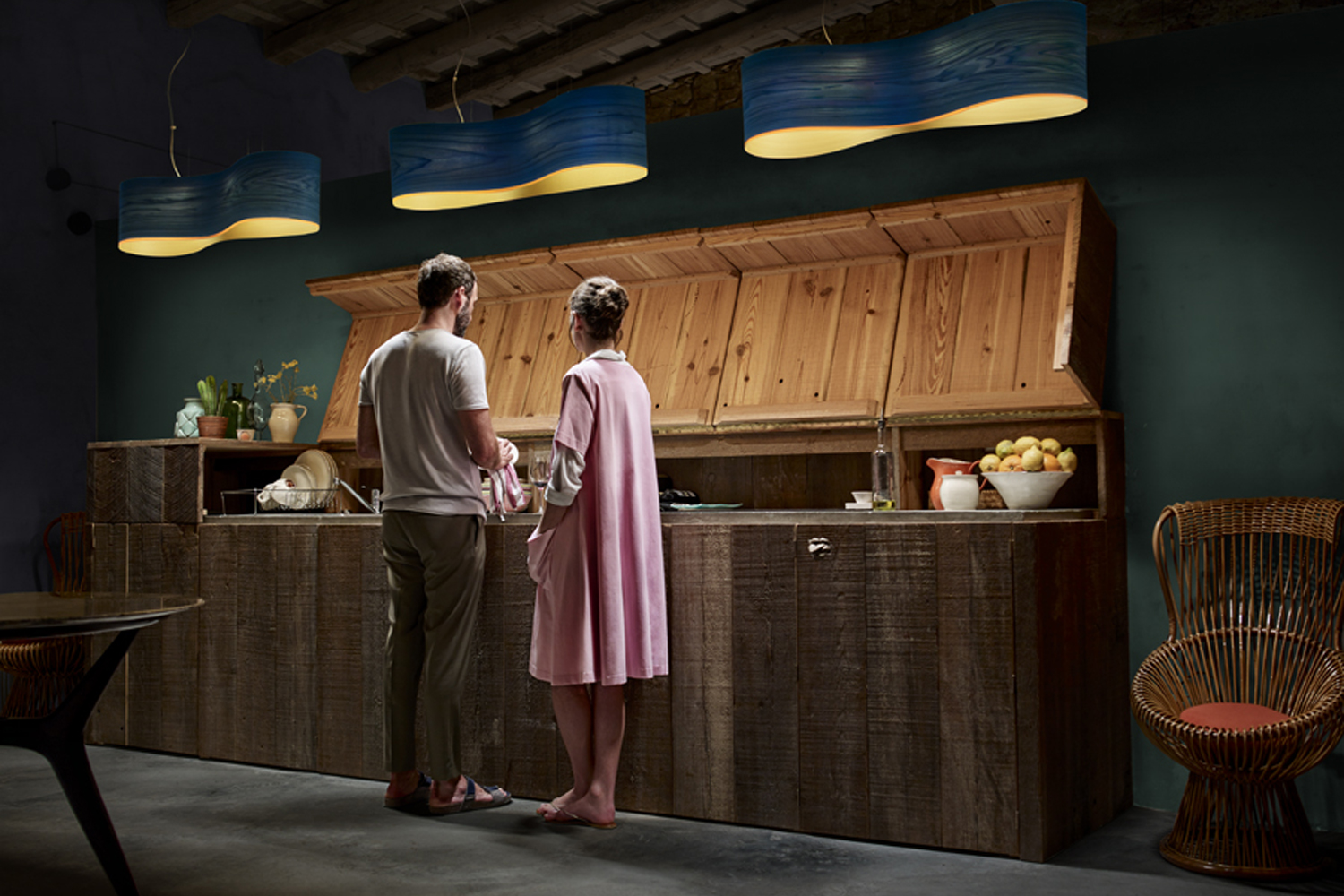 LZF is well versed in the power and potential of good communication design. With a profusion of well-designed wood veneer lights, LZF co-founder Marivi Calvo enjoys the rather enviable task of choosing which lamps will feature in any upcoming photo shoot. Marivi selects the lights she knows will work best in a particular environment and has mastered the art of obtaining precisely what is needed from her handsome protagonists.

With the recent wrap on LZF’s most prodigious photo shoot to date – a production staged at the Palau de Casavells in Monells, Girona. Marivi, along with photographer Santiago Relanzón and the LZF team, composed thirty-four detailed and deeply felt photographic images. These images will feature in LZF’s forthcoming catalogue. 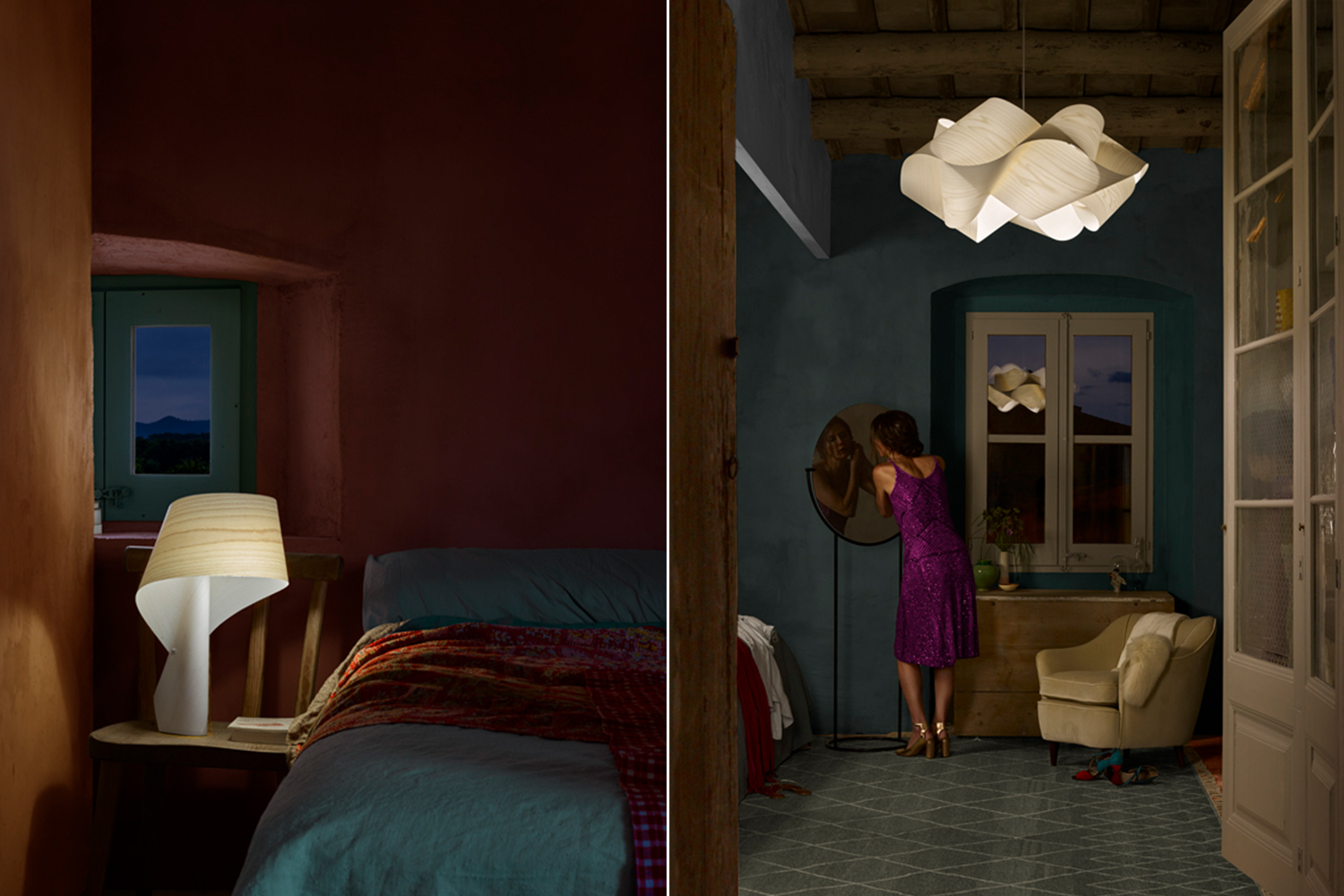 As a location, Palacio de Casavells provided the ideal milieu for this intense and intimate photo shoot. The Palacio de Casavells is a beautifully restored contemporary art gallery in a building whose roots stem from the fourteenth century. This historic context subtly pervades the LZF images, adding to their palpable sense of depth. Making every effort to secure the perfect picture, Marivi left no stone unturned. White walls were painted in colours that would enhance each scene and shooting occurred at dusk and night in order to intensify the impression made by every LZF light. Furniture and art were chosen to round off the settings. Included were pieces by celebrated designers such as Italian architect Gio Ponti, Swiss-French architect Le Corbusier and Portuguese furniture designer Joaquim Tenreiro, alongside artworks by Columbian artist Hernan Ardila and Spanish artist Laurent Lo. 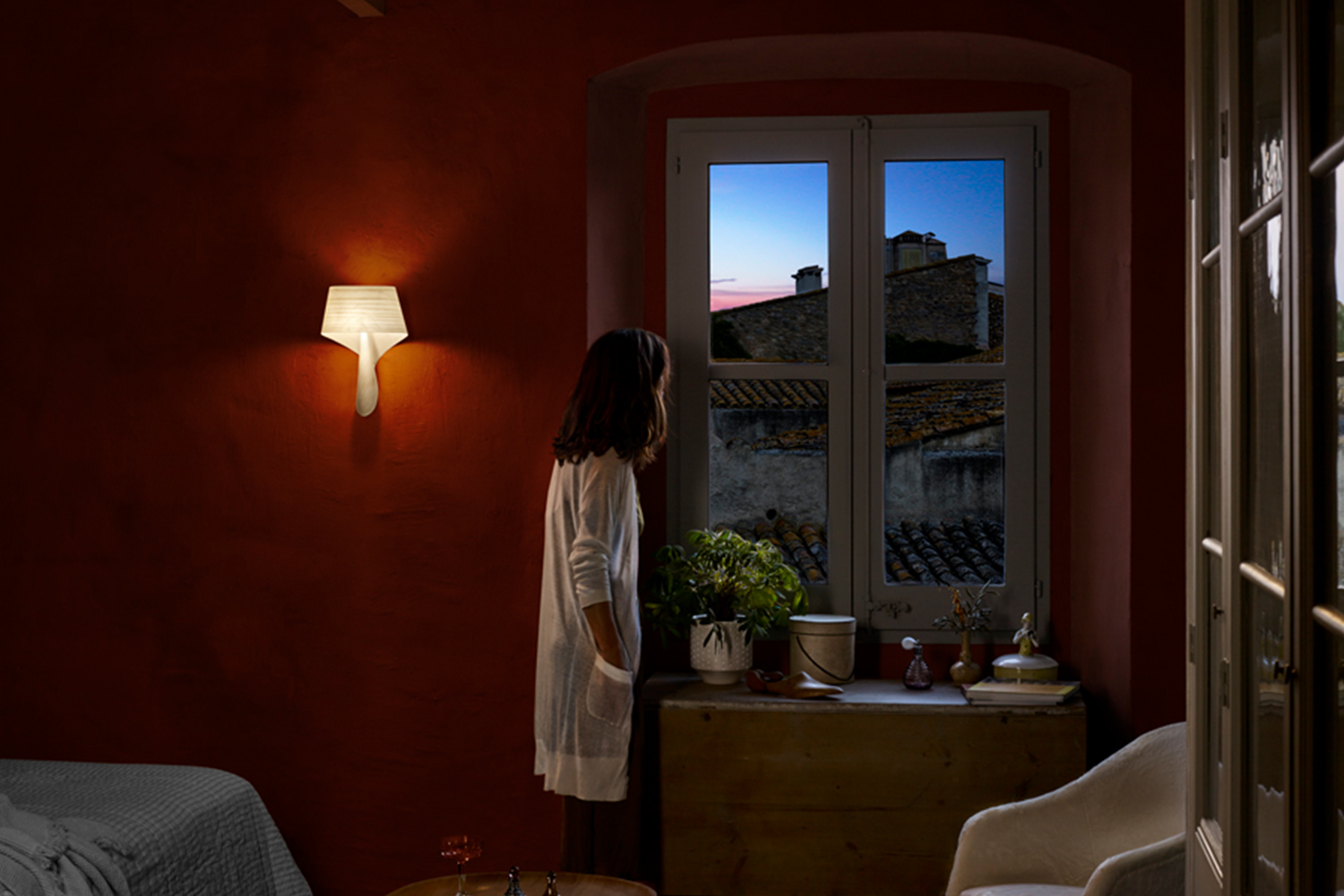 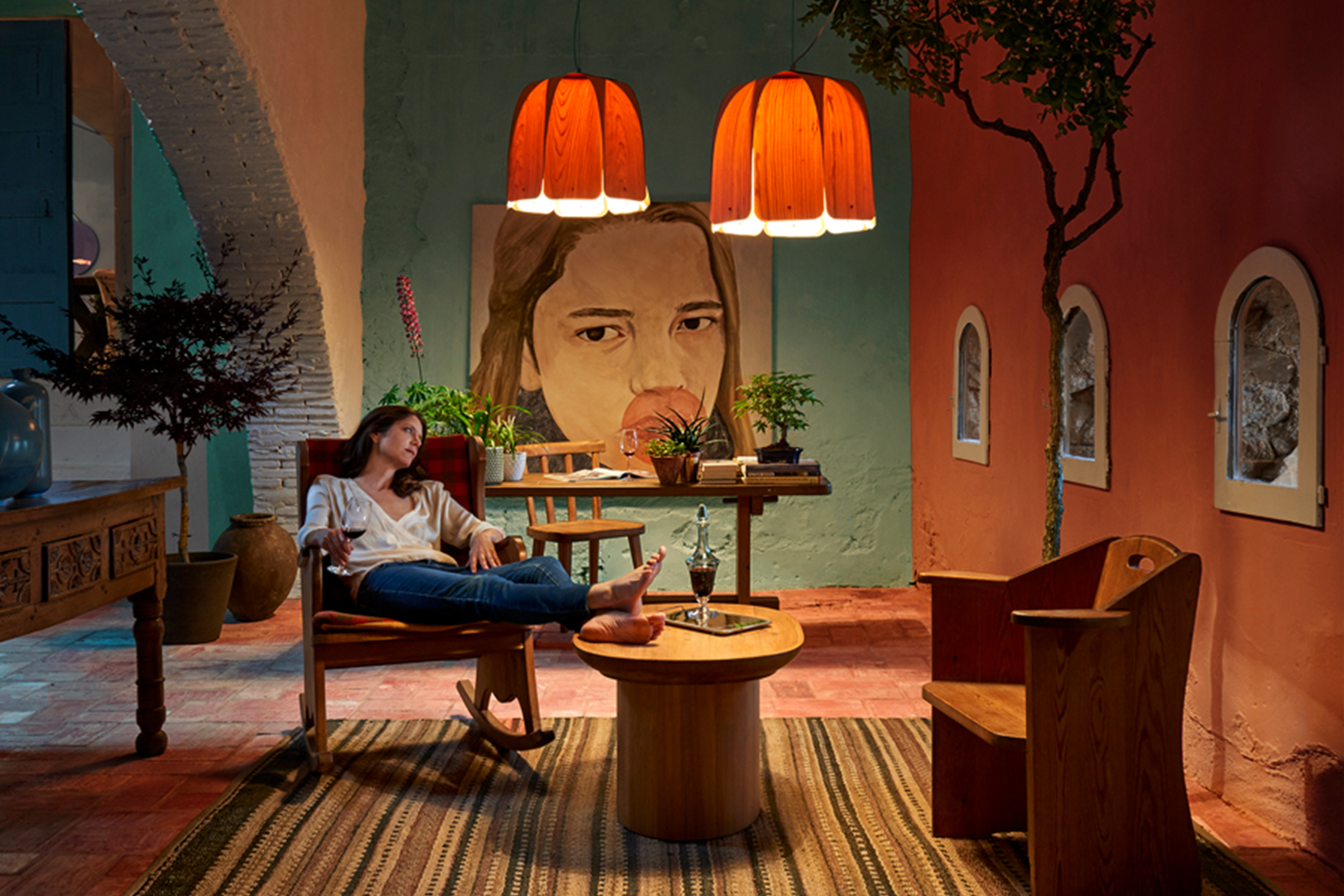 Within each of the final photos, Santiago has managed to convey the dynamic qualities of every LZF light on show, including such models as the Dandelion, Cervantes (wall), New Wave and the I-Club . Across a series of vivid vignettes, every lamp provides a focal point around which a story takes place, one whose narrative is left to the imagination of the onlooker. With exquisite taste and obvious passion, Marivi Calvo has designed and directed a creative series of eye-catching images, their styling dramatic and affecting. The result: another unequivocal LZF photographic triumph. 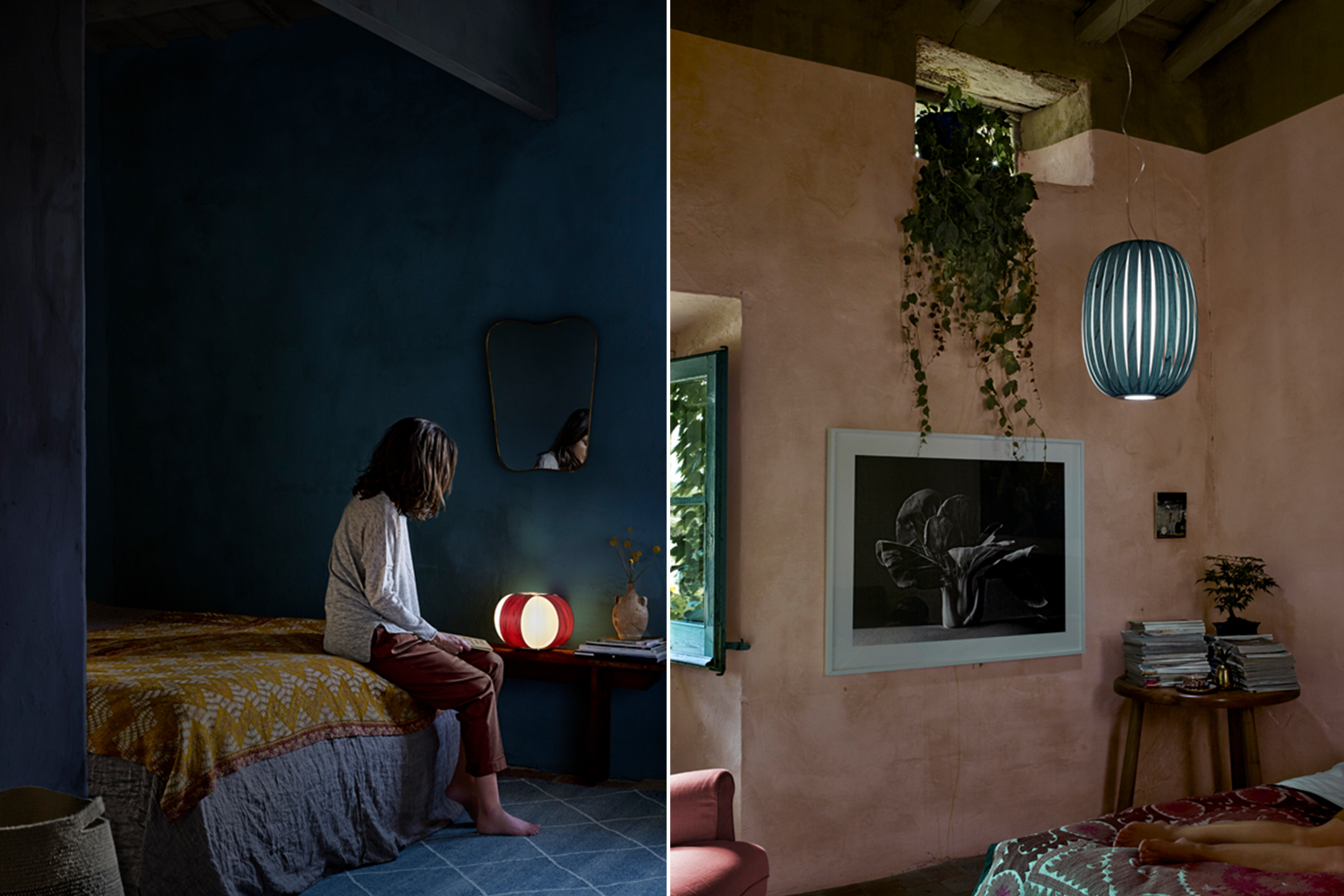 We are proud to be the exclusive Australian importer of LZF. The full range of LZF's diverse and contemporary collection, are available at KE-ZU’s Alexandria showroom and online at www.kezu.com.