Monday Morning Music is back this Friday at The Newsagency.

You've heard of K Pop and J Pop but have you ever heard of Saigon Boom Boom?

The new music video single is by Mai Khoi, a Vietnamese musician who recently moved to Sydney to start a multi-racial band by the name of Fish Sauce.

Mai Kho hit the headlines last year when her controversial single Selfie Orgasm was removed from Zing MP3 after receiving close to 300,000 views in the first week. There were even calls for the video and song to be banned from her homeland – communist Vietnam – for the obscene lyrics and first-ever depiction of a naked woman in a music video.

Her new creation, Saigon Boom Boom is a throwback 80s synth-driven dance song inspired by the pomposity of Goldfrapp and the theatrics of Hotline Miami and classic Madonna.

Co-produced by Ken Lewis, known for his work with Eminem and Kanye West, the song is a musical mash-up of psychedelic themes as diverse as Grum and even Monster Mash.

“She’s got that 80's Madonna swagger, self-secure woman, I know who I am vibe,” says Grammy Award recognised producer Mark Tarsia, who mastered the album. 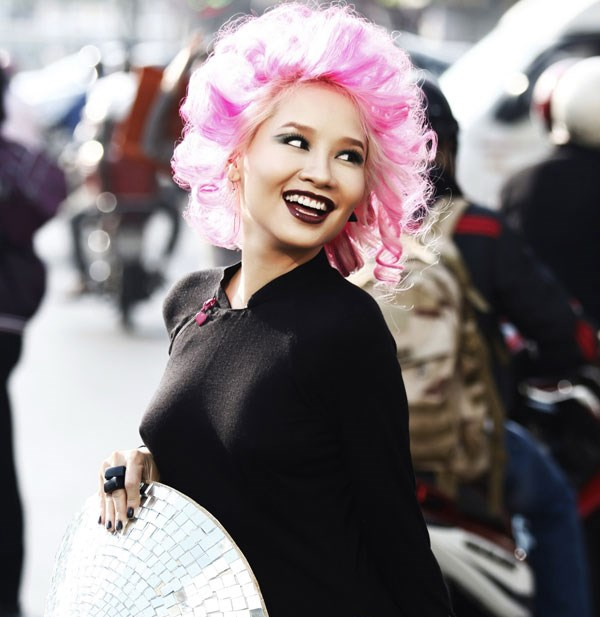 Mai Khoi is no stranger to controversy and as a Vietnamese celebrity is somewhat of an anomaly for having spoken out about LGBT rights, violence against women, and traditional gender stereotypes.

From a country that has made virtually no musical inroads outside of its own culture, Mai Khoi is charting a highly independent path.

Remember you read about her first on the KE-ZU blog.