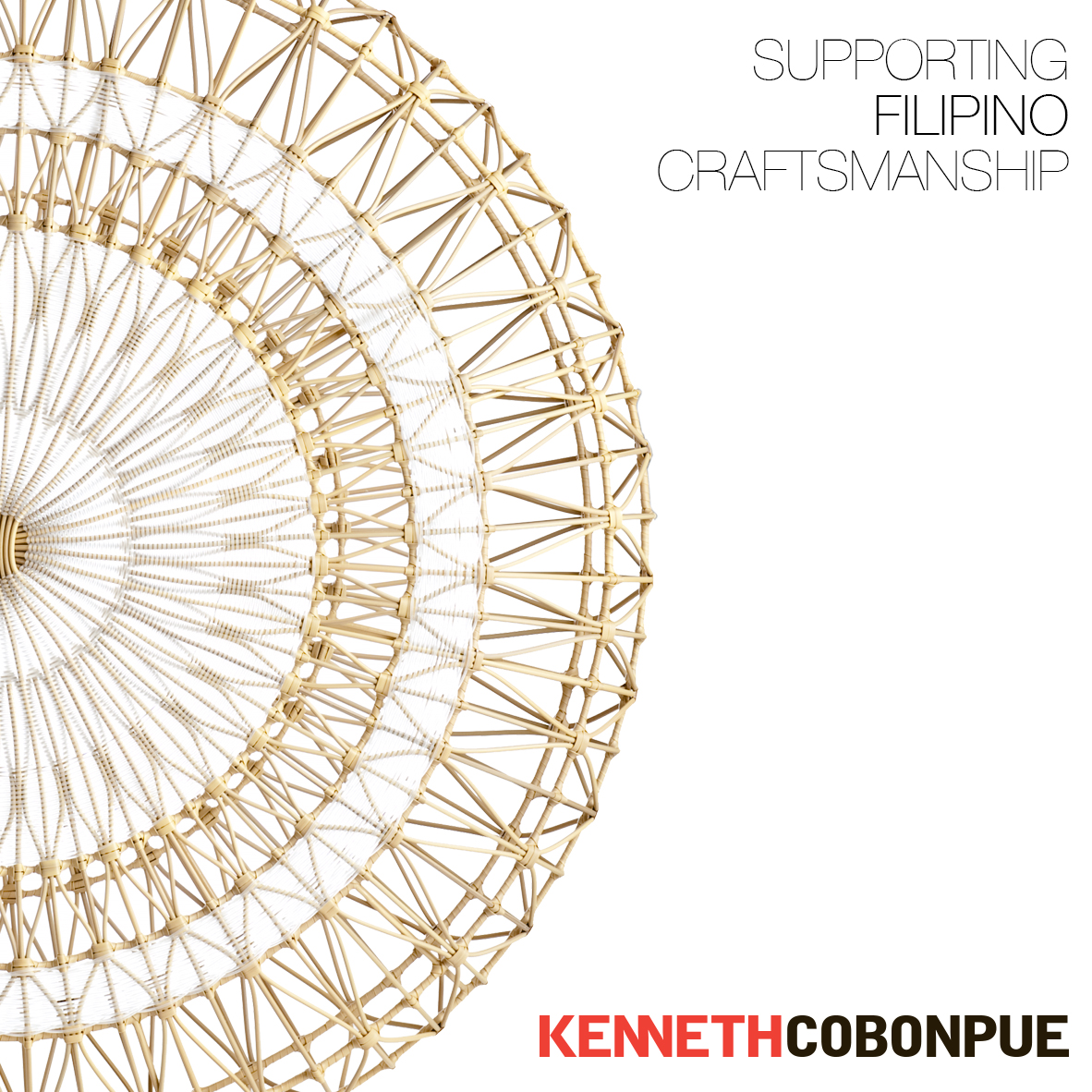 Yes, it’s the title of a famous REM song; a track inspired by the quite surreal bashing of CBS news anchor Dan Rather by a bloke who kept asking: Kenneth, what is the frequency?

But it could also be us asking Mr Kenneth Cobonpue how many awards he has picked up from the time he began studying Industrial Design at Pratt Institute in New York, 1987 to being awarded the first Maison&Objet Asia 2014 Designer of the Year 2014.

Because if there’s something Kenneth needs to design, it’s a whopping big trophy cabinet for himself. Where else could he display his 5 Japan Good Design Awards, the Grand Prize at the Singapore International Design Competition, the Design for the Asia Award of Hong Kong, the American Society of Interior Design Top Pick selection, the French Coup de Coeur Award and the aforementioned award from Maison & Objet Asia.

And there’s little doubt the trophy cabinet Kenneth designs will not only be beautiful, it will probably be hand-made from organic materials such as rattan.

Kenneth Coponpue has always gravitated towards the natural. While completing his degree in New York young Kenneth apprenticed for a leather and wood workshop near Florence Italy (1994). He also studied furniture marketing and production in Reutlingen Germany.

It wasn’t until 1996 that the prodigal son returned home to the Philippines to manage Interior Craft of the Islands Inc; a company founded by his mother in 1972.

What Kenneth did next was something rather special; he took ‘modern design’ in a completely new direction by incorporating natural fibres and materials in its production. The result was a much warmer, human aesthetic than the sleek glass, steel and concrete surfaces we had been used to.

“From the start I was seeking a fresh sensibility to embrace and develop with regard to design. I didn't find it in Milan. Nor in New York. I found it closer to home in the tropical island of Cebu,” Kenneth once said.

Nowadays everyone from Royalty, to Hollywood royalty (Brad Pitt) count themselves amongst the wide population of folks who love and appreciate Kenneth’s designs.

“Kenneth was the first designer to design from the Philippines using the materials and techniques of his homeland,” Caron says. “I love that he shares his know how with other young designers and is an integral figure in growing more confident Asian designers within the whole region.”

As for stocking Kenneth’s products (among them the Croissant, Calyx, Oasis and Chiquita) for Caron, it was a no-brainer: “Australia is now a Eurasian nation and we wanted to reflect that in our offerings of the furniture that we had,” she says. “So with this in mind we went looking for the best Asian Designers and manufacturing. Kenneth was the first designer / company that we discovered that encompassed all that is great about Asian design and manufacturing using local materials and handmade techniques with a European design sensibility for products suited to our climate.”