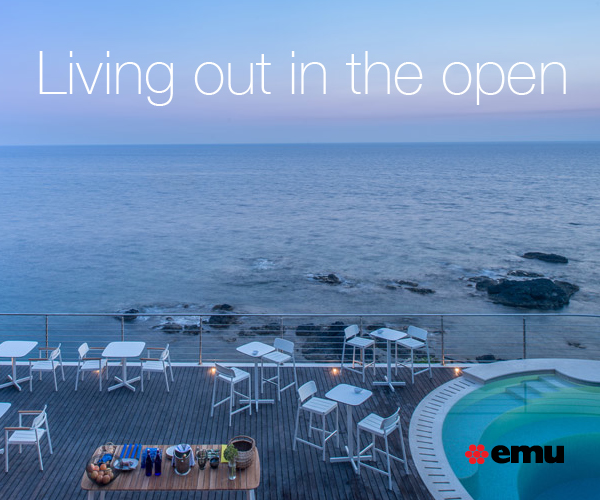 This is a true and unembellished story: A middle-aged American woman came into the KE-ZU showroom a couple of months ago, wanting to know if we sold emu. We told her that EMU is one of our most popular brands and proceeded to show her a couple of groovy Retrouve wire chairs.

“They are lovely chairs, but I think we have our wires crossed,” she said. “I’m talking about the flightless Australian bird, emu…I want to buy one for my husband’s 40th birthday.”

“Where will you keep it?” one of our team asked her.

“I have a large apartment in New York,” she explained.

At KE-ZU, we believe in making the impossible happen. So we made a few calls, pulled a few strings with our friends at Petz-4-U, and…well put it this way; if you see a bloke dragging a giant bird around Central Park on a leash, you can think of us.

The EMU that we stock has nothing whatsoever to do with Dromaius novaehollandiae. Our EMU is the initials for Elettro Meccanica Umbra, a company started in Italy in 1951 to produce military equipment; specifically radios.

The founders of EMU, brothers Aldo and Angelo Biscarini, and Dante Menconi, stumbled on a process to plasticise the metal components of the radios to protect them from the weather. This was the Mama Mia! moment they had been looking for. Pleased with their discovery they celebrated as only Italians know how to…by eating lots and lots of carbohydrates.

A decade later EMU decided there wasn’t much future in military equipment. Not to put too fine a point on it, but the Italian army wasn’t exactly in a growth phase so the company turned to producing outdoor furnishings instead.

If there was ever a piece of furniture that captured the essence of summer on the Amalfi Coast in the 1960s, it was the Rio. This elegant wire chair (from the Gardentime line) was the perfect place to sit beside the pool with a Campari soda. Since being launched in 1966, the Rio has sold some 8 million units…that’s a lot of Campari.

A change of management in the 90s saw Riccardo Biscarini, Aldo and Piero Ciabatti, and Jan Triska form EMU Group S.p.A.  This was also the decade of the Ronda chair, a curvaceous modern classic that is still in production.

In 2007 EMU launched its Advanced line, an alliance with some of the planet’s greatest designers. The first of the Advanced products was the internationally acclaimed Round collection by Christophe Pillet. Round was followed the same year by Heaven (Jean Marie Massaud), and Cross by Rodolfo Dordoni.

Further additions to the Advanced collection included Re-Trouvè by Patricia Urquiola; Ivy by Paola Navone and Intrecci by Carlo Colombo.

The Shine collection by the great Arik Levy was introduce last summer and then in Milan 2014, Yard by Stefan Diez...both collections in aluminium.

From such humble beginnings, EMU products now sell in more than 50 countries and feature in some of the world’s most beautiful hotels; from the Granducato in Florence to the Hotel dei Dogi in Venice.

Emu is able to create furniture with strong personality from its birth, forged from invaluable experience. These same furnishings, once purchased, take on further experiences as they become part of the lives and memories of those around them.

KE-ZU’s Caron Grunschlag believes EMU offers the world’s greatest design collection of outdoor furniture for the contract market. She particularly likes the fact that EMU were willing to invest in products with high tooling costs. “That’s why you don’t see a thousand cheap copies coming out of China,” she says.