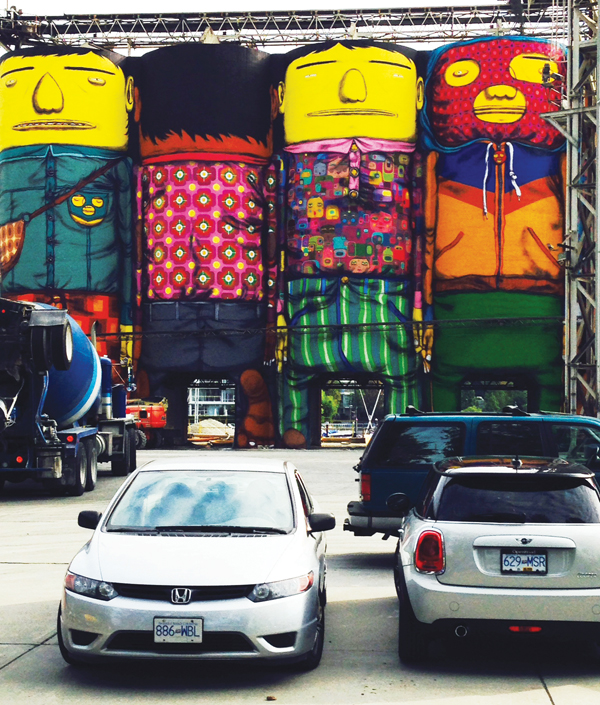 OSGEMEOS, literally translated from ‘Os Gêmeos’ in Portugese as “the twins” is descriptive of the brother-brother duo who are quickly becoming well known in the street-art world with their distinctive style. With a little help, their first work in Canada as part of the Vancouver Biennale is destined to become the flagship piece of the festival.

The Biennale attracts over 10 million visitors a year from around the globe, so the mural is sure to be popping up on blogs and Instagram feeds without too much delay! KE-ZU’s Mark is in Vancouver at the moment and set us onto the project by snapping the above image of the work as it currently stands. 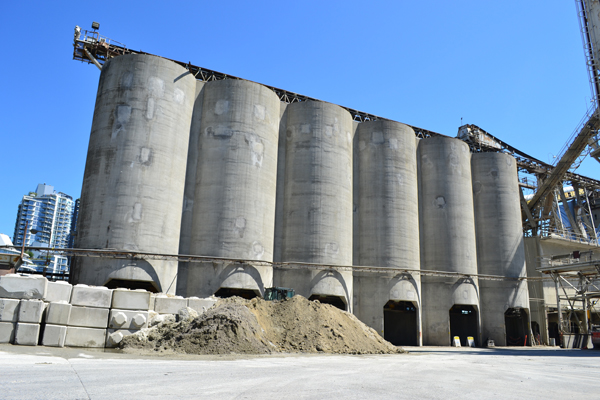 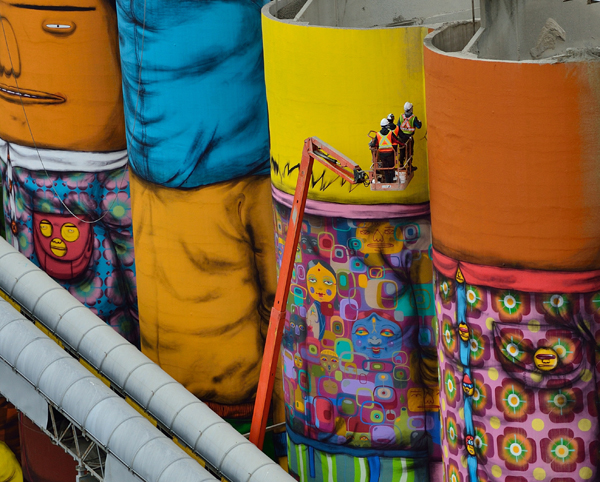 The mural work is painted on six gigantic (21m tall) industrial Ocean Concrete silos on Vancouver’s Granville Island. Forming part of OSGEMEOS’ Giants series, Vancouver is the latest location and largest “canvas” the brothers have turned  their attention to following on from large mural works in Greece, USA, Poland, Portugal, the Netherlands, Brazil and England and even a Boeing 737! 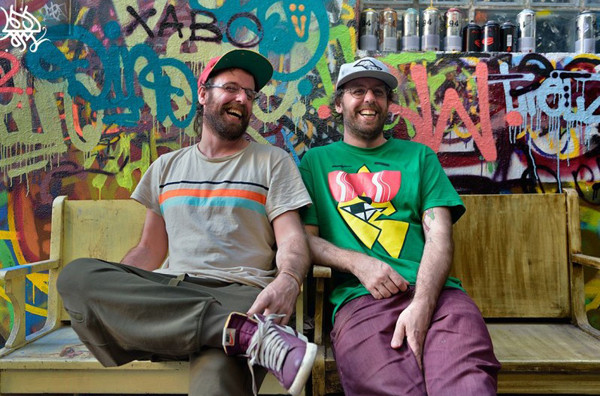 Another work in the Giants series 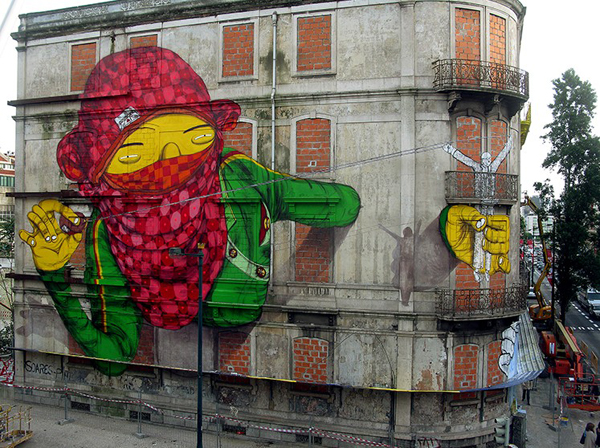 Another work in the Giants series - image courtesy OSGEMEOS 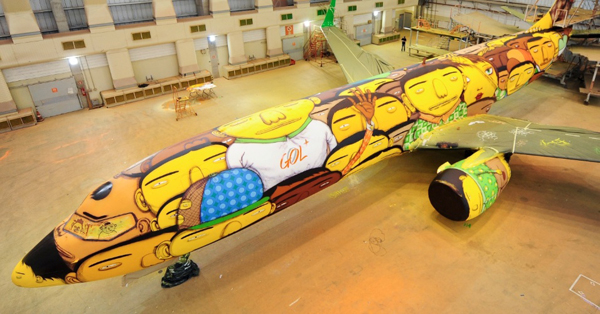 In collaboration with with the Brazilian national football team, and GOL Airlines, OSGEMEOS painted the Boeing used for the World Cup - image courtesy Arrested Motion

OSGEMEOS have donated their time to the project, as The Biennale is a Canadian non-profit charitable organization. Unfortunately the project is now facing a major funding problem. To source the costs of travel, paint and labour and other incidentals, OSGEMEOS have turned to the crowdfunding website Indiegogo to appeal to the international public to assist in covering the cost of completing these amazing murals. At time of writing, they’ve raised $53,366 CAD of the $125,000 CAD goal. Head over here to read their artists statement and donate to this incredible project.