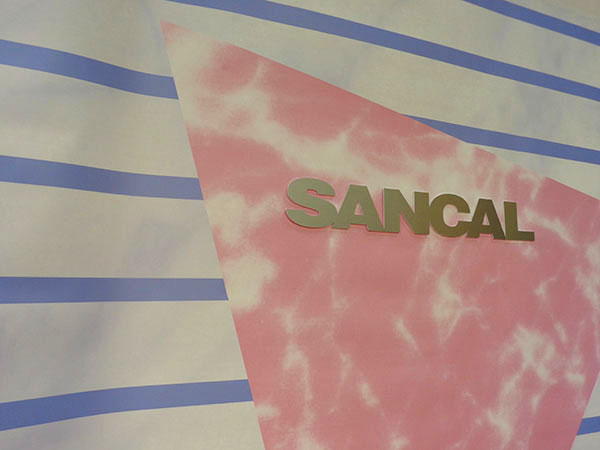 For many years Sancal has adopted a method for releasing new furniture, an organized and cohesive full-frontal attack.   Every year a uniform collection is released, with all of the included pieces towing the party line; an exciting governing concept.

This year we see the Gráfica Collection, arguably Sancal’s most creative and stimulating yet.   Gráfica, we learnt, translates to “graphics”, and you can see why 2014 for Sancal is the year of the graphic.

The Sancal stand at Salone Milano was a sum of its parts – a space divided by both graphically printed paper forming walls, and canopies (in the form of a new design by Nadadora Studio of Tartana). 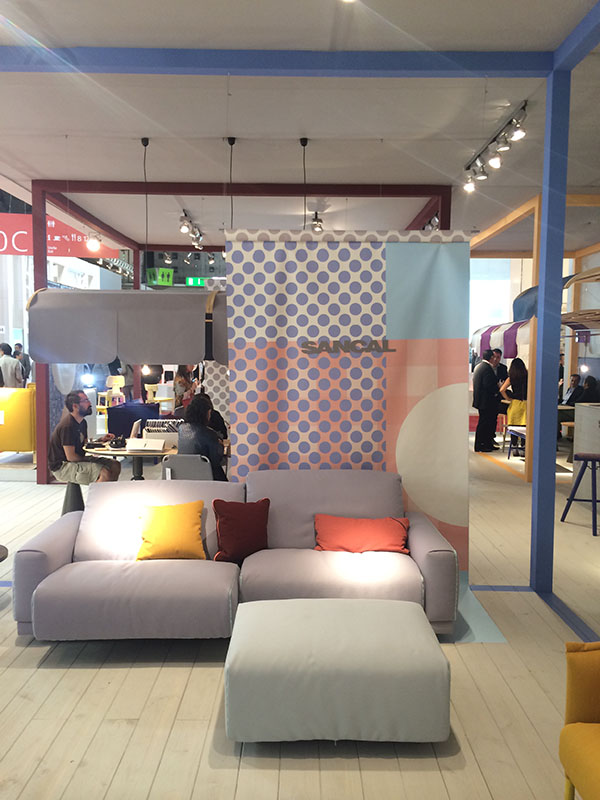 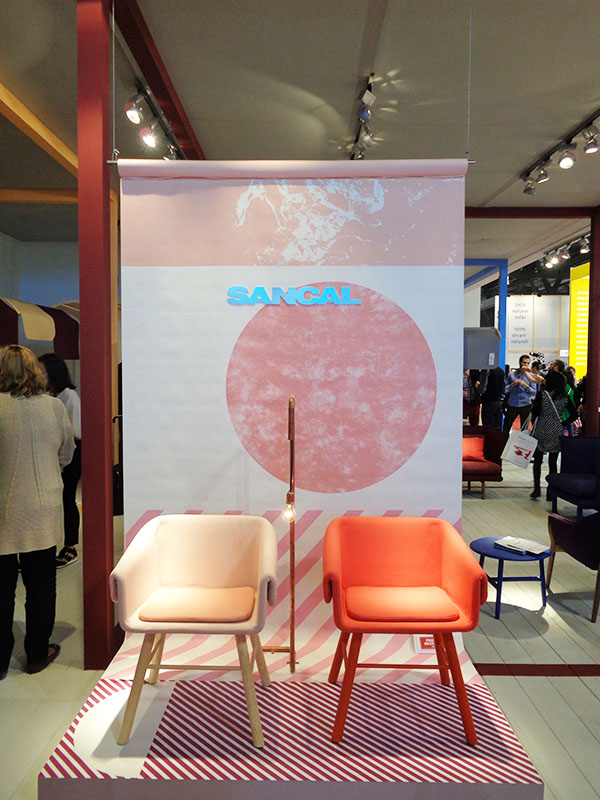 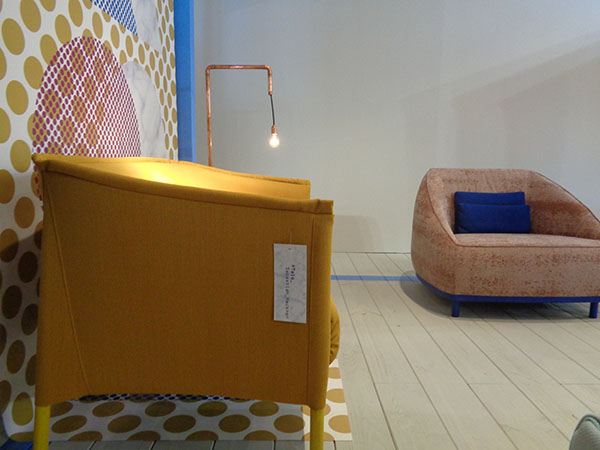 We can assure you, after three full days of pounding the Milano pavement, a welcome treat at Sancal’s Salone space was a few lollies lovingly handed to us, ensuring that the sugar rush coincided with the excitement of the Gráfica collection.  We never did ask why the lollies were gifted, but as we took in the sweet, colourful and fun new collection it dawned on us that these tasty morsels very closely resembled the essence of Gráfica.

Both expanding on and adding to the 2013’s Tierra Collection, Sancal have successfully delivered a comprehensive collection in their usual style: a fun yet practical aesthetic of sharp manufacturing technique suitable for all markets and above all, insanely popular.

Employing the skills of designers of previous pieces such as J.M. Ferrero (who looked every bit as fashionable as his Casta chair, now available in new textiles and sizes), Ionna Vautrin, whose Pion collection now includes a dining table, Estudio{h}ac filling the void in the Tea collection with a bar stool (making all our dreams come true), Juan Ibáñez adding a bench for the Nudo collection  Nadadora Studio providing Elephant with a facelift, and Rafa García providing Nido with metal feet. 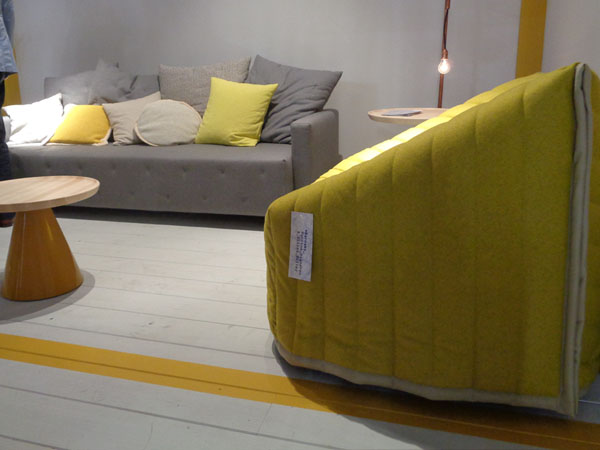 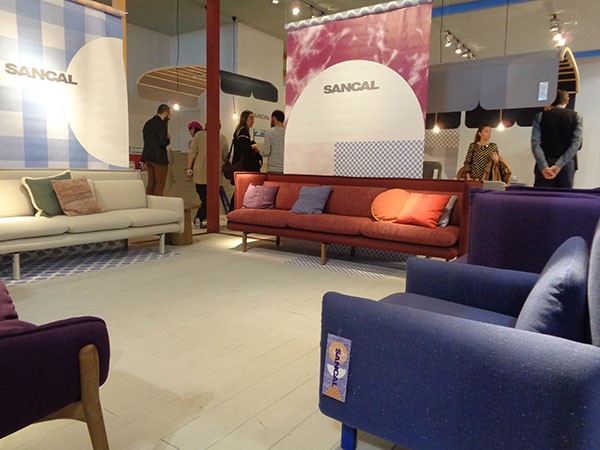 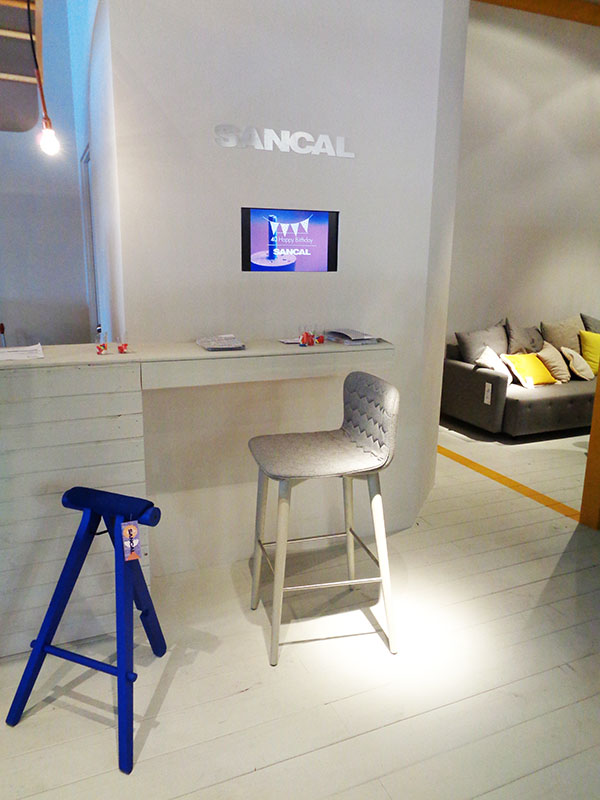 New to the Sancal fold is Scrivo Design and Perrine Vigneron & Gilles Belley, with the Collar chair and Barnaby respectively and fine arts gun Elena Castano-Lopez with the Bang! Cushions.

Returning with new designs is Sancal veteran Rafa García with the Rew and Nap sofas and Nadadora with Tartana, an acoustic dome and Silla40, a collection of four chairs celebrating every decade of Sancal’s existence. Fine arts gun Elena Castaño-López returns with Bang! Cushions and Sancal Studio presents Perigallo, a stool, the inspiration of which a Spanish fruit ladder.

An exciting year ahead for both Sancal and KE-ZU!  With the expansion of the Sancal catalogue and our efforts in local manufacturing reducing lead times to an almost lightning pace!