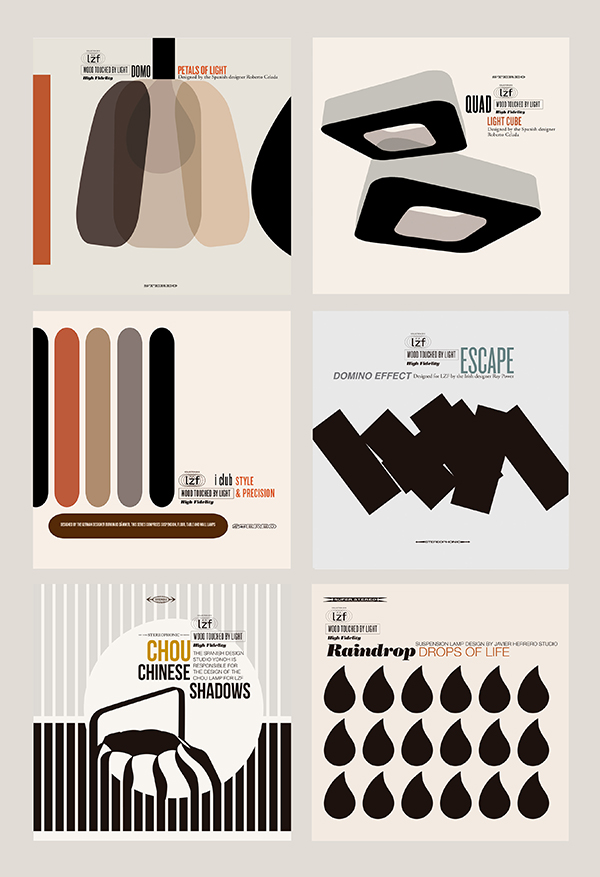 Their 2013 campaign to accompany the release of their High Fidelity collection broke the mould of design branding, and earned them a well-deserved Red Dot Design Award for Communication in Design.

LZF Lamps' branding collection included an animated film, graphically branded posters for each piece of the collection, together with an accompanying song that epitomized the concept and nature of each piece from L.A. based Rithma Sounds. 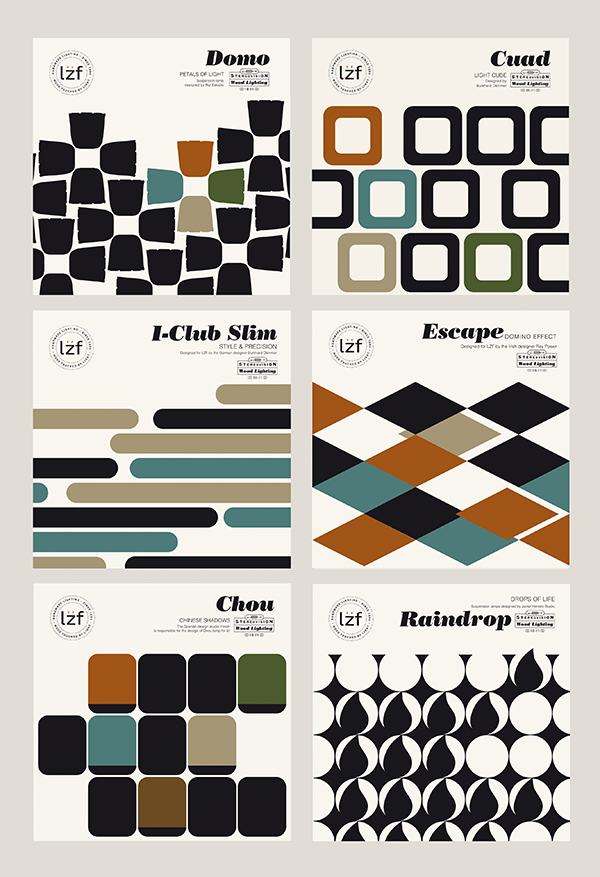 Now, LZF Lamps have expanded that campaign with Stereovision, an extension of the original concept idea that paid homage to the influential Mid Century movement in culture, design, music and architecture.  Stereovision runs parallel to their, yet to be released 2014 collection of timber veneer lighting solutions.

Introducing heavier themes of colour and rhythm, Stereovision pays tribute to the film and music of the Mid Century period which is also representative of the work of LZF Lamps: pushing forward and paving new ways into technical possibilities both in terms of colour, light and their medium of plywood.   Like High Fidelity, a new EP has been launched titled “Stereovsion Relit” with remixed songs by Rithma.  Each piece has been reexamined and is partnered with re-worked graphics and music, each tailored to encapsulate its associated product.

We’ll bring you more info and images from LZF Lamps and their communication partners as soon it is to hand.