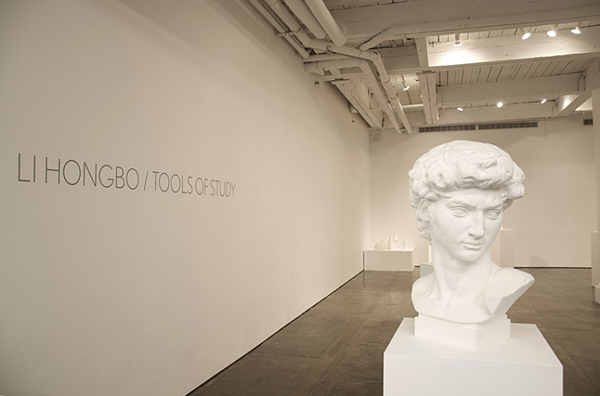 Li Hongbo is turning heads (literally) with his latest exhibition Tools of Study, which is currently on display at the Klein Sun Gallery in New York City. 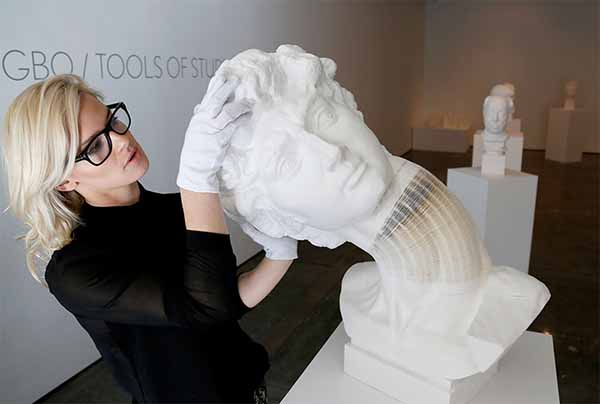 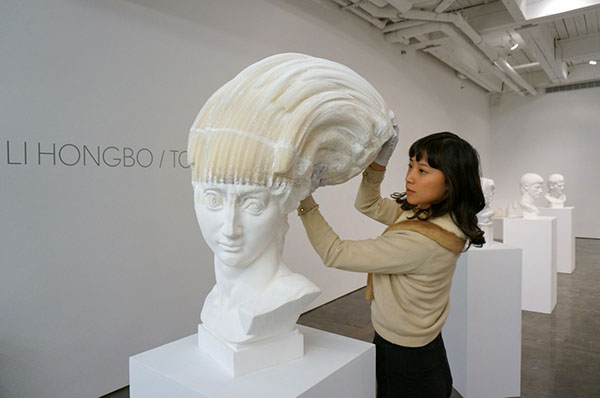 Coming as a surprise to most, the exhibition comprises busts, which at first glance appear to be constructed of traditionally with  marble or stone. That is, until closer inspection when one grasps the wonderful realisation that they are in fact, labouriosly constructed from thousands of layers of paper.  Consisting of over 7,000 pieces of individual paper and weighing in at over 10kg, the pieces in the exhibition are not dissimilar to a slinky (if you’re a Jim Carrey fan cue the Slinky song from Ace Ventura).

Hongbo takes inspiration from traditional Chinese decorations known as paper gourds, Li Hongbo applies a honeycomb-like structure to form sculptures which can be stretched and contorted.

The video below from EuroNews outlines the method of construction and includes an interview with the artist himself. A fabulous interactive exhibition, Tools of Study is the last thing you’d want to throw down a flight of stairs.