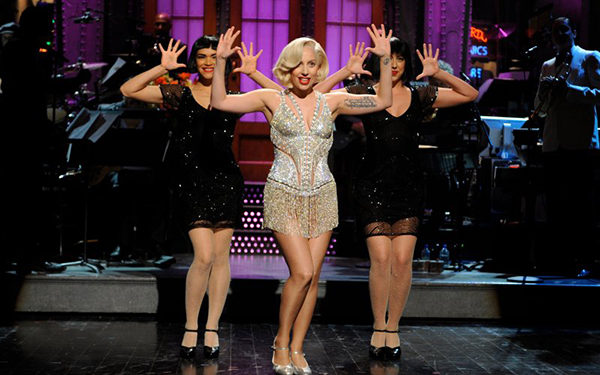 Lada Gaga.  Two words that conjure a lot of emotion for me, most of it not so positive.

Did you happen to catch Gaga’s opening act for Saturday Night Live this weekend?  If not, we’ve got it here for you.  Slipping out of her meat dress and donning sparkly 1930's-esque ensemble, the New York native had no dramas poking fun at herself (which was great news as it gave me a rest from it) and segued into an upbeat jazz rendition of New York New York – and who doesn’t love that musical homage to The Big Apple?!

… and yes, she did pretty well; that’s undeniable, even if you think the artisan diva is a pop star or a flop star.
Lady Gaga - Opening Monologue by caseycarlsonx1