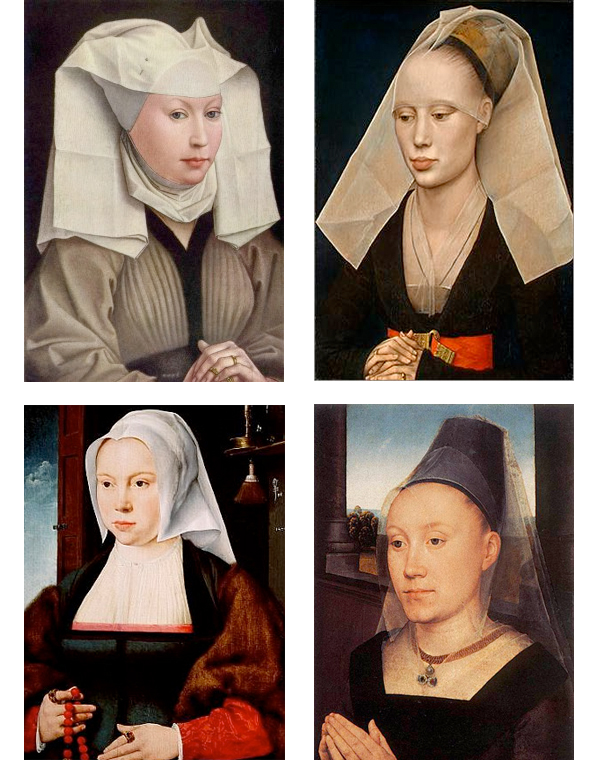 There are some things that we do in the toilet, yes we admit it; most of these stay pretty much part of our private daily routine – but not for this go-getting artist!

Nina Katchadourian switches her electronic devices to the ‘on position’ and takes the time to artfully recreate 15th Century Flemish portraiture using found objects in the lav; catching her handiwork on her mobile phone.  We’re unsure why but her commitment to excellence is admirable given their uncanny resemblance to the source material – for comparison purposes we’ve given you some examples above. 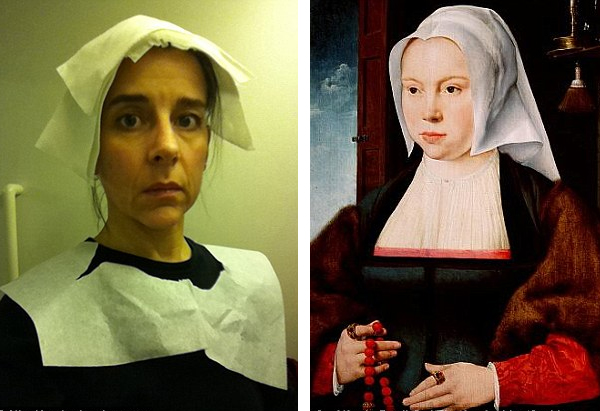 While in the lavatory on a domestic flight in March 2010, I spontaneously put a tissue paper toilet cover seat cover over my head and took a picture in the mirror using my cellphone. The image evoked 15th-century Flemish portraiture. I decided to add more images made in this mode and planned to take advantage of a long-haul flight from San Francisco to Auckland, guessing that there were likely to be long periods of time when no one was using the lavatory on the 14-hour flight. 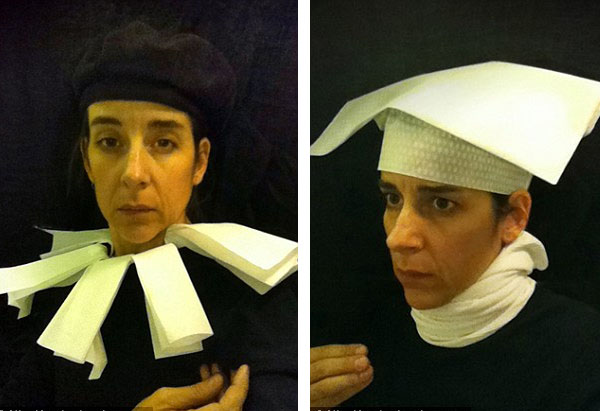