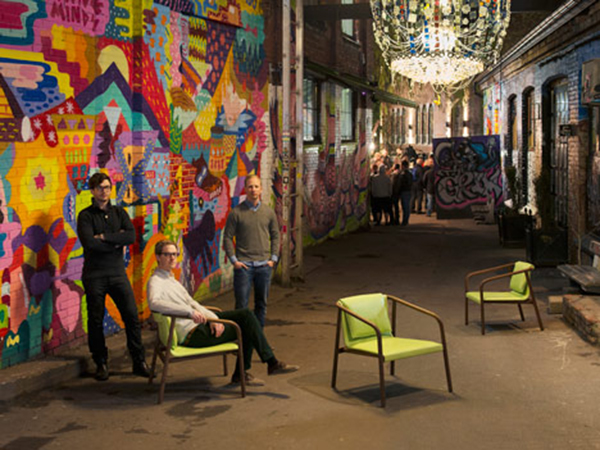 Some believe in fate, others believe in creating your own destiny, and others simple luck.  Whether these are separate entities or inextricably linked to one other is perhaps better left for the philosophers among us to battle out, but it’s an interesting topic for debate nonetheless.   What is the relevance here? You may be asking yourself.  It’s a question which came to mind and started dancing around my mind while researching Bernhardt Design’s latest adventure, the Oslo Chair designed by Norwegian design collective Angell Wyller Aarseth.

The transparency of how this latest creation was born is a connect-the-dots of interesting moments culminating from hard work, study and perhaps some serendipity which now assists us to understand the design and manufacture thought process, its meaning and allows us to celebrate another beautiful design I’ve since nicknamed “Norwegian Wood” (there’s that The Beatles reference I’ve been dying to make!).

So here are the facts; as design students in Europe, the founding members of Angell Wyller Aarseth (Christoffer Angell, Øyvind Wyller and Simen Aarseth) discovered that they shared common interests and philosophies when it came to design.  They formed a loose collective and as a trio, found themselves at the 2010 London Design Festival.

During the Festival, of course now just over three years ago, a chance meeting between Jerry Helling, the president of and global talent scout for North Carolinian manufacturer Bernhardt Design set the wheels in motion.  Ambassador Bjarne Lindstrom organized a meet-and-greet cocktail event, its purpose to connect designers of Norway with influential figures on the international design circuit and as students at the time, the chance for Angell Wyller Aarseth to meet Helling was an opportunity many young designers no doubt could only dream of. 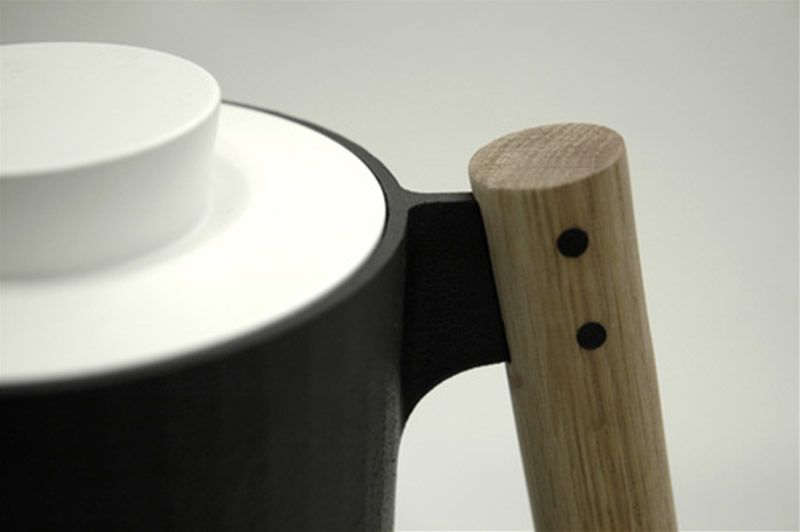 Helling is an avid supporter of fostering fresh talent and has a keen eye for ability in a fickle design market.   Immediately recognizing the potential of the fresh Norwegian students:

You could sense a light burning in them

he recalled, and dutifully surrendered his business card.  After seeing their portfolio, Helling suggested the three apply for the ICFF Studio Program at International Contemporary Furniture Fair in NYC the following year– which in turn is another of those fate/destiny moments – the designs released by Angell Wyller Aarseth, cookware titled “Handle Me” was a critical success, winning an award for best accessories.

That was the moment that Helling asked them to collaborate with Benhardt Design. 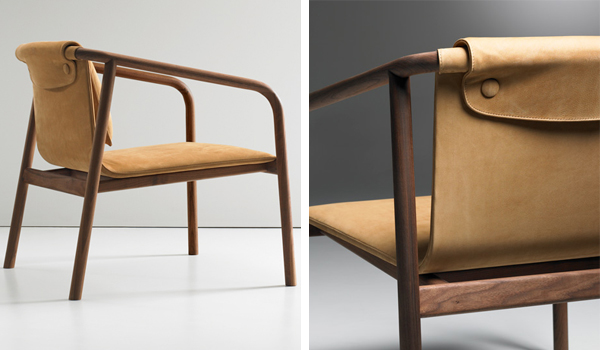 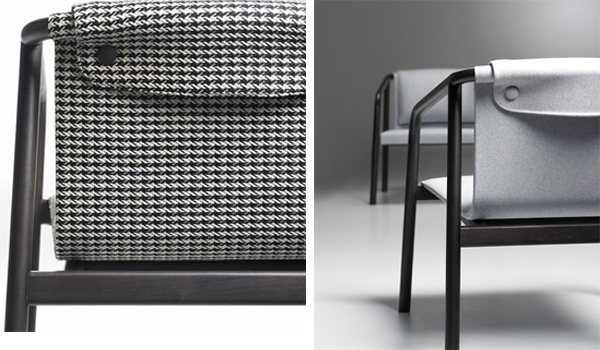 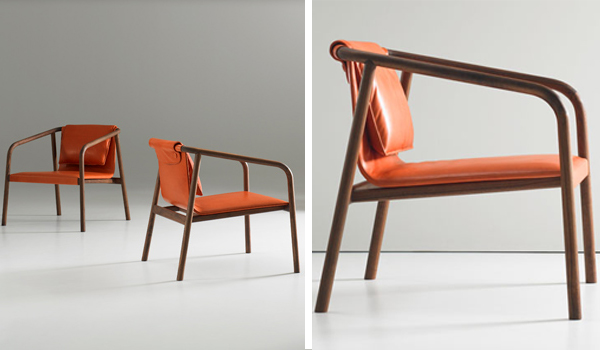 Enter the Oslo chair, the first product to be launched commercially under the name AWAA (as the collective now goes by).  And what a debut.   The brief to create something which blends European aesthetic and functionality with American history and tradition at first glance could appear a cinch.  Naturally such is not the case.

A deep experiment into form was undertaken; understanding the space a chair can hold and stripping back from there.   Introducing angular notions give the chair a lighter feel while its rounded skeleton shoots downwards, visually grounding the chair.  Its composition of solid walnut, an American furniture tradition and darling of Bernhardt Design is a strong move away from the European hardwoods so often used by designers of the area.  Comfort plays an integral part in the design, with a textured sling draping itself over the structure, providing mixed material assisting Oslo to bear a softness while acknowledging predecessors now known as classics. 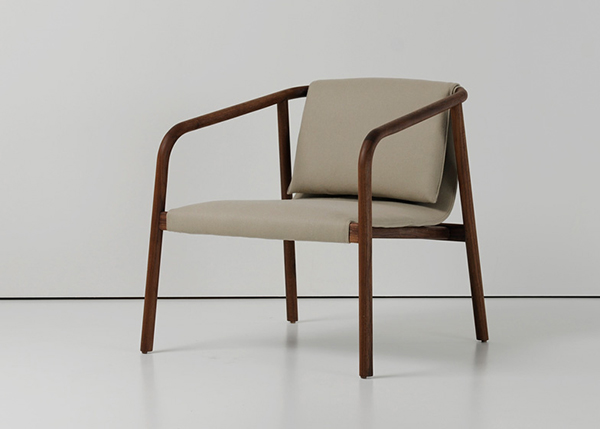 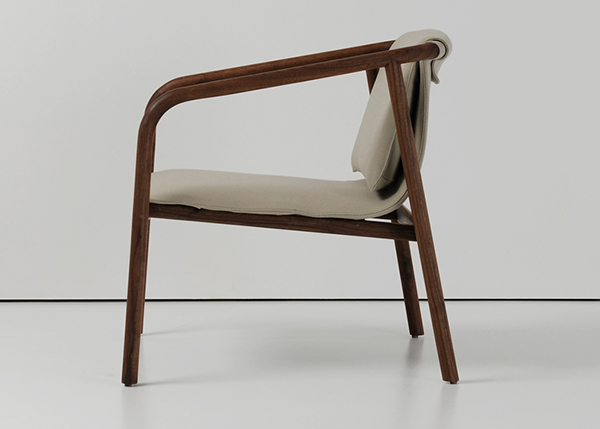 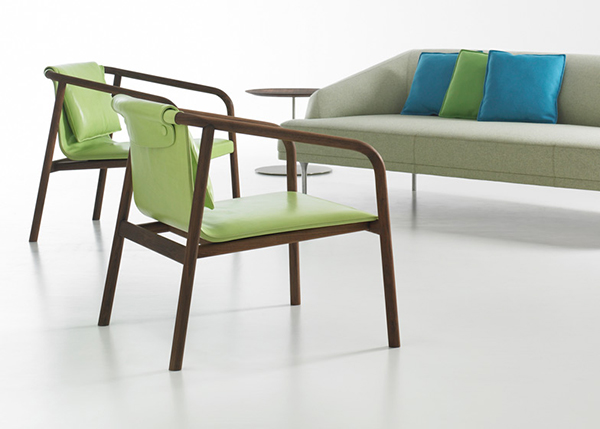 Be it fate, destiny or luck, Oslo’s debut at the 2013 London Design Festival ensures Helling maintains his title as a genius explorer of talent and marks the beginning of a new relationship between these exciting designers and furniture manufacture.