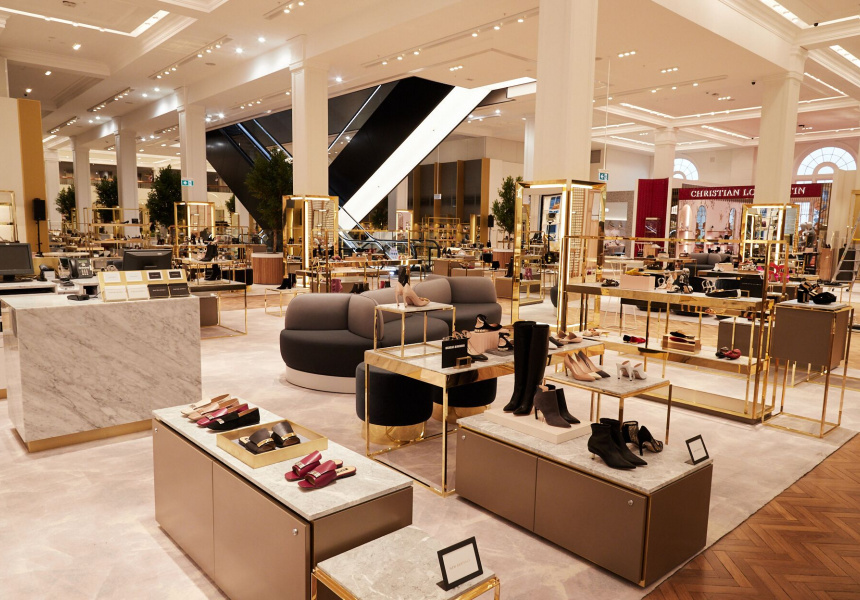 David Jones revamped its shoe department to emulate those in the world’s most luxurious department stores – think Le Bon Marche in Paris or Selfridges in London. Louis Vuitton, Chanel, Gucci, Dior, Christian Louboutin, Roger Vivier, Valentino and Salvatore Ferragamo each has its own bespoke boutique, while the fabulous footwear of fashion houses such as Saint Laurent, Balenciaga, Alexander McQueen, Jimmy Choo, Gianvito Rossi, Sergio Rossi, Aquazzura, Bally and Balmain, are also featured on the floor. 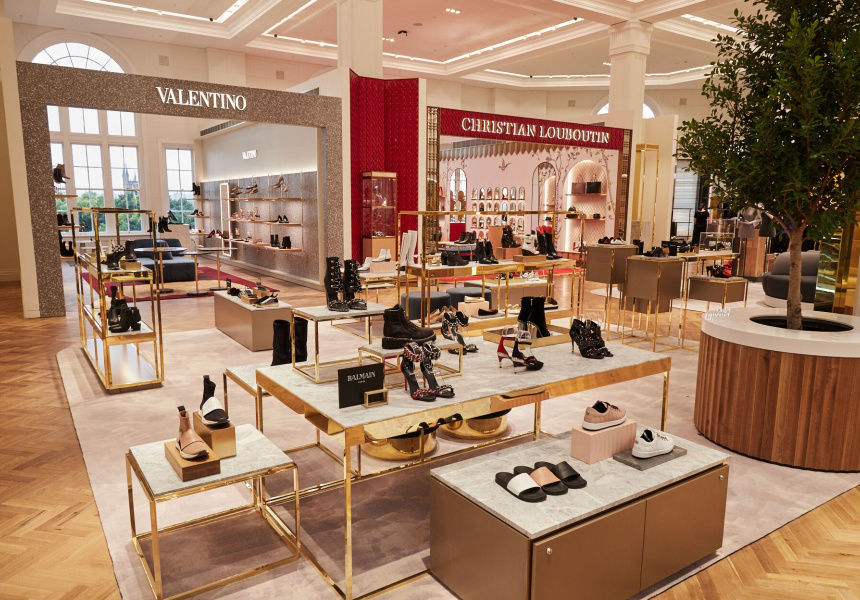 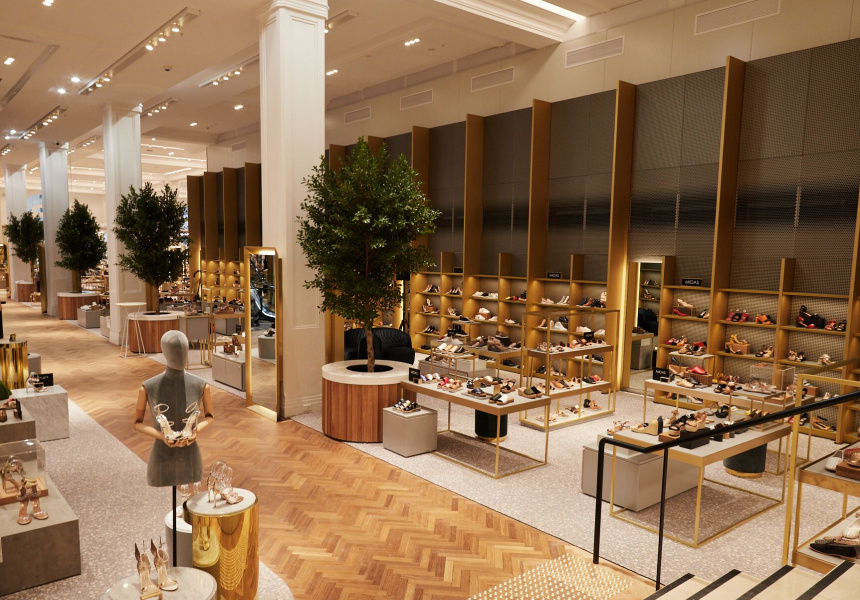 Seating and display stands have simple, solid geometric forms for a modern look. Shoes are displayed on rectangular blocks, circular podiums and gold shelving, and small groups of round upholstered stools, voluptuous lounge chairs and the La Isla sofa provide sumptuous seating for trying on shoes or having a well-earned rest. 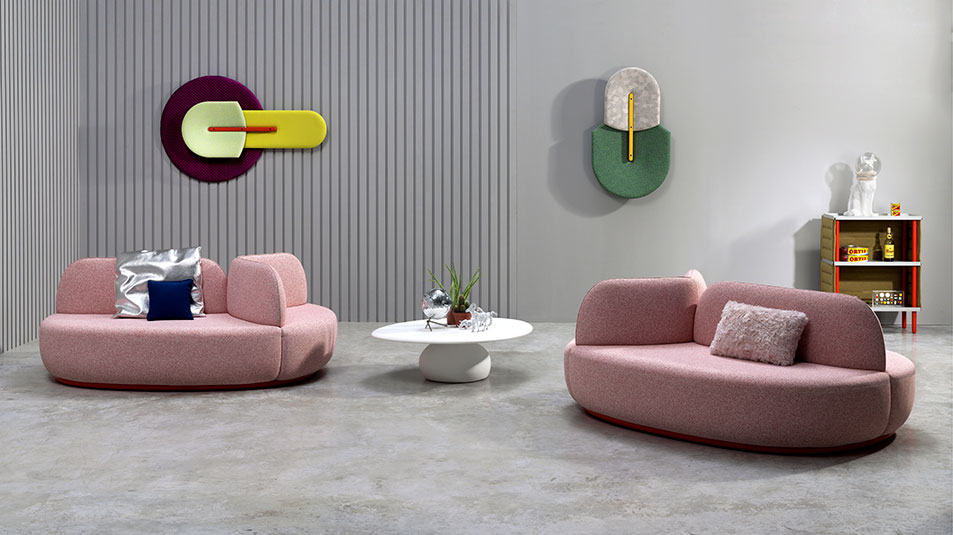 Sancal’s sofa has back rests that partition the rounded form, providing a place for people to be separate but together. The circular and oval sofas have three and four partitions respectively, and are upholstered in Kvadrat Steelcut – grey-green on the back rest, and a shade darker on the seat. The base is upholstered in quartz grey to blend with the carpet.

Level 7 is also home to David Jones’ newly refurbished Bridal Salon and David Jones Gift Registry, and a champagne bar will soon open on the mezzanine overlooking the shoe floor. The transformation is part of the $200-million redevelopment of the Elizabeth Street store, which opened in 1927 and is steeped in history. It hosted the first Dior fashion show outside of Paris in 1948, and Her Royal Highness Majesty Queen Elizabeth II and His Royal Highness Prince Phillip Duke of Edinburgh attended the official State Banquet in 1954.