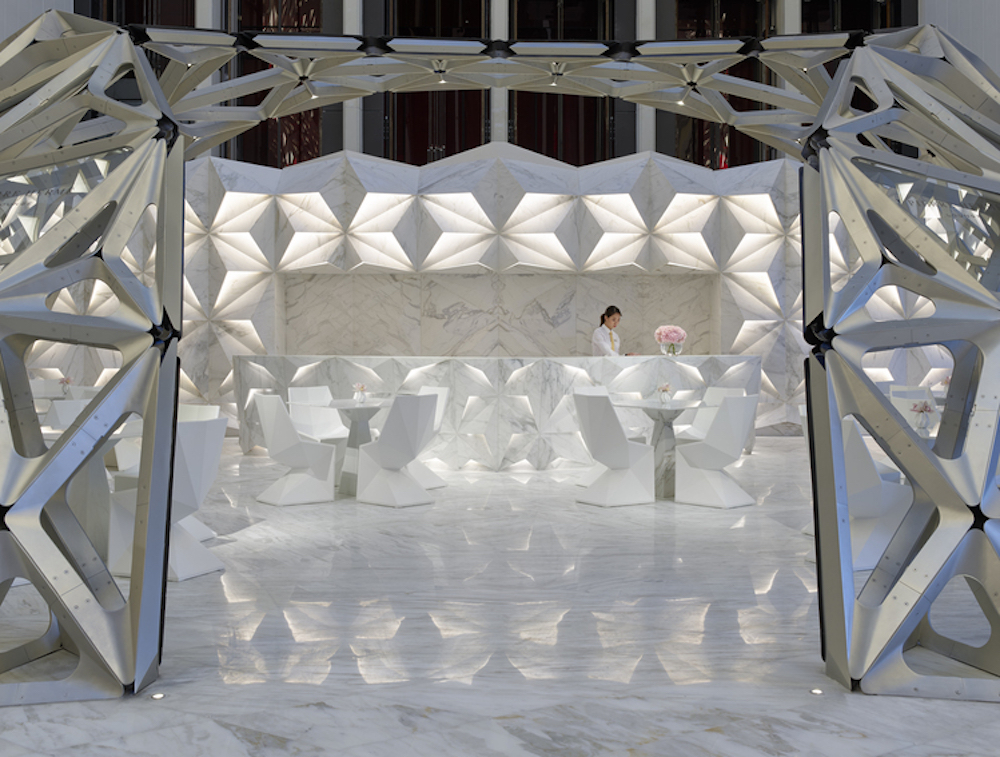 Vondom’s Vertex collection of tables and chairs has faceted, triangular planes, and feature in the new jaw-dropping Morpheus Hotel in Macao, China, designed by Zaha Hadid Architects (ZHA). Their chiselled form appears as if carved from a single block of material, and their angles are in striking contrast to the carved-out spaces and woven façade of the building. 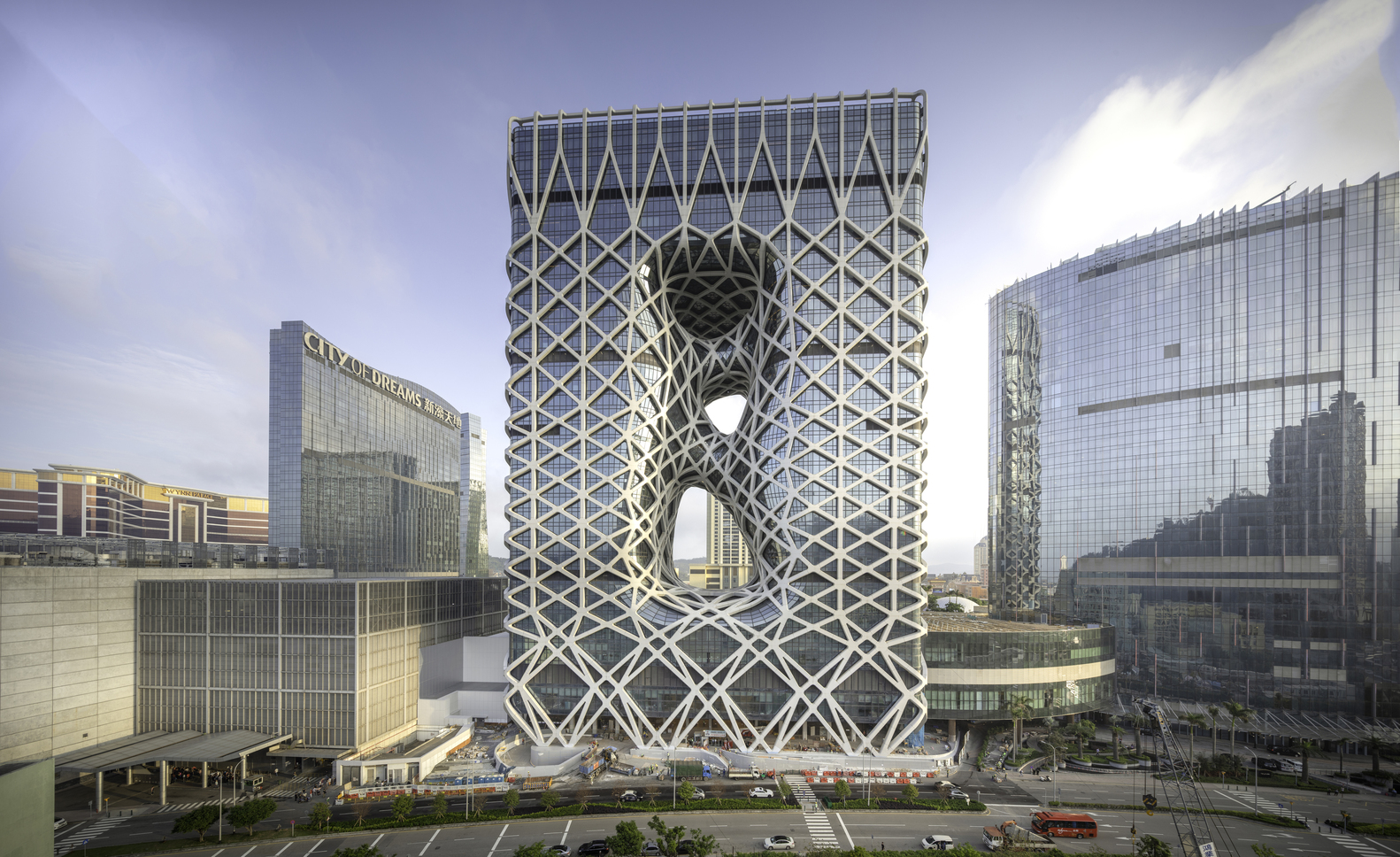 The architecture of Morpheus Hotel is inspired by the fluid forms found in Chinese jade carving. The 40-storey hotel has two towers, which are linked at the top and bottom, and separate and merge through the centre, as if punctured by three holes. It is constructed with the world’s first free-form high-rise exoskeleton, eliminating the need for internal walls or columns and allowing for voluminous, sculptural interior spaces that work seamlessly with the exterior. 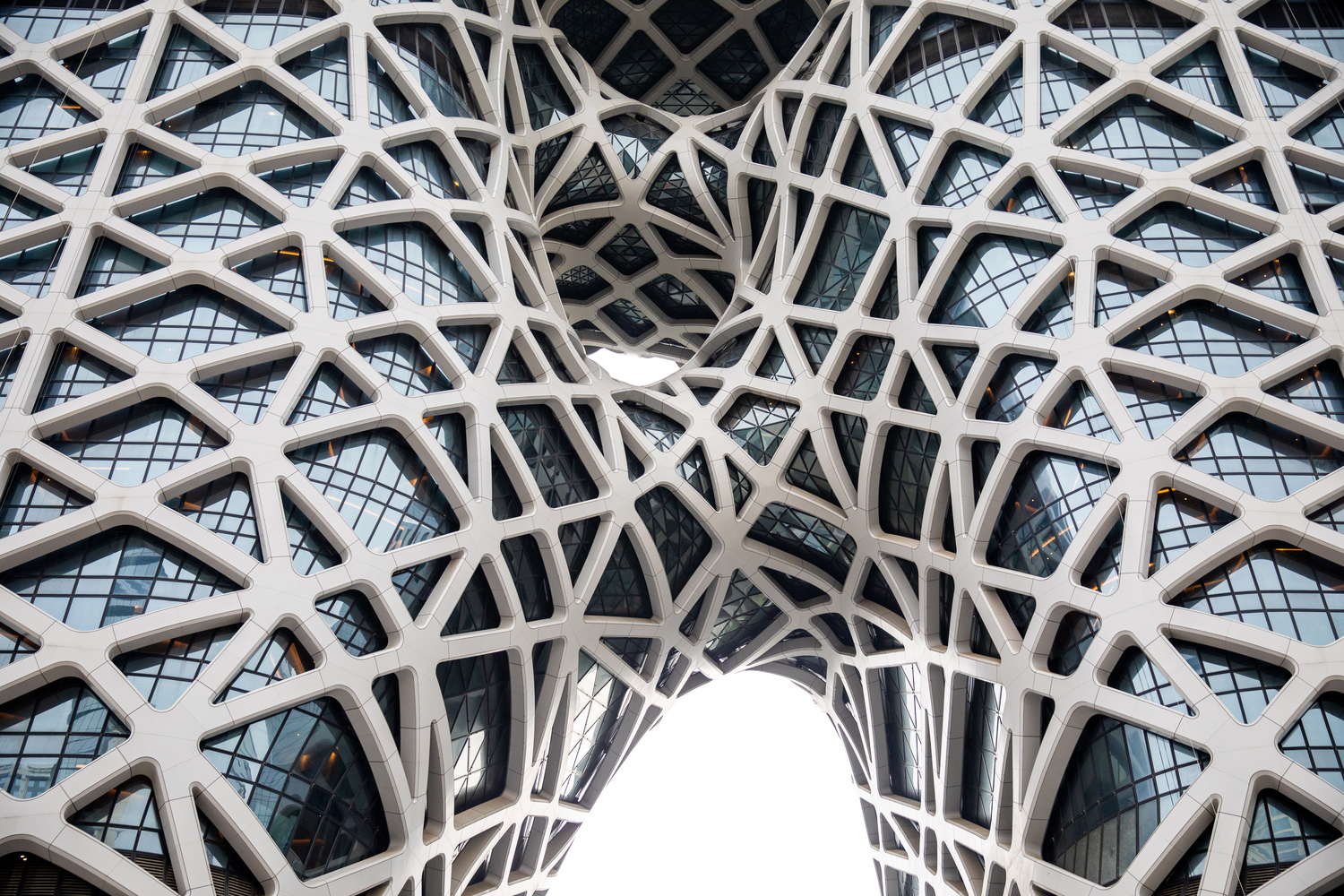 “The design is intriguing as it makes no reference to traditional architectural typologies,” says ZHA project director Viviana Muscettola. “Macau’s buildings have previously referenced architecture styles from around the world. Morpheus has evolved from its unique environment and site conditions as a new architecture, expressly of this city.” 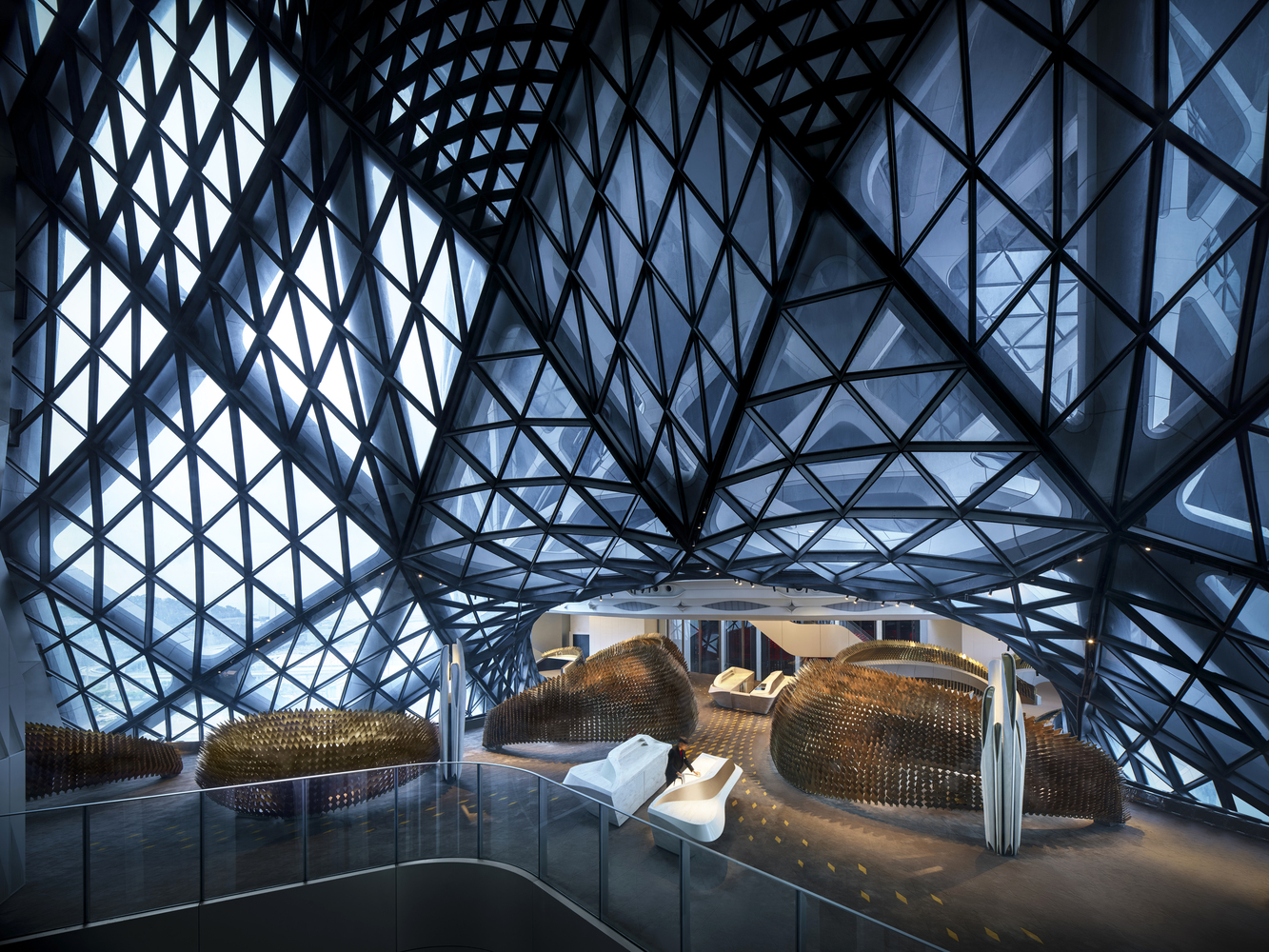 Karim Rashid, who designed the Vertex collection for Vondom, shares a similar philosophy on design. “My real desire is to see people live in the modus of our time, to participate in the contemporary world and to release themselves from nostalgia, antiquated traditions, old rituals, kitsch and the meaningless,” the designer says. As such, both the furniture and building have an almost-futuristic aesthetic. 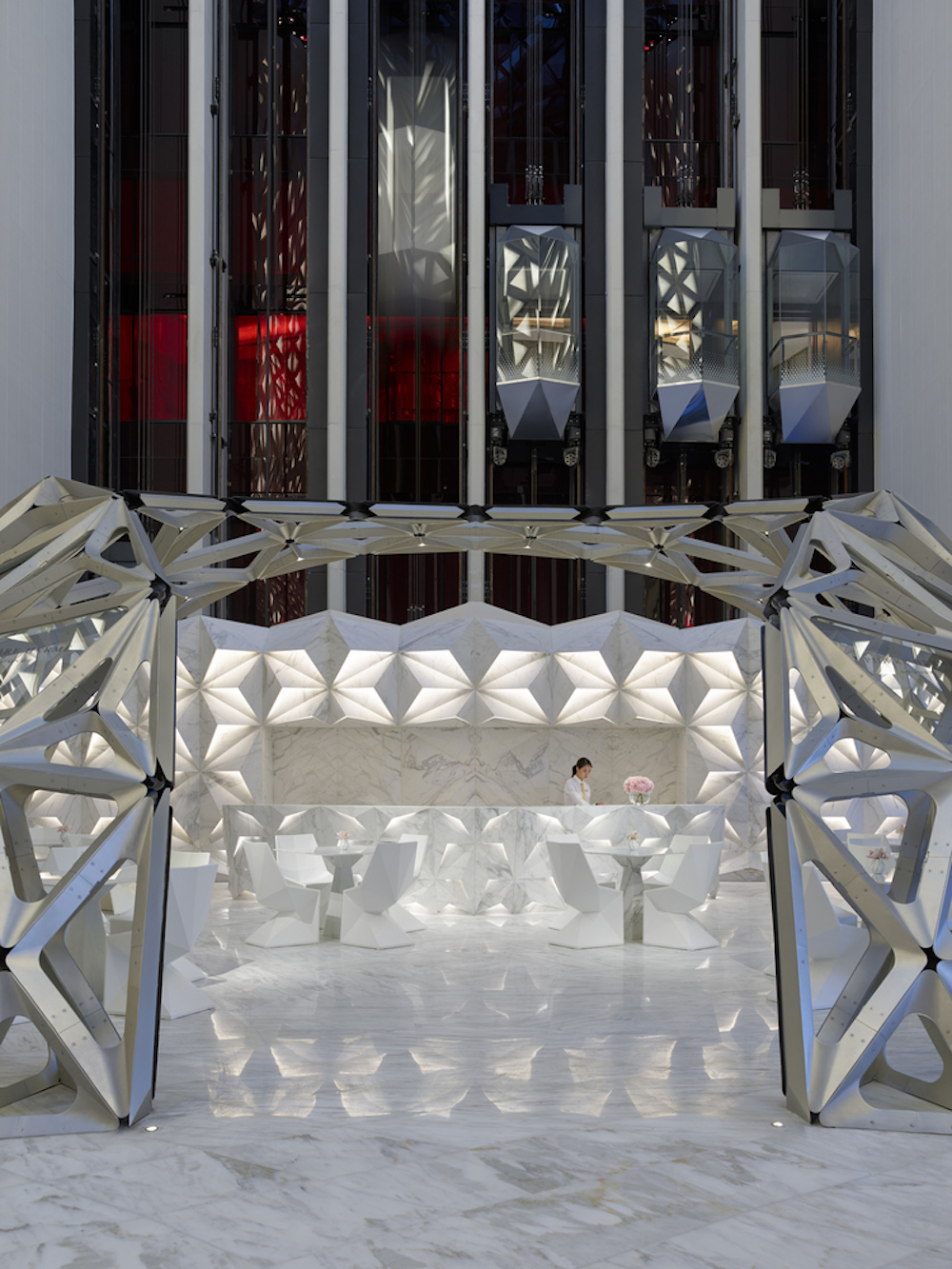 White Vertex chairs and tables are arranged in the lobby of the hotel, below the full-height atrium. They offer spectacular views of the 12 glass elevators that service the towers; the twisting, woven façade of interior spaces; and the underside of the central bridge that cross the atrium between the towers.

The Vertex collection includes chairs, stools and a variety of table shapes and sizes. Made of polyethylene, it is lightweight, 100 per cent recyclable and suitable for indoor and outdoor use. Vertex is available in coloured and textured finishes, hi-gloss lacquers, internally illuminated with ethereal LED light or remote-controlled colour RGB lighting. 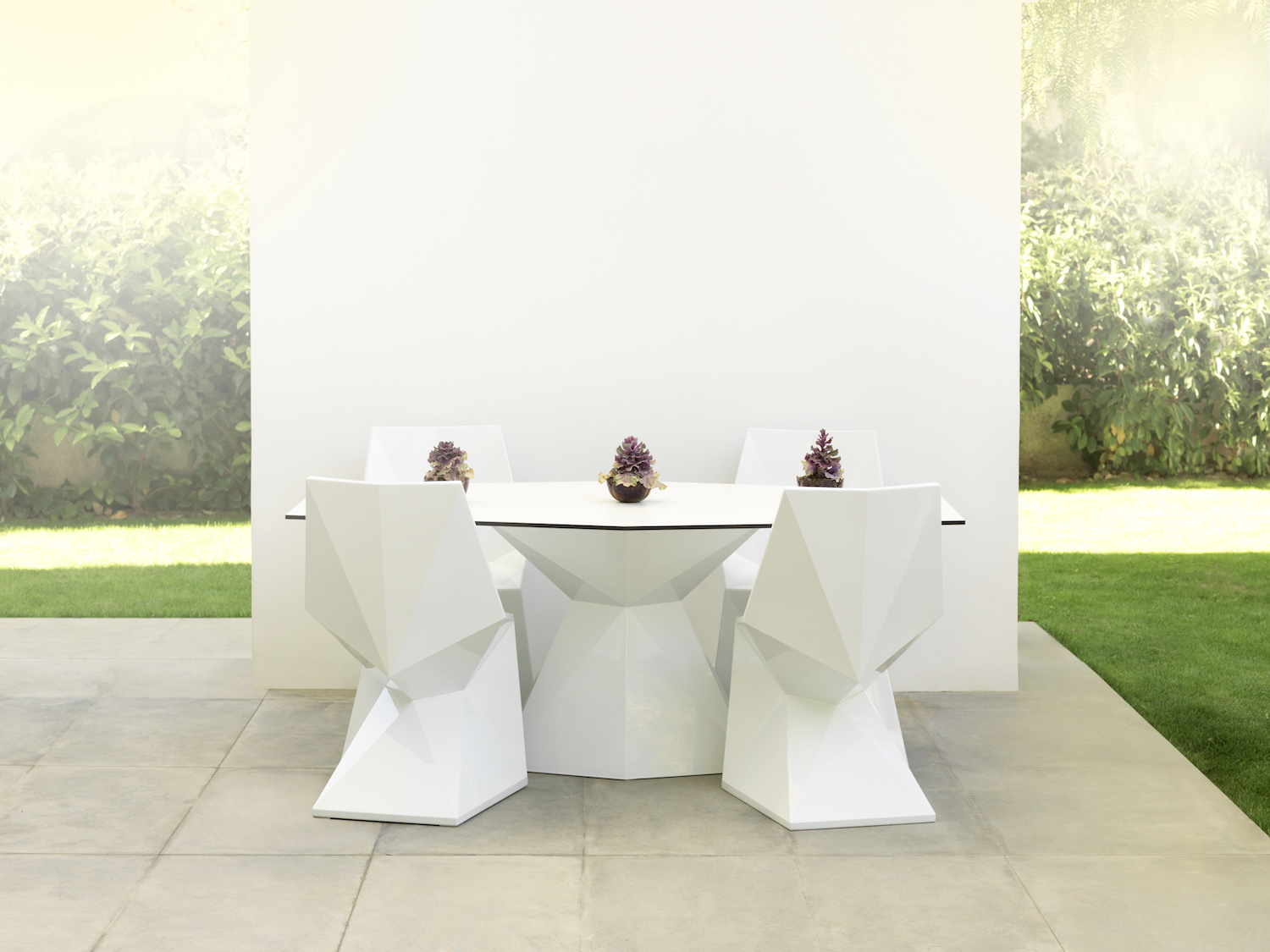 For more information about the Vondom Vertex collection, drop by the KE-ZU showroom at Alexandria or view the products online.