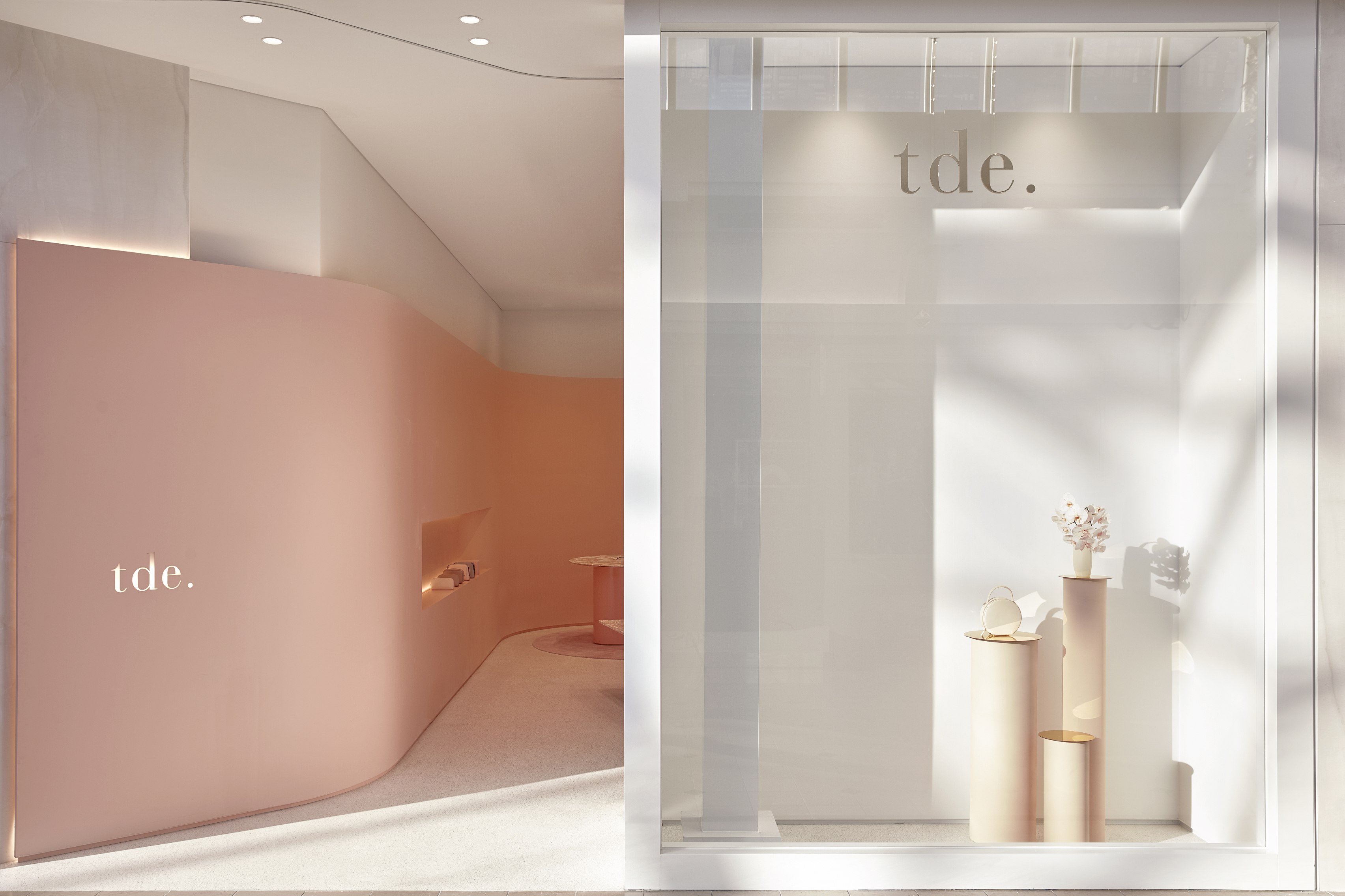 Founders of Pattern, Lily Goodwin and Josh Cain, have been working with The Daily Edited (tde.) to design window installations and concessions and the company’s recently opened flagship stores in Melbourne and Sydney. We spoke to Lily about the design of the stores, which feature Jaime Hayon’s ABALLS lights by Parachilna. 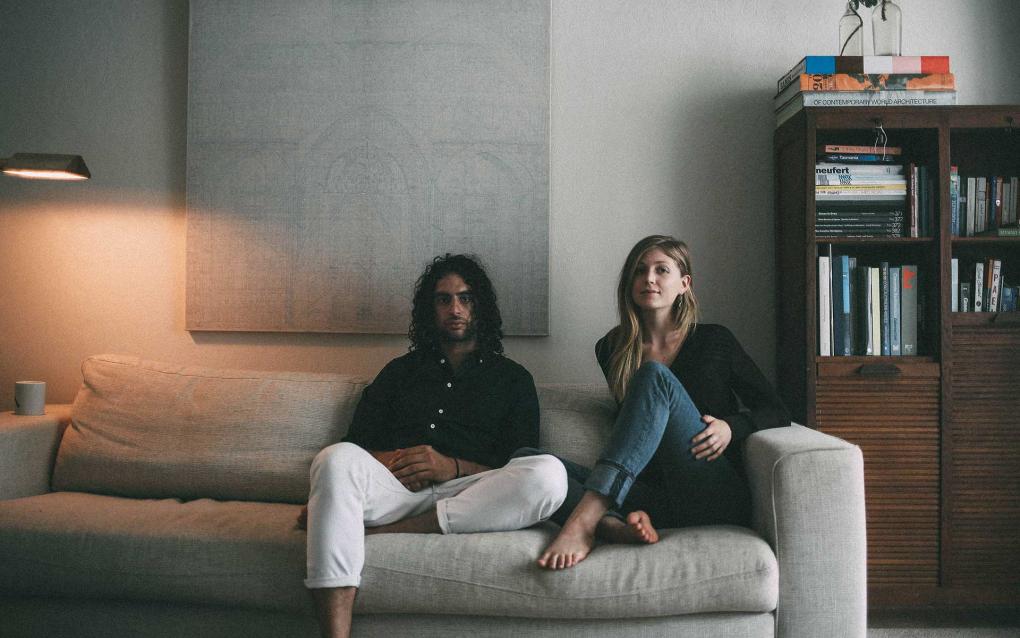 How did you begin working with The Daily Edited?

We met co-founder Alyce Tran through a mutual friend in 2016 when tde. was still a young brand, though growing quickly. We designed retail concessions and window installations in Australia and overseas, including a retail pop-up in Saks Fifth Avenue in New York. About a year later we were asked to design the flagship stores for both Sydney and Melbourne.

How did your design take the TDE brand into account?

The tde. brand gives customers a luxurious experience at a more accessible price point. We wanted to create spaces that felt suitably luxurious to enhance the overall retail experience, make it feel really special. We felt that it was important to avoid overcrowding the spaces in order to create a sense of luxury. There’s a lot happening in the stores visually; product display and often spectacular floral bouquets. We kept forms and detailing within the interiors clean and minimal to bring relief and clarity to the spaces.

What visual experience did you want to create?

The two stores are quite different in terms of what they offer experientially. In Sydney the store is large and was designed as a collection of smaller spaces that are arranged sequentially; like the layout of a high-end residential apartment.

In Melbourne the store has a smaller floor area, so we had to do more with less space. We boldly used the brand colour on all four walls but kept all other ornament and decoration to a minimum to create a sense of spaciousness. 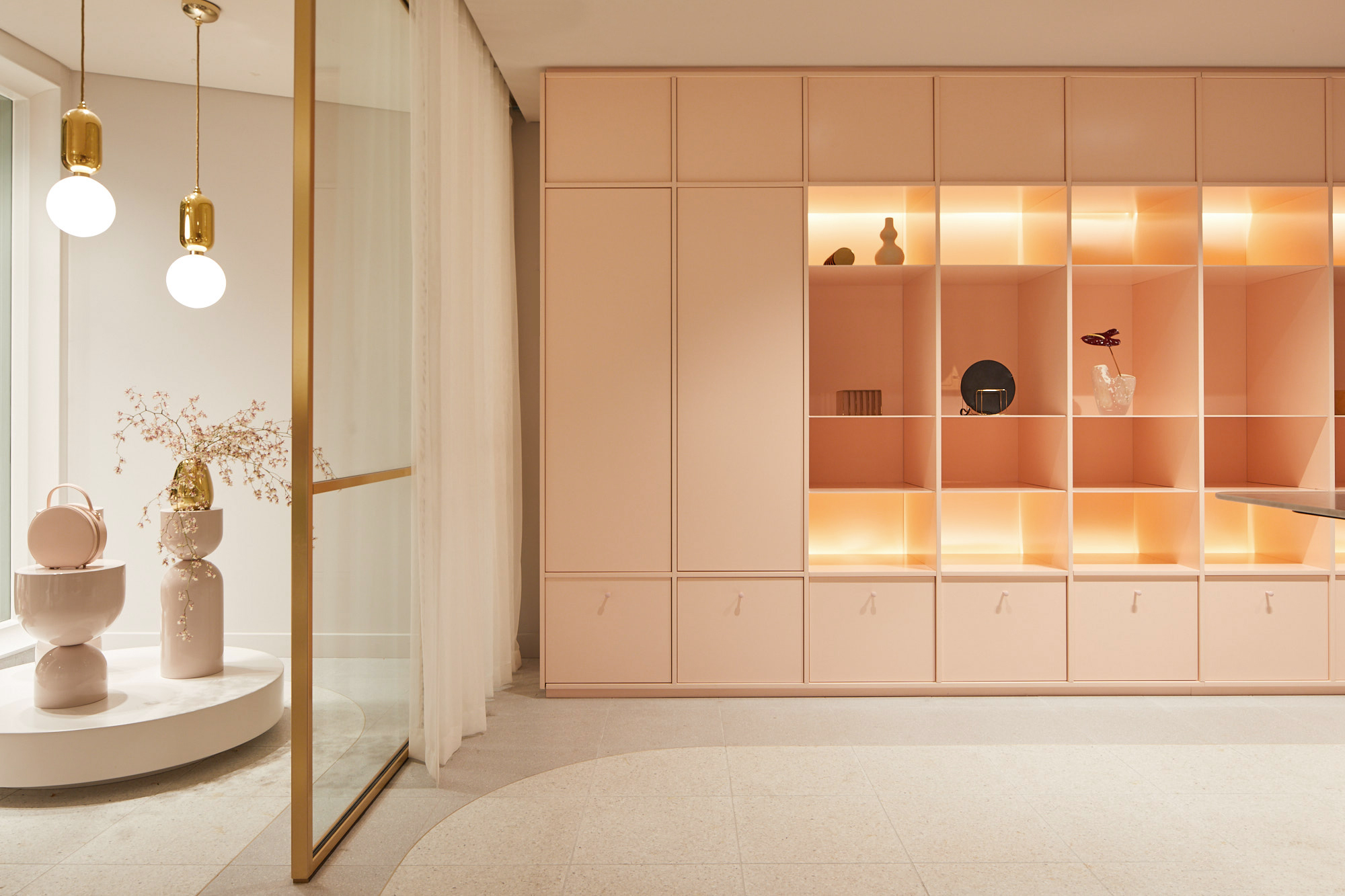 Each store is quite unlike any other retail experience in Australia at the moment, so it’s been fun and exciting for customers and fans of the brand to visit and experience.

The Sydney and Melbourne stores have different aesthetics but speak the same design language. How did you achieve this?

This is achieved in a number of ways. There is consistency in the use of materials, both stores have terrazzo floors, brass highlights, and use natural stone. The interior detailing is clean and minimal and incorporates curves and rounded forms. Selections of furniture, light fittings, and objects are made carefully, consideration is given to the individual piece itself as well as its surrounds. 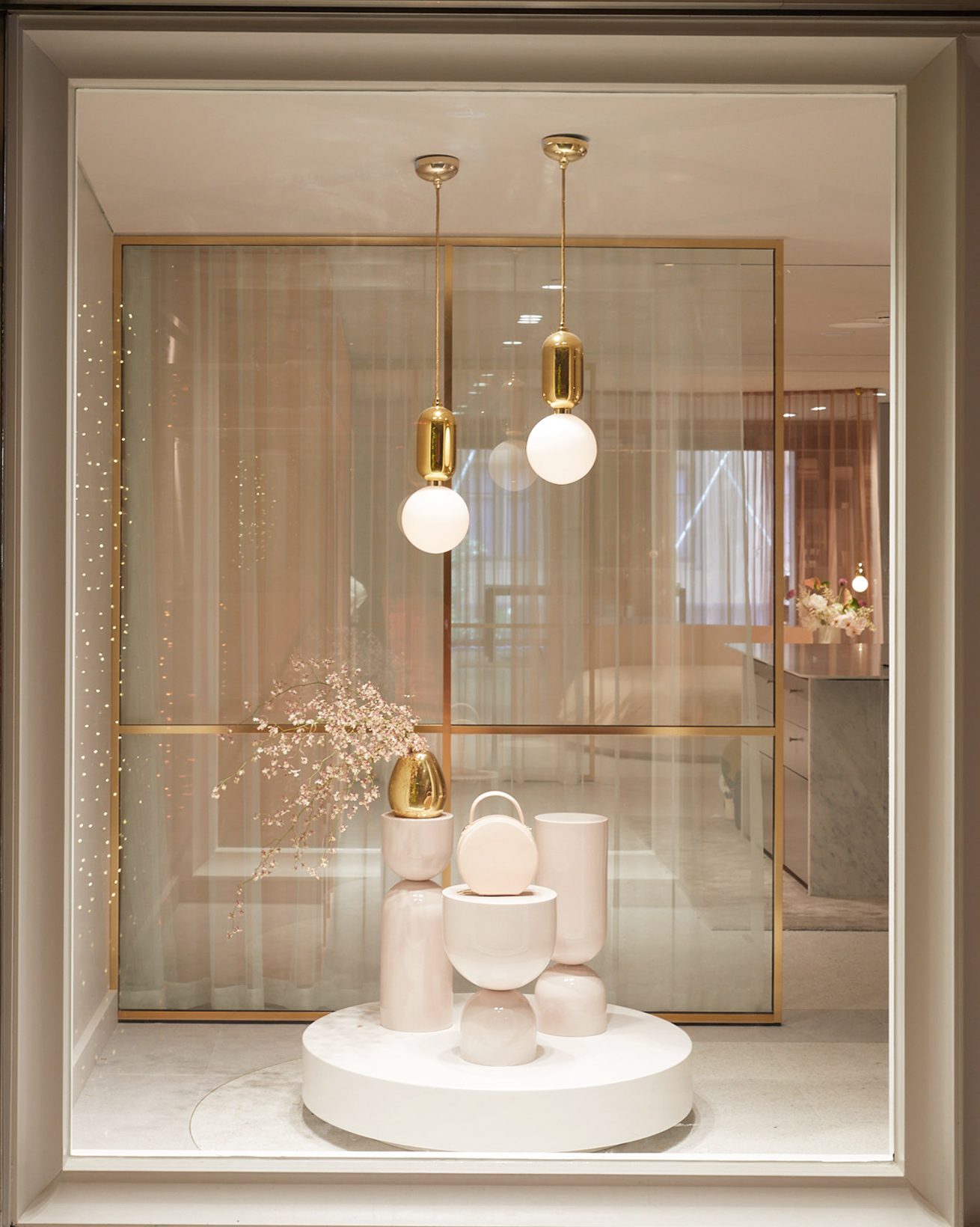 Both stores feature Parachilna’s ABALLS. Why did you choose these lights?

We’re big fans of Jaime, his designs are beautiful and refined but maintain a sense of playfulness. The ABALLS are very precious but not fussy or over detailed. There is a simplicity and quality of restraint about them that we love. The rounded forms and geometry work really well aesthetically with both stores. Hopefully Jaime would be approving of how we’ve used them! 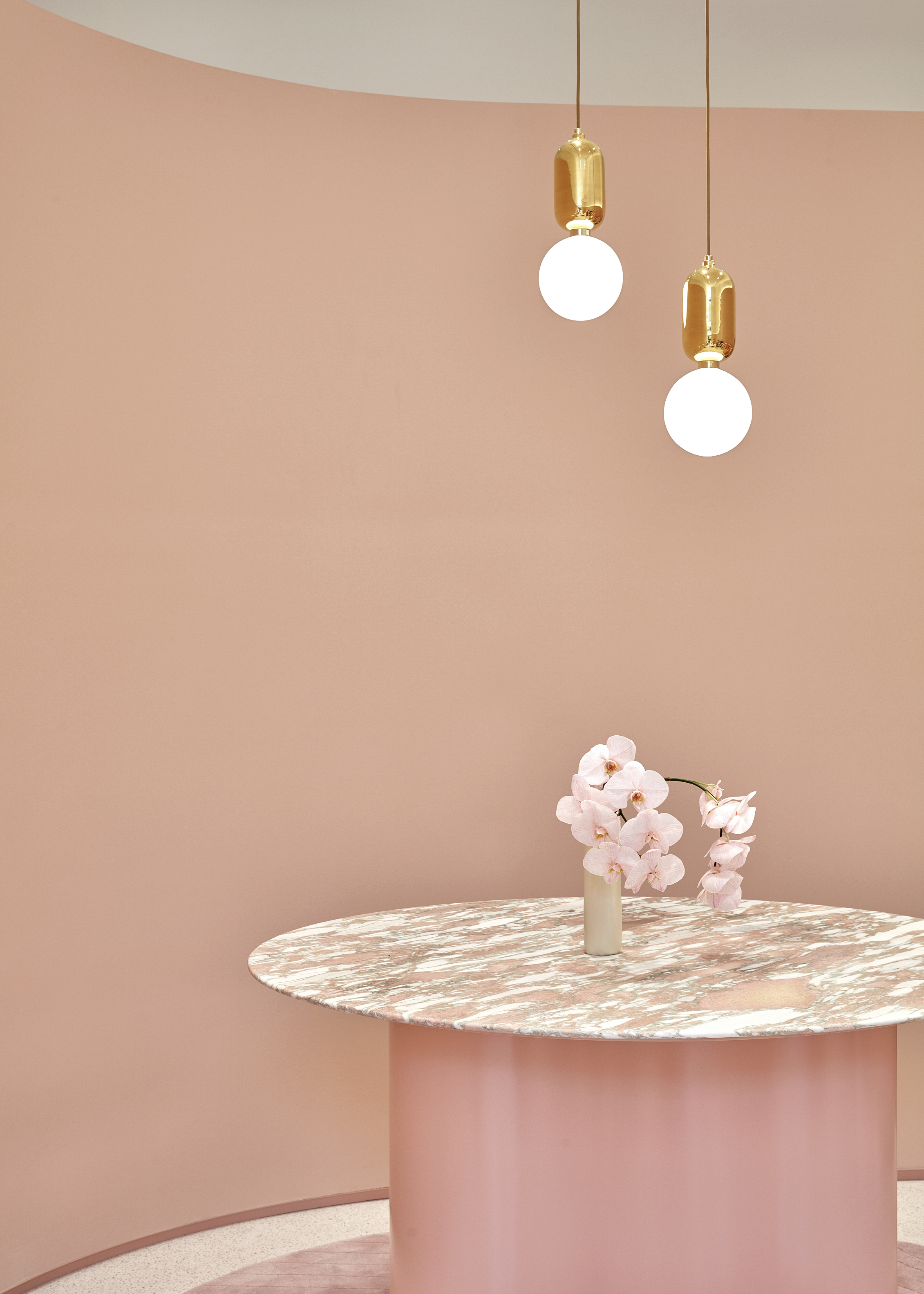 How did you incorporate the ABALLS and for what effect?

In Sydney the shop window was designed to be a little vignette through to the apartment. We included two of the pendants above the Time Piece Tables, which are also designed by Jaime. The lights and tables share a common design language and work really nicely together. They are framed well by the shopfront and create visual interest that can draw a customer into a store.

In Melbourne the ABALLS are suspended above a larger round table, which is a custom piece of furniture we designed for the store. The wall behind this table is curved and pink and provides a bold backdrop for the lights. They are a focal point within the store and help to highlight the point of sale.

In both stores we gave consideration to where they would sit within the space, as well as what height they would be installed at. It’s important to get this right so there can be a sense of harmony between the lights and the furniture beneath. 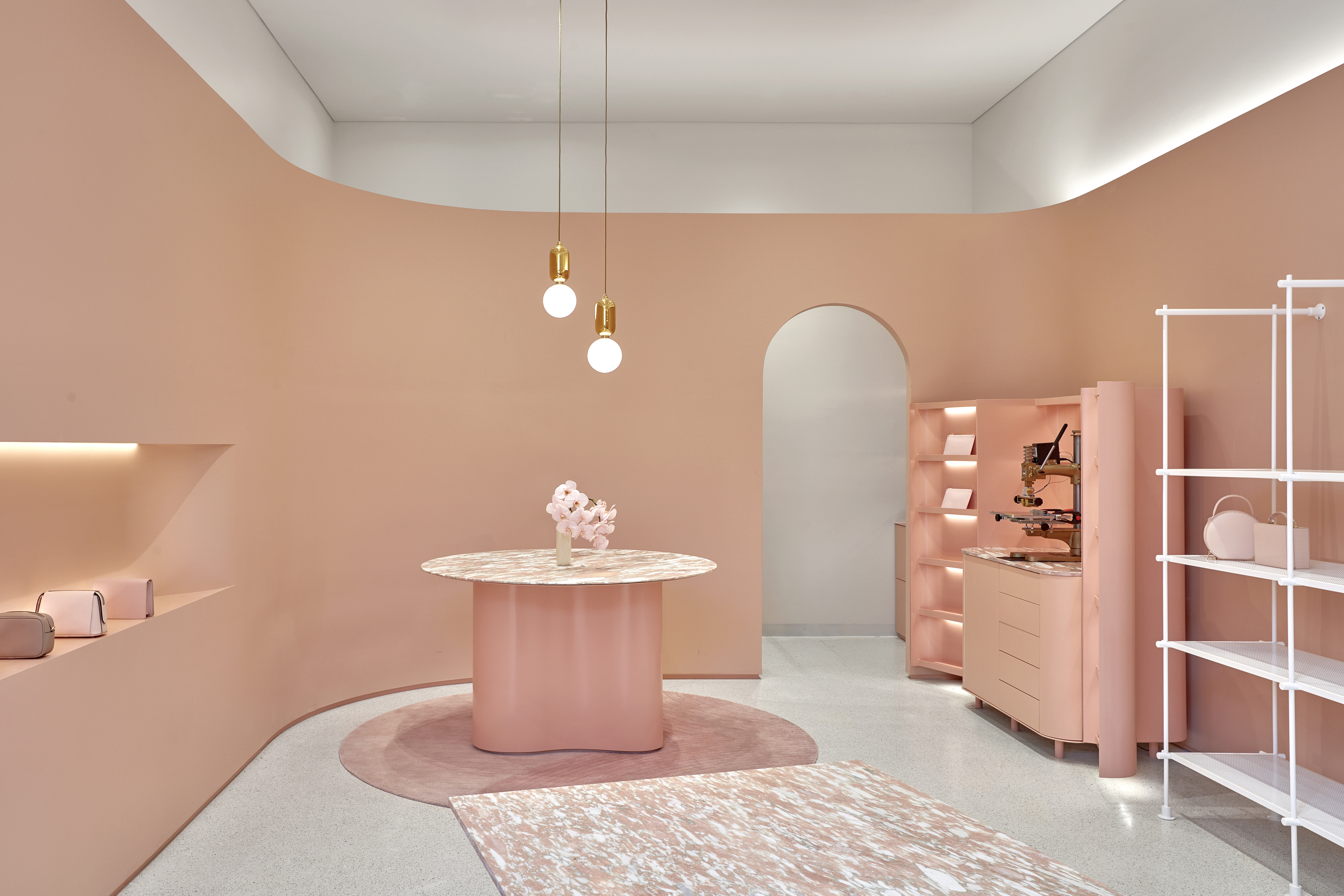 Team KE-ZU send our congratulations to Pattern for producing such beautiful spaces that have been so well received. We look forward to seeing what they do next.

Click here for more information about Parachilna’s ABALLS, or drop by the KE-ZU showroom at Alexandria.