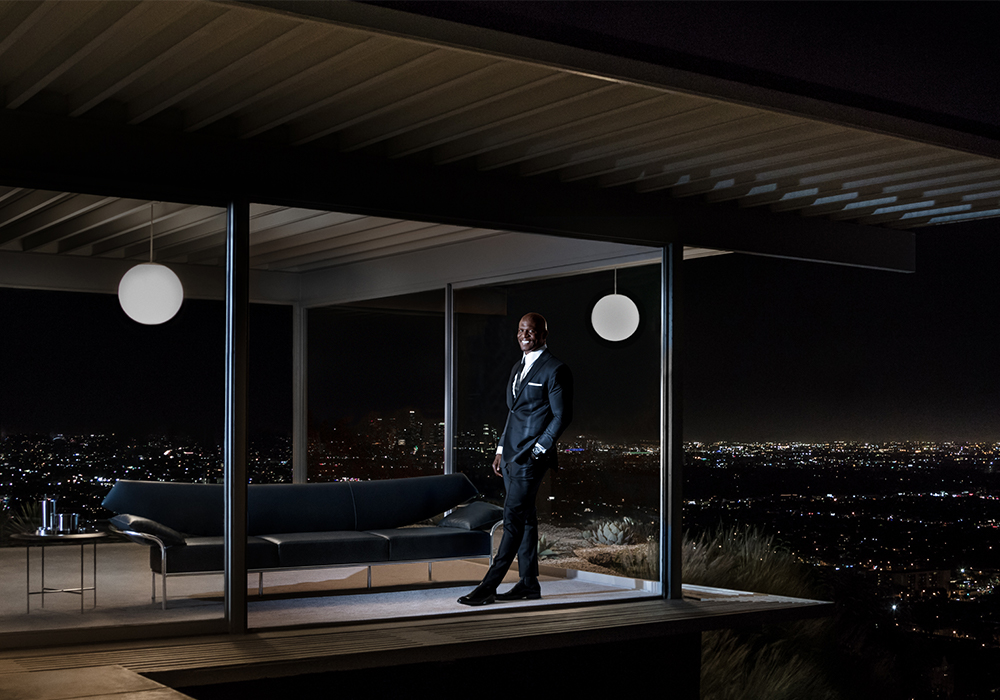 The Creatives is Bernhardt Design’s ongoing initiative to collaborate with people outside the traditional world. In The Creatives, Part 1, we introduce you to Terry Crews and the Terry Crews Collection.

Crews could be what you call a triple threat: an actor, athlete and artist. You may be more familiar with him as an actor on Brooklyn Nine-Nine or in the Expendables movie franchise, but before that he was a professional football player and graphic designer. Now, he’s added another string to his bow as a furniture designer, creating an Egyptian-inspired collection with Bernhardt Design. 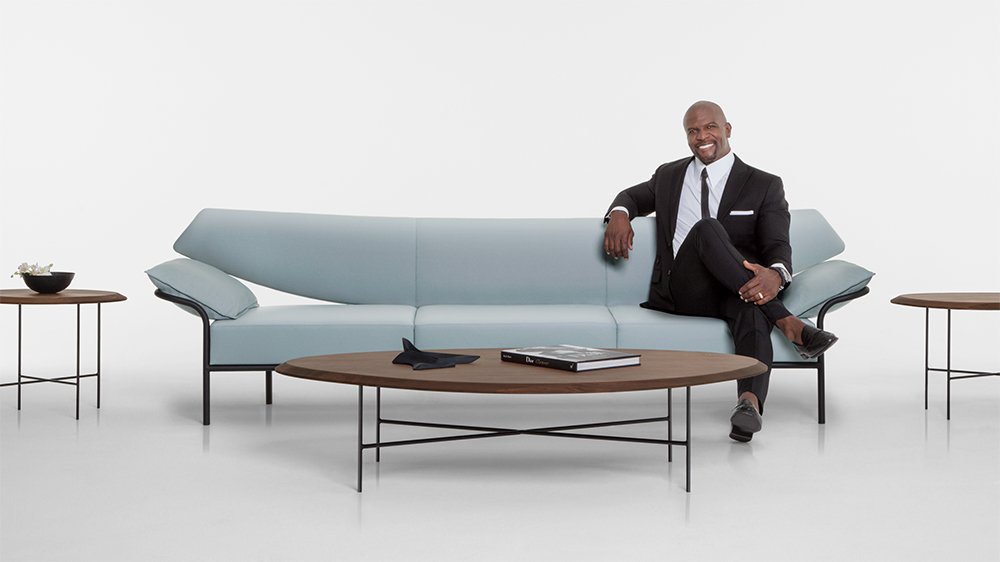 Crews has long had a creative side. He grew up in Flint, Michigan, a major centre of automobile production and from an early age he was captivated by automobile design. He received a scholarship to study graphic design at Western Michigan University where he also joined the football team. Crews tried to balance both football and art, and while he went on to play in the NFL he stoked his passion for art in the off-season by sketching, painting and studying illustrators. 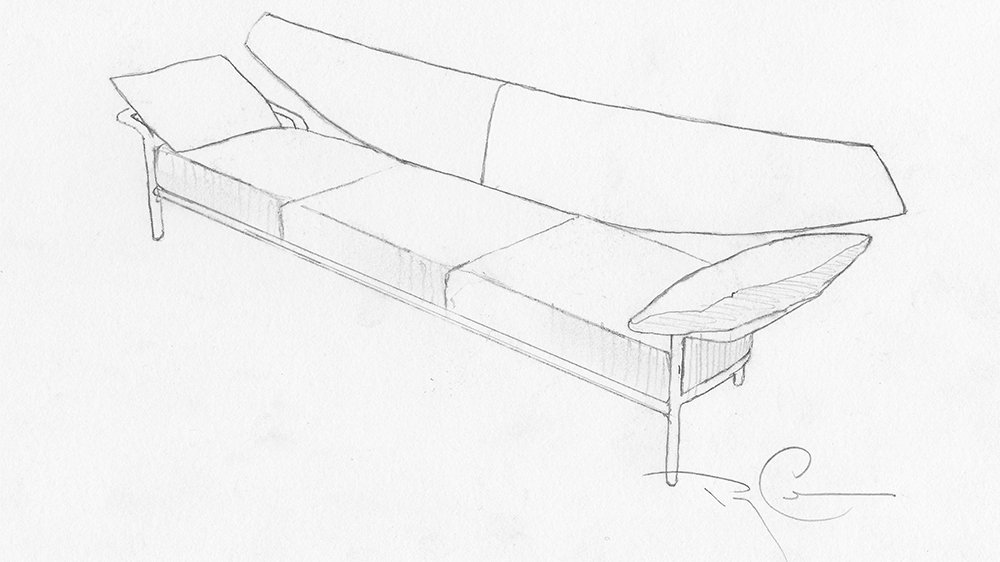 When his NFL career came to an end, Crews, a self-proclaimed ‘font junkie,’ tried his hand in animation only to be knocked back by Disney. So, he took to acting instead. Yes always interested in the world of design, he stayed involved and was eventually introduced to Bernhardt Design’s President and Creative Director Jerry Helling at ICFF one year.

“Upon meeting Terry Crews, we discussed the importance of supporting emerging designers and considered how we might partner in the future to help young talent. The more we spoke, the more I was impressed by his knowledge and commitment to art and design,” Helling says. After researching his background, I was captivated by his keen eye for scale and proportion, and more importantly, his skills at painting and drawing.” Helling proposed doing a collection with Crews, who quickly amassed a body of sketches for development. “The ideas were so strong that it was difficult to select which products to develop. Ultimately, we narrowed it down to five unique designs for his inaugural collection.” 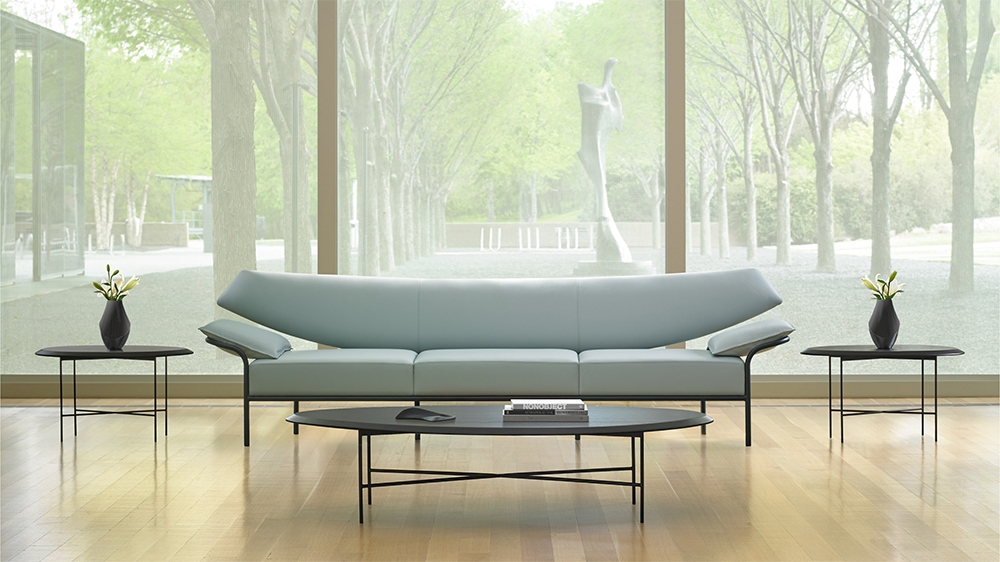 The Terry Crews Collection is inspired by ancient Egypt; or more specifically, Crew’s favourite film, The Ten Commandments (1956). “I began envisioning what modern contemporary furniture would look like if Egypt was the dominant world power,” Crews says. Crews’ collection, which debuted at ICFF this May, includes the Ibis sofa, Float tables, Aire bench, Lily Pad chair/table combination and the Lily chair. “I want something beautiful. I want something special. I want to see something that I did with my own hands that touches the world,” Crews says. “There’s nothing more satisfying.” 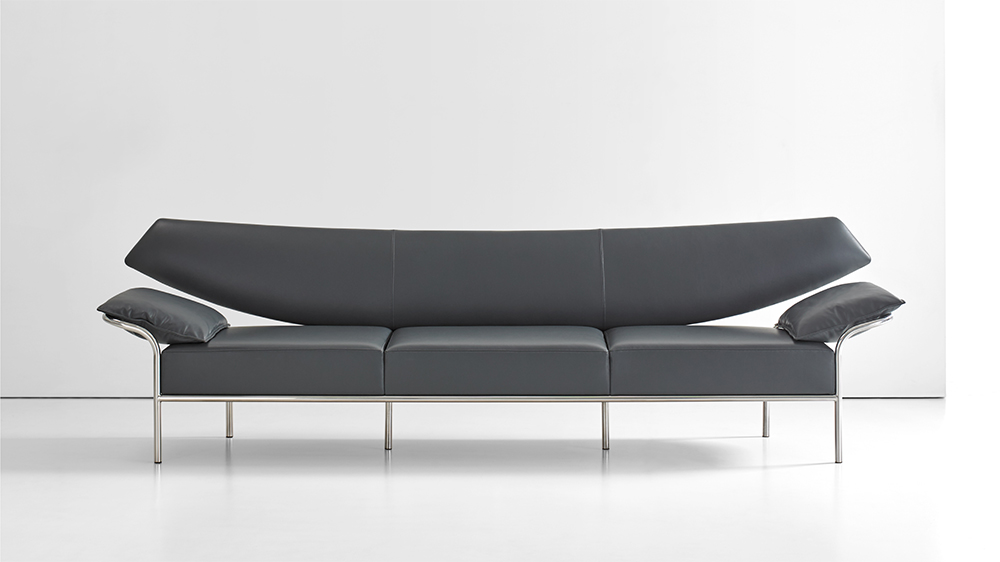 The Ibis sofa has a long and shapely back like the outstretched wings of the bird it is named for. It is Crews’ vision of a modern design that would sit comfortably in an ancient Egyptian palace, and Helling even hails the Ibis sofa “as the best thing we’ve ever done.” 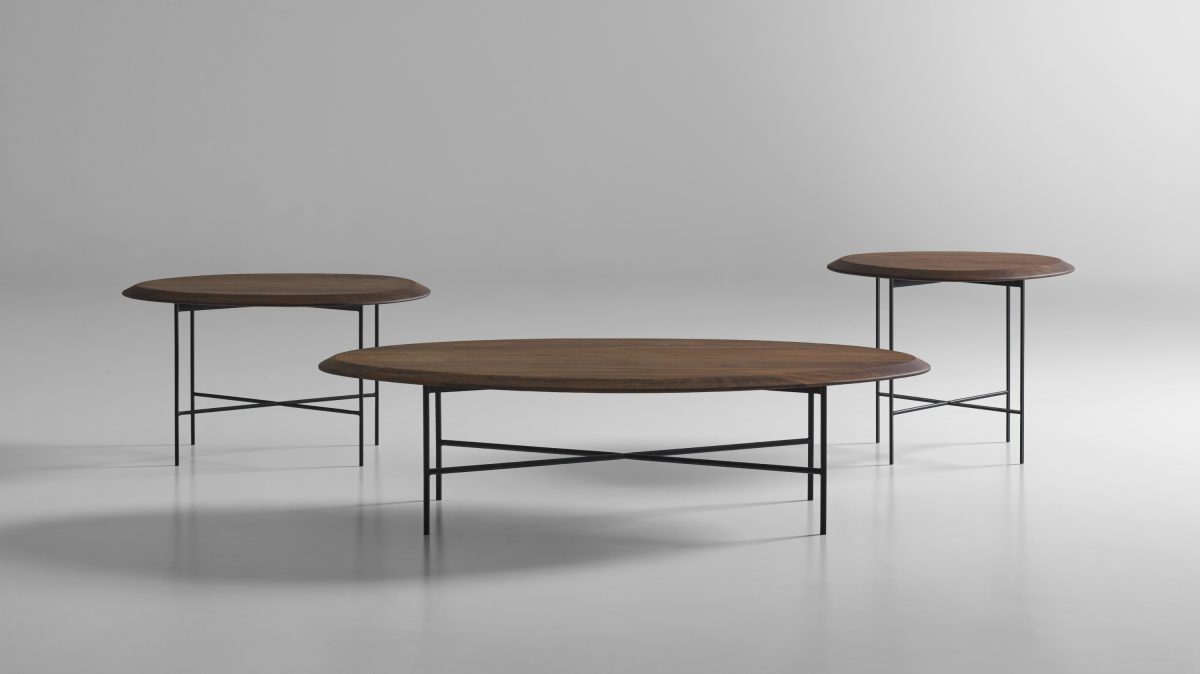 The series of Float tables have smooth rounded edges reminiscent of stones in the Nile River. The series includes two elliptical coffee tables and two end tables with solid American walnut tabletops. The organic shape of the Aire bench likewise alludes to the pebbles along the shore of the Nile. “I had visions of water flowing over these rocks and the soothing, ambient sound it would make. The table and bench shapes are irregular and organic, because I wanted them to appear as if they had been shaped over thousands of years,” Crews describes. 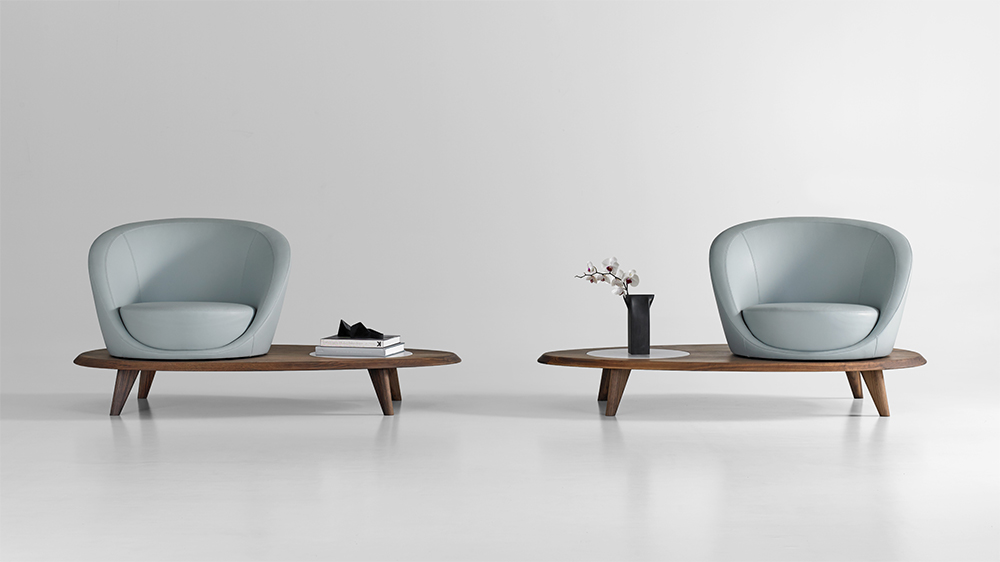 Like the floating leaf of the water lily and the bloom of the lotus, Lily Pad is a lounge chair that sits atop a single elevated platform that also serves as a side table. The chair incorporates a self-returning swivel mechanism and the solid American walnut platform has a circular insert available in three colours in subtle suede finishes. 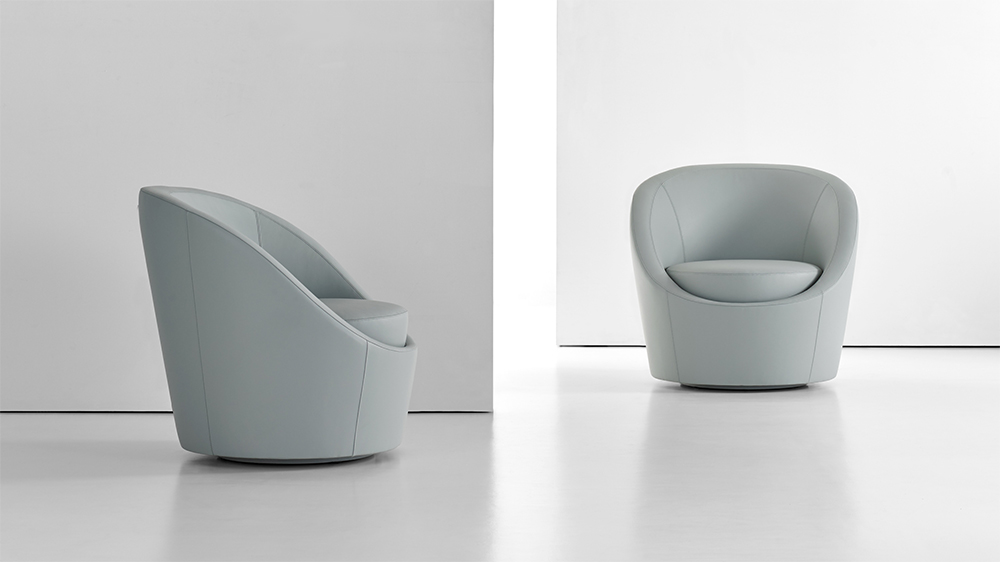 Taking its cue from Lilypad, the Lily chair features that same continuous line that traces the exterior of the chair and encases a soft circular cushion much like the centre of a blooming flower. “The chair subtly converges from an open bloom at the top to a perfect circle at the base,” Crews says.

Each piece in the Terry Crews Collection is customisable using options that include polished or matte black stainless steel, American walnut and a can be specified in your choice of leathers and textiles.

Stay tuned as we bring you more new products and collaborations by Bernhardt Design.