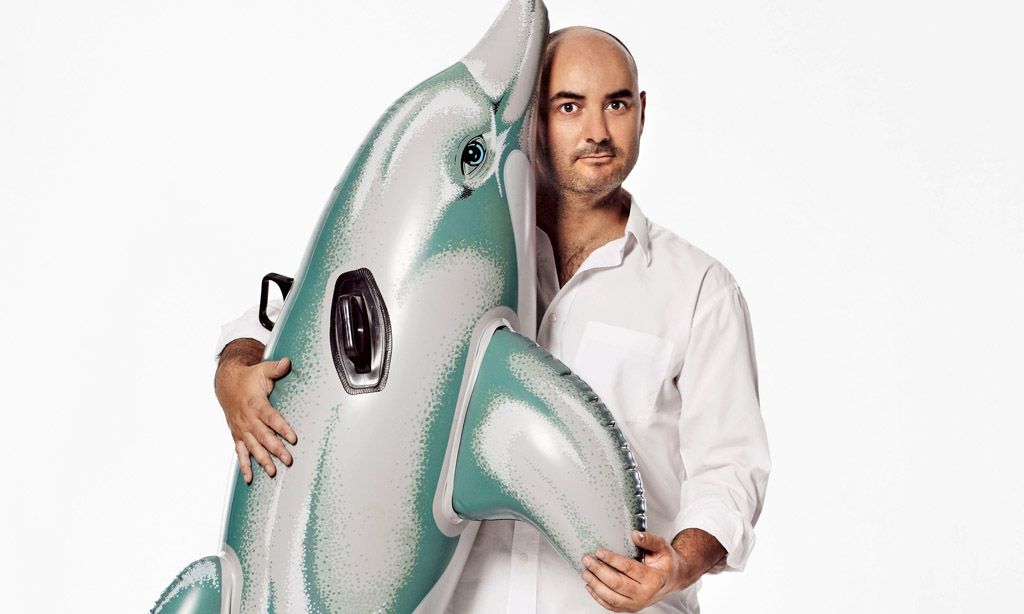 One of our favourite designers, Eugeni Quitllet was recently named Maison & Objet Paris Design of the Year. He readily describes himself as a ‘Disoñador,’ a Spanish contraction of designer and dreamer. His invented future is gravity-free, with incredible aesthetics summarised in a combination of digital precision and flowing curves.

Eugeni creates bestselling objects between drawings and sculptures, mastering fullness and voids to reveal elegant silhouettes hidden in the material. His creative vocabulary surpasses the simple relationship between function and style introducing new objects to the contemporary design scene, always with unwavering enthusiasm: the Tabu chair is an explosion of life for Alias, an event at the Milan Fair 2014, like a blossoming that develops into a seat synthesising nature and the robotics required for its digital sculpture.

In 2015, the Tube chairs at Mobles 114 and Dream-Air at Kartell embody the designer’s passion for weightlessness. The former with its tubular structure mixes the vocabulary of modernity’s 20th century design. The latter designed “Like a scarf in the wind, a dream suspended in the air. Dream-Air is a simple frame capturing the beauty of the curve of a body sitting in empty space.” 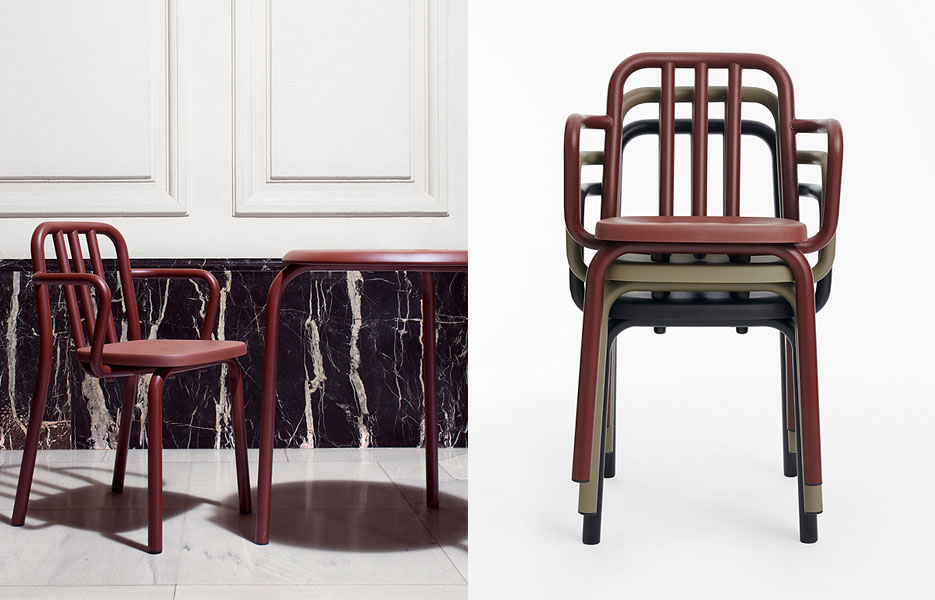 The same year and the same idea of lightness with the Cloud-io chair and Vase-O like water droplets condensed in the space to form a seat and a translucent vase at Kartell. As for the Dream Tool collection for Lexon again in 2015, small flowing landscapes are invented where the functions are suspended in a frame: a signature process which naturally reappears in several of the designer’s projects like the Shine vases (2013) and the Light Air lamp (2011) for Kartell. 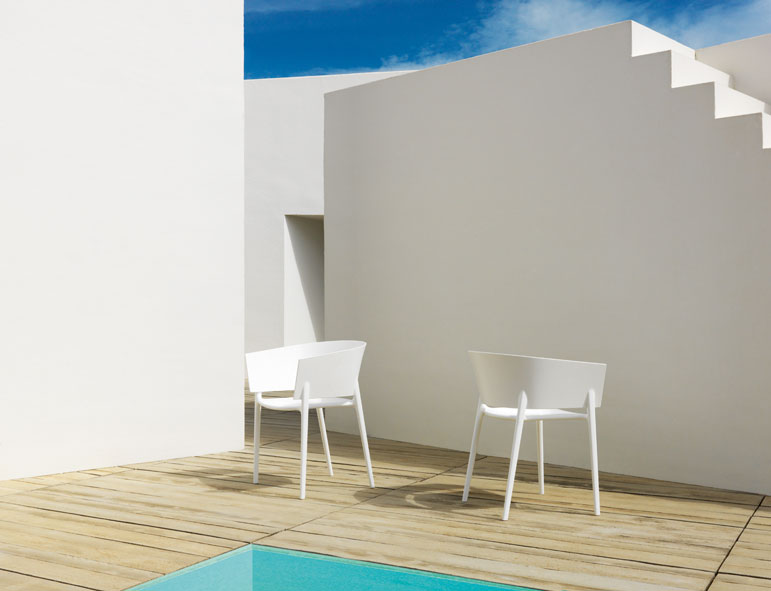 The designer from Ibiza launched his first outdoor collection for Vondom in 2014 with organic and evolving seats, connected via Bluetooth and capable of disseminating music: like shells for listening to the sea according to the designer. 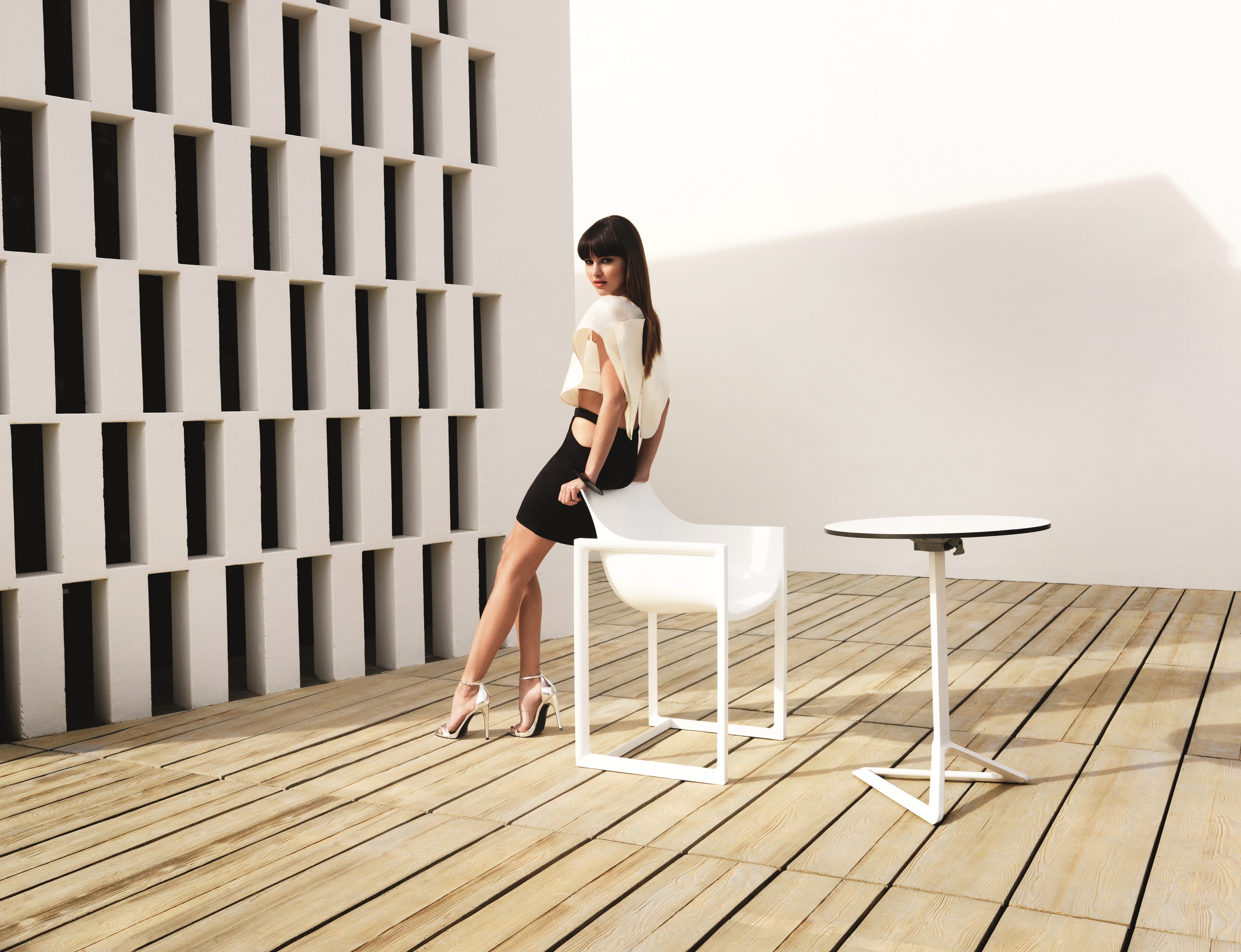 Adept at working at polar opposites, in 2014 he conceived a collection of archetypal and luxurious cutlery for Christofle, as well as a disposable plastic service for IPI, a manufacturer for whom he had already designed the Air France trays (2012). Nothing unusual for someone who says, ‘As soon as we try to refine a form, we end up with a knife, whether it concerns a design for a boat or a skyscraper.’ Continuing to produce the most direct and cutting-edge revelation of form as possible. From object to space, Eugeni Quitllet is a design maestro with a unique vision for rethinking our surroundings with ever-evolving innovation.