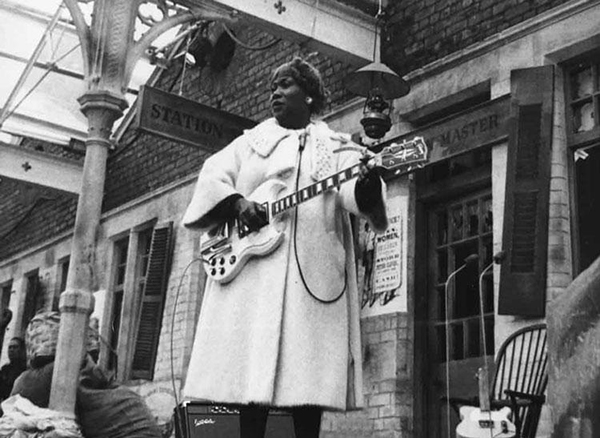 We live in an age where everybody seemingly has the ability to instantly capture photography and video.  As this has not always been the case we must be thankful that in times past, somebody had the foresight to organize some form of A/V to capture rare moments for future generations (us) to swoon over.

Such is the case in 1964 when Sister Rosetta Tharpe took to a makeshift stage at an abandoned railroad station in Whalley Range Manchester, England for the Blues And Gospel Train Festival.  This UK component of the festival was an initiative to bring American Folk and Blues to England. Many performers formed the travelling festival, but our favourite belongs to this soulful mama.

Wearing what would be found in a dress-up box in heaven, Sister Rosetta Tharpe steals the show as she sashays (truly, she does) across the platform from her horse drawn cart proclaiming

... before breaking into a sweetly energetic performance of Didn’t it Rain.

And didn't it rain, sugar?!